After her successful collaborations with Dorothy Circus Gallery in the group show “God is Her Deejay”and the special event “Printemps Parisien,”and after exhibiting her paintings at Scope art fair, in New York, the Iranian artist Afarin Sajedi returns to Rome for her first official solo show at DCG, “Illusion”.

In this exhibition, opening on April 16th 2016, the viewers will get the chance todrive through and dive into the artist’s suggestive brand new pieces; these deal with the theme of illusions –which also stands as the title of the show. Five shattering huge canvases welcome the viewer in the Red Hall of Dorothy Circus Gallery. 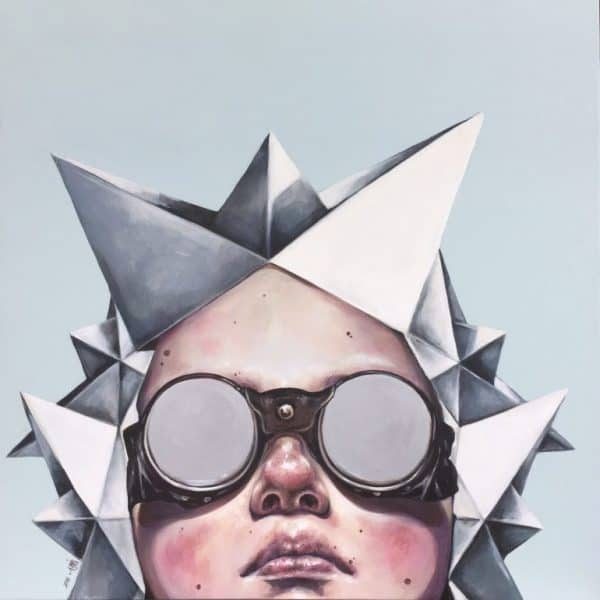 These stunning paintings are characterized by a central female figure on a plainly colored background, which is often cut by living elements and objects that cross a mystic scenario. The women depicted address identity and humans –whether men or women. They stand in their frames to communicate with all kinds of beholders, developing a silent speech made of suggestions and emotions, aimed at penetrating and striking the careful look of people admiring the artworks. Even though seemingly submerged in a deep sea of quietness, the women painted with acrylic brushes are meant to scrutinize the human soul, bringing to the surface themes related both to socio-political conditions and to the experience of inner feelings. 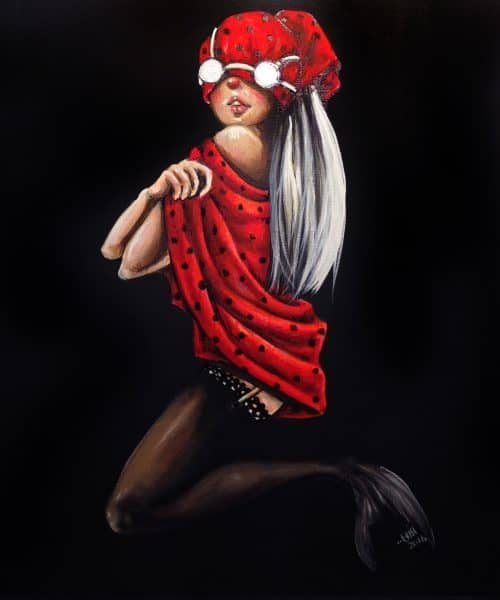