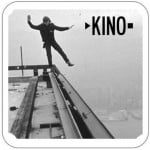 Not your average movie theatre, Kino Cinema and Bistro in Pigneto screens lesser-known independent films, documentaries, or in their own words: “what other cinemas won’t show you.” Kino took over the Grauco, a well-known film society from the 1970’s that was forced to close, and reopened the 2 level cinema and café as an alternative theatre for passionate cinephiles.

Check out Kino’s film review and blog of upcoming events, to catch flick you probably couldn’t see anywhere else, engage in a discussion about film and even get involved in future programs. Offering an alternative to the standard popcorn and coke, the cinema’s bistrot/‘enoteca is a cool place to grab a coffee, or glass of biodynamic wine before a movie. 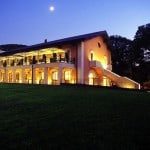 With a colorful history dating back to 1883, (the space was once used as a “latteria”) Casa del Cinema is a film institution in Rome. The house of cinema has a deluxe theatre, with 3 additional theatre and event spaces dedicated to the art of Italian cinema. For summer months, Casa del Cinema’s open-air theatre provides viewers with the opportunity to watch films al fresco in beautiful Villa Borghese. The plush “Deluxe Theatre” has film screenings films year-round in HD with Dolby surround sound and accommodates 124 spectators. The “Sala di Sergio Amidei and Cesare Zavattini,” named after two famous Italian screenwriters, hosts a rotating monthly display of photography exhibits dedicated to cinema and its protagonists. The “Sala Gran Maria Volonté” and Kodak theatre offer more intimate environments for smaller screenings, seminars and presentations. Each of the theatre spaces can also be rented out for screenings and private events.