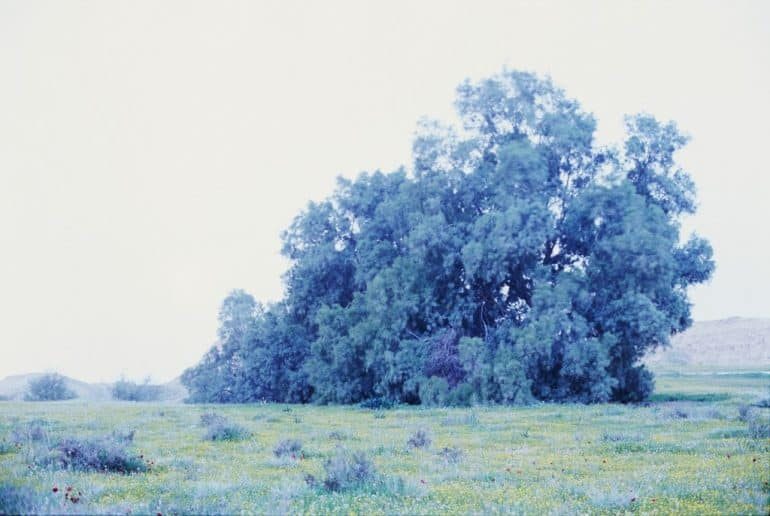 Rafael Y. Herman’s works are a series of large ecological installations. The artist brings to life a dialogue between light and darkness through his exhibited works, which were compiled within a six-year period of Herman’s artistic career. The photos exhibited are taken without any external or technological manipulation in order to capture the closest image to what the naked eye can see. The images are captured with a film camera and developed later on by the artist to further discover the connection and communication between light and dark. 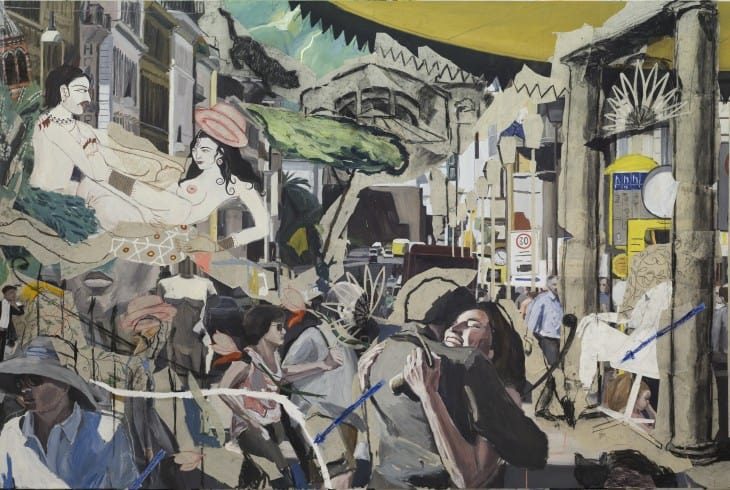 At Pavilion B, Luca Padroni’s stories find life. Through multiple styles and techniques, Padroni dives into his personal life, memories, experiences, and his history. The artist portrays Luca, both as the artist and as the primary character in his stories. The pieces that depict fellow artist Anna Paparatti’s home in particular capture his love for detail and storytelling. Padroni walks through the lives of several characters he builds in his works and portrays them in different environments alongside the additions he makes to the compositions from his own experiences. His collage pieces are the main elements of the show. The viewer gets to find small details in each painting like an unfolding puzzle of the artist’s subconscious. In a recent Q&A, Padroni walked along the his paintings while explaining that each piece has elements that are still open to interpretation, and that his compositions are never truly complete. 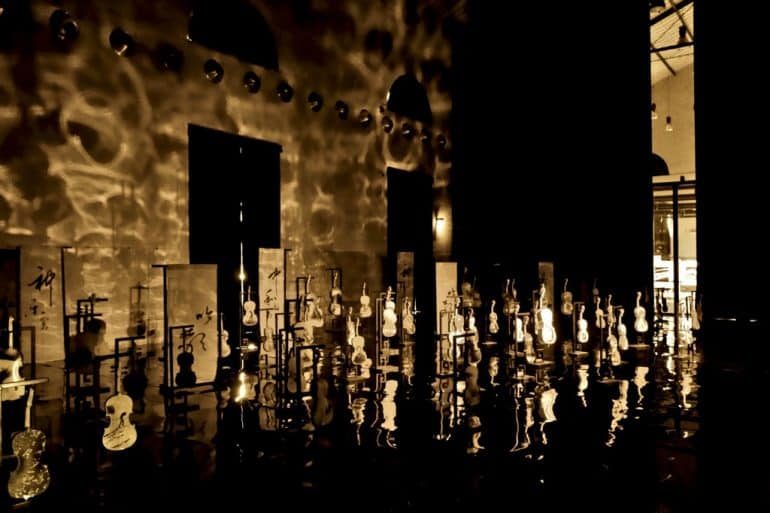 Li Chevalier’s exhibition was carried out in conjunction with “From La Biennale di Venezia & OPEN to MACRO, International Perspectives #4.” Curated and organised by Paolo De Grandis and Claudio Crescentini, the exhibition is done in parallel with “International Art Exhibition – La Biennale di Venezia” in order to utilise MACRO’s spaces for international artists’ works of installations and sculptures. Li Chevalier, who is a French-Chinese artist, uses her work to search for aesthetics and true value of objects. In her exhibition space, Chevalier exhibits her piece Polyphony which is a large-scale installation, composed of violins and thirty ink paintings. Her combination of the fine arts with music shows her stance on how the world is in an ongoing dynamism with no borders or nations. The installation is positioned on what seems like a vast sea and on this ground are several violins which have ink paintings on their backs, positioned to face towards the viewer.

MACRO Testaccio’s location further adds to both of the exhibitions in the pavilions. The vastness of the space creates very detailed attractions to Herman’s works, by wrapping up the viewer in the grand space and pulling them closer to solely observe the photograph. Padroni’s works which are usually smaller in scale in comparison to the larger collages done for the exhibition, almost ask and pull the viewer closer to comprehend even the smallest detail in all of the paintings.v