One of the country’s most anticipated performance events, Romaeuropa Festival, is returning to the capital for a very special birthday bash. This year marks the festival’s 30th anniversary and the program, titled RiCreazione is comprised of 50 events and will be pulling out all the stops to create, or recreate, a festival that is both a retrospective on previous partaking artists, and a reworking of the meaning of contemporary art. According to Artistic Director Fabrizio Grifasi, the title of this year’s edition is a playful reference to “the act of recreating the forms, the times, and the aesthetics of artistic creation.”

From the 23rd of September to the 8th of December, you will be able to stage hop between fourteen different venues to experience an array of theatre, dance, circus, art, technology and music. You will also have the chance to chat to artists at post-show talks, and sign up for workshops to refine your own artistic know-how.

The program features an impressive line up, dotted with both Italian premiers, internationally acclaimed newcomers and, in lieu of the festival’s theme, the return of some of the most memorable artists from past editions. 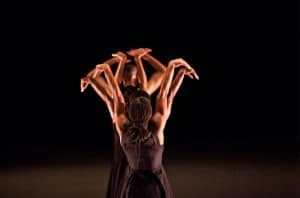 One of these artists is Akram Khan, who presented his ground-breaking choreography Kaash at Roma Europa over a decade ago. This year, the work, which was one of the first embodiments of Khan’s uniquely blended style rooted in his own migration history, will be restaged for the first time on the 14th-16th of October with Italian dancer Nicola Monaco taking over the part that Khan once danced. 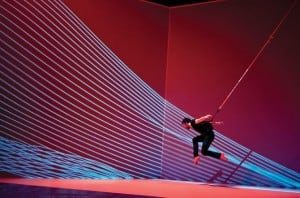 For something refreshing, don’t miss Le mouvement de l’air (22 – 25 October), a show by Adrien Mondot (computer scientist and juggler) and Claire Bardainne (graphic designer and digital scenographer) that pushes the boundaries in the space between digital art and live performance, and examines the relationship between fiction and reality.

If you’ve ever wondered about the connection between dance and cuisine, head over to Teatro Brancaccio to see the contemporary circus company LES 7 DOIGTS DE LA MAIN (25 – 29 November) perform surreal acrobatics amidst various kitchen appliances. 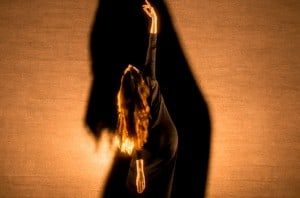 Another anniversary is celebrated in the form of the dance show Conceal | Reveal (6 – 7 October), performed in honor of the twenty-year collaboration between award-winning choreographer Russell Maliphant and lighting designer Michael Hulls. The show, at Teatro Argentina, will include both new and classic works by the talented duo.

Finally, don’t forget to catch the ever-exciting Digital Life exhibit at La Pelanda. This year’s edition is entitled Luminaria, and the program boasts twelve installations and many technological treats to reveal.

For the full program and more details on the upcoming events, visit: www.romaeuropa.net