It doesn’t get more Roman than this… while restaurants, nightlife and coffee shops are probably what you think of when you hear ‘Trastervere’, this busy neighborhood is also home to a local museum that’s often overlooked. The Museo di Roma in Trastevere is just feet away from the Basilica di Santa Maria, right in the heart of town. While art and photography exhibits come and go from its walls, there’s a permanent collection that’s definitely worth a visit. It’s titled ‘Picturesque Rome: Memories of a Passing Age’, by Ettore Roesler Franz. It just takes a quick glance to become intrigued. In fact, you’ve probably already seen his work in postcards, calendars and even stamps. (In 1995, Italy’s post office designed a stamp to mark 150 years since his birth). 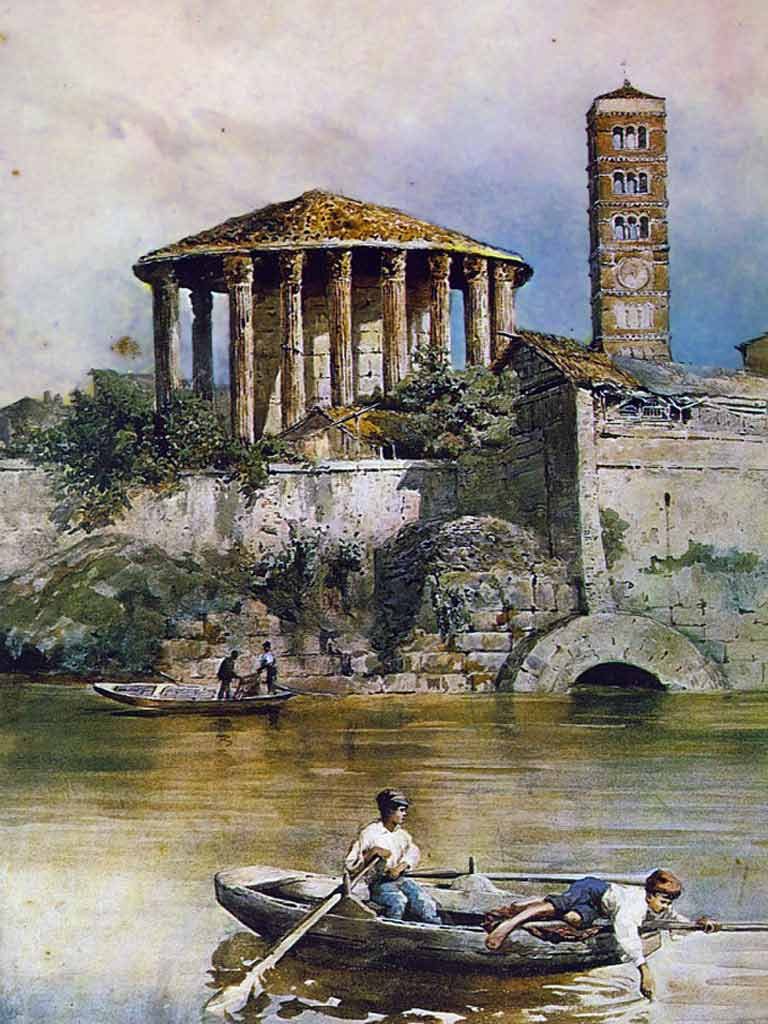 The late Italian artist brings Rome’s 19th century landscapes to life with striking precision. His watercolor paintings are so realistic, you can almost hear Rome’s city life emerging from them. Men, women, vendors, priests, children and even animals are depicted going about their day, just like any other day, through Rome’s historic streets and buildings. You’re almost tempted to step aside as a horse carriage passes by in one of his paintings, or even to take a good look at the corner market, to see if the fruit is ripe. By depicting the ordinary, it’s also quite refreshing to see that some things never change in the Eternal City. Franz’s paintings include homes with clothes hung out to dry and even Rome’s oh so common and unforgiving pot holes. But more importantly he also includes the unmistakable architectural jewels of Rome, like the Pyramid, the Tiber, adjacent Vatican streets, Piazza Venezia, Aventine Hill, Trastevere and Castel St. Angelo. The artist wasn’t just thinking about rendering beautiful images of Rome though – part of his mission was to record these neighborhoods in history. 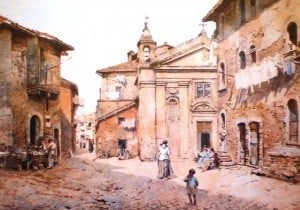 In the 1870-80s, shortly after Rome became the capital of Italy, the city was going through a makeover, which meant it would be forever changed. Buildings and streets would be demolished to make way for the new. Franz decided to record some of the most vulnerable streets and buildings through his paintings. He was such a perfectionist, it’s said he would even choose an exact time to render the drawings, so the brightness of the watercolors would be as close to reality as possible. In retrospect, his formula worked. He included street names, churches, the elite and non-elite living in these now famous neighborhoods and surrounded by these priceless buildings. The result is a collection of 120 pieces, of which 36 are on display in this museum. His work became quite popular both in Italy and abroad, but his fame was largely due to this very collection, that’s now rightfully so, in his native Rome.

His renderings are simple, yet appealing, historic yet relatable. Above all, they’re beautiful…and worth a visit. 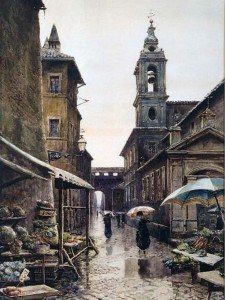