As one of the world’s premier tourist destinations, there are so many different events that occur in Rome all year round, from big-name concerts, to global conferences, to other unmissible events in Rome. And yes, there are also plenty of sports events that occur in the city. But which events should you consider attending or watching? Here are the events that Italians can’t miss in 2020:

Italians love football, and they take it very seriously. So the upcoming UEFA Champions League finals, held in May, will be a huge event. Fans will travel to the matches, gather in sports bars to watch the game, and wager on who will win the finals. You’ll be sure to see a party everywhere you look.

For some background, for the 2019–20 season of the UEFA Champions League, four Italian teams qualified: Juventus, Napoli, Atalanta, and Inter Milan. In particular, Juventus is one of the best teams in recent years, and they will likely be one of the top picks for making it to the finals. Sites like FoxBet are already offering fans a wide range of wagers to place during the season. So for Romans who love Juventus, the upcoming final will be an event that can’t be missed.

In May, the Coppa Italia Final will be held at the Stadio Olimpico, the largest sports venue in Rome. Over the years, the stadium has been the site for events like the 1990 FIFA World Cup Final and four UEFA Champions League finals. The top three teams in terms of making it to the finals are Juventus (18-time finalists), Roma (17-time finalists), and Milan (14-time finalists).

Currently, Lazio and Roma are both in the final stage and will be making it to the next round of matches in January. So it’s already an exciting setup for Romans to have two teams in the mix. But who will make it to the Coppa Italia Final? No matter what, with Roma being one of the top teams, it’s sure to be an exciting event (particularly for Romans). 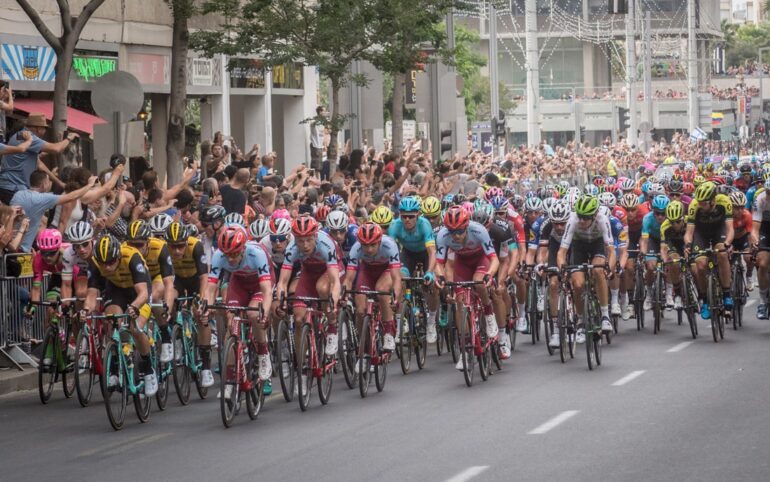 This cycling race is one of the most prestigious races in the world (along with the Tour de France and Vuelta a España). It has been held almost annually since 1909 and it takes roughly three weeks to complete. Each year the route is different, but it always includes mixed terrain and a route through the Alps.

In 2020, the race will be held throughout the month of May. It will start in Budapest and then make its way through Italy, finishing in Milan on the 31st. It’s supposed to be one of the toughest races yet. Although the event is not set to go through Rome this year, it will surely be a must-watch event for Italians everywhere.

This annual rugby union event, taking place in March at the Stadio Olimpico in Rome, will be the second match (of three) of the 2020 Six Nations Championship. The teams that will appear in the Championship overall are: Italy, England, France, Scotland, Wales, and Ireland.

The Italy vs. England match will be sure to be a thrilling and heated event, especially due to the teams’ histories. It will be an event that Italians and international rugby fans won’t want to miss. Not only will the match be exciting, but the fans are sure to put on a spirited display. Plus, Italy and England are big rivals. Since 1991, they have played 26 test matches together, with England winning every time. But will this finally be the year that Italy beats England?

There are many more events happening in Rome in 2020, and even more events elsewhere that Italians won’t want to tune out on. But the ones listed above will be some of the ones you absolutely can’t miss in the coming year.