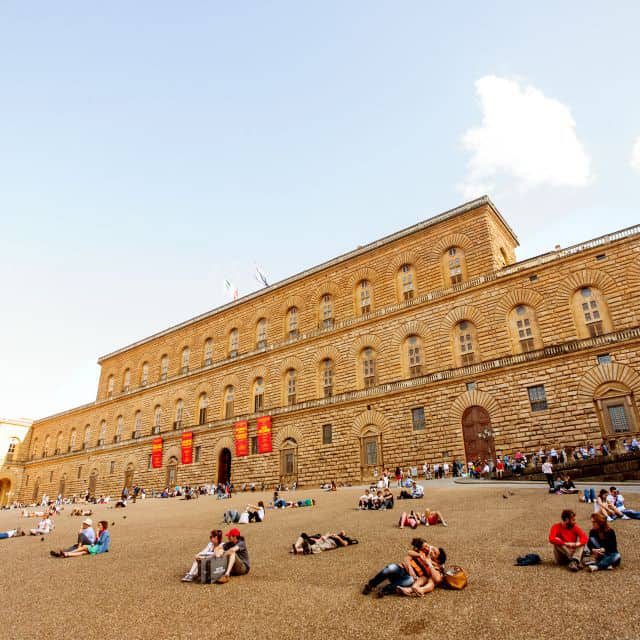 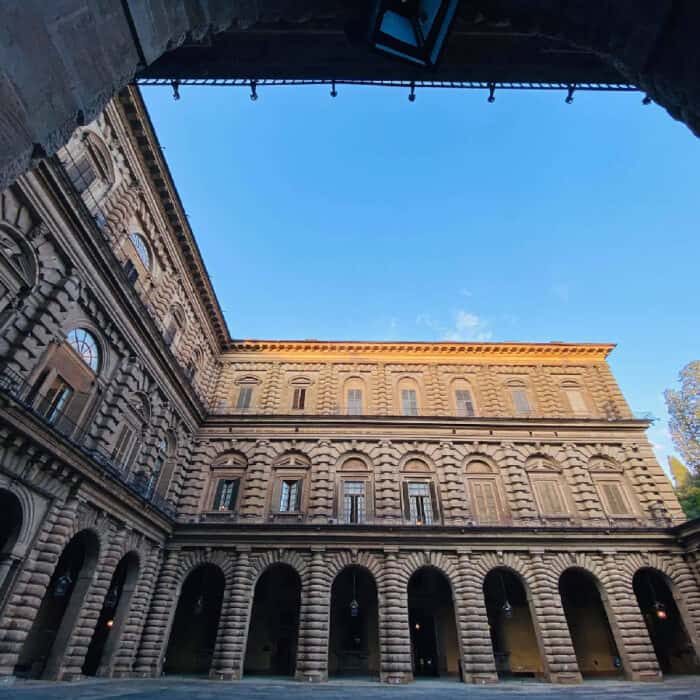 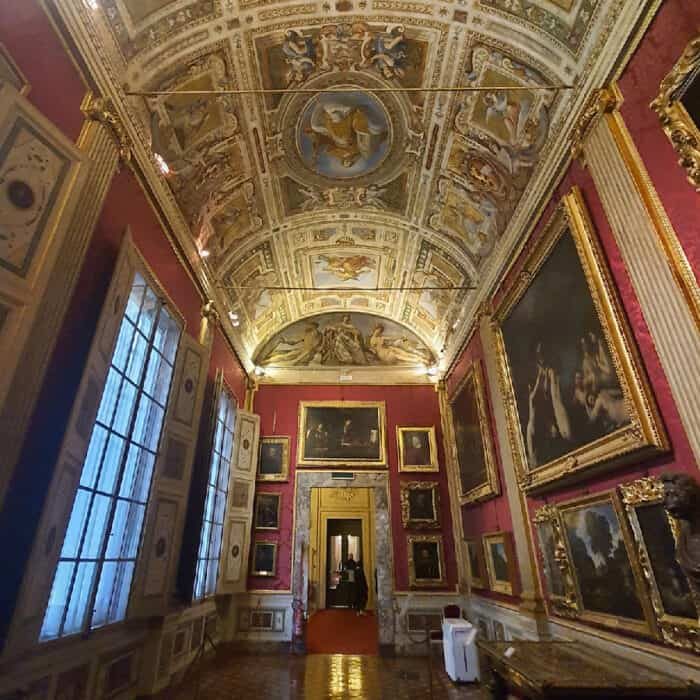 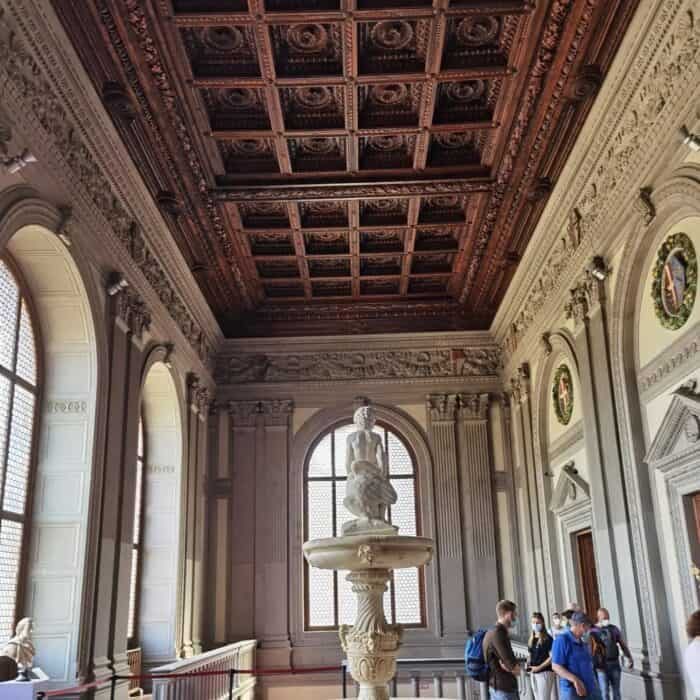 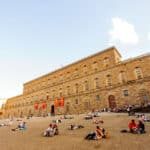 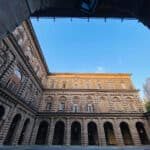 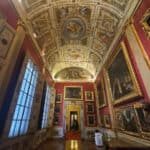 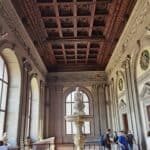 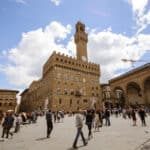 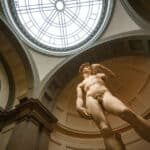 Visit the magnificient Palazzo Pitti, one of Florence’s biggest museums and admire the Palatine Gallery and the Gallery of Modern Art.

The original palazzo was built for the Pitti family in 1457, designed by Filippo Brunelleschi. Pitti Palace is the former home of the powerful Medici family, the lavish Renaissance palace now hosts an extraordinary collection of art. Admire some of the incredible works amassed by the Medicis during their rule. See works from Raphael, Caravaggio, Titian, Pietro da Cortona and Rubens.

From the windows, catch views of Brunelleschi’s Santo Spirito Basilica and the Boboli Gardens. Today, the Pitti Palace houses some of the most important museums in Florence: on the first floor is the Palatine Gallery, containing a broad collection 16th and 17th century paintings, and the Royal Apartments, containing furnishings from a remodeling done in the 19th century.

The Gallery of Modern Art, located on the second floor of the Pitti Palace, has a fine collection of paintings and sculpture, mostly Italian, dating from the late 18th century to World War I. The elegant rooms, which were inhabited by the Lorraine grand dukes, are decorated with works of the neo-classical and romantic periods.