Florence is the cradle of the Renaissance, which means the amount of piazzaspit, palazzos and museums in the Tuscan capital is endless. If you’re visiting Florence for just a few days, trying to pick which places to visit might be overwhelming. From 13th century fortresses to private residences turned into museums, the selection is truly vast. Here is our selection of the best museums in Florence.

Since 2014, the Uffizi Galleries connect three fascinating museum complexes – the Uffizi, the Giardino di Boboli and the Palazzo Pitti – through the Vasari Corridor. These three structures, together, make up the core of the art collections of the famous Medici, Habsburg Lorraine and Savoy families. The galleries are an authentic collection of treasures that range from ancient times to the 20th century. The Uffizi Gallery itself occupies the first two floors of the large palazzo on Piazzale degli Uffizi, built from 1560 to 1580, and designed by Giorgio Vasari. Its fame is renowned worldwide for its stunning antique sculpture collection and artworks that range from the Middle Ages to modern times. Among the art collections you’ll find Renaissance paintings that belong to artists like Giotto, Simone Martini, Piero della Francesca, Botticelli, Leonardo, Raffaello, Michelangelo and Caravaggio, to name a few. Flemish, Dutch and German masterpieces are also present in the gallery, as well as the Italian collection of sculptures that belonged to the Medici family. Expect great temporary exhibits, too.

Uffizi Gallery Private Tour: Explore the Heart of the Renaissance

Skip the line at Florence’s Uffizi Gallery and discover the largest collection of Renaissance paintings in the world. With a private guide enlivening the gallery highlights with anecdotes and historical context, you’ll gain a more thorough and textured experience of pieces by Botticelli, Michelangelo, Leonardo, Raphael and more.

Palazzo Pitti has been the royal palace for three dynasties–the Medici’s, the Habsburg Lorraine’s and the Savoy’s. It was first acquired by Cosimo I de’Medici and his wife Eleonora di Toledo for the purpose of transforming it into a grand-ducal residence in 1550. Soon, it became the symbol of the Medici family’s power in Tuscany. The palazzo still bears the name of its first owner, the famous Florentine banker Luca Pitti. Today Palazzo Pitti is home to four different museums: the Treasury of the Grand Dukes on the ground floor, the Palatine Gallery and the Imperial and Royal Apartments on the first floor, and the Gallery of Modern Art and the Museum of Costume and Fashion on the second floor.

Palazzo Vecchio is the political symbol of the city of Florence, located in Piazza della Signoria. It was the former residence of the Medici family and was once the seat of government in Florence. The original project was by Arnolfo di Cambio, who designed a fortress in 1299 that was supposed to rise over the ruins of the Ghibelline towers of the Uberti, who were defeated by the Guelph faction (and also mentioned in Dante’s Divine Comedy). The name Palazzo Vecchio or “old palace” was given to the palazzo after Palazzo Pitti was built, which took the name “palazzo nuovo” or “new palace”. Today the building is an art museum, but the interest lies more within the history of the building. Among the must-visit rooms in Palazzo Vecchio is the Sala del Cinquecento with its stunning frescoes originally decorated by Leonardo (who began painting the Battle of Anghiari) and Michelangelo (who began painting the Battle of Cascina), neither of the artworks were ever completed. All the rooms in Palazzo Vecchio have been decorated by extraordinary artists like Donatello, Giorgio Vasari and Michelangelo. In addition to the numerous chambers you’ll also find various secret routes!

While there are replicas of the famous David by Michelangelo in Piazza della Signoria and in the center of Piazzale Michelangelo, the Accademia Gallery is where the original statue of the David is located. But Michelangelo’s masterpiece isn’t the only artwork that’s worth the visit. Among the highlights you’ll find the copy of Flemish artist Giambologna’s masterpiece The Rape of the Sabines, whose original copy is located in the Lanzi Loggia in Piazza della Signoria. Not to mention The Slaves by Michelangelo.

Located inside the 13th century Palazzo del Bargello – initially the headquarters of the Capitano del Popolo and later of the Podestà and Council of Justice. The palazzo takes its name from the Bargello, or Chief of Police, and was used as a prison for the entire 18th century. In 1865 it was turned into a national museum and today houses the most important collection of Renaissance sculptures, coming from the grand ducal collections. The museum unfolds into three floors: on the ground floor you’ll find the Sala di Michelangelo with sculptures by Michelangelo, Cellini, Giambologna and Ammannati; the first floor is dedicated to the Sala di Donatello, with the most famous artworks by the Florentine artist (David, Attis, San Giorgio, Marzocco), sculptures by Luca della Robbia, and more; the last floor cherishes masterpieces by Andrea and Giovanni della Robbia, the Sala dei Bronzetti, the Sala di Verrocchio, and the Sala dell’Armeria, among others.

Located in Piazza Santa Maria Novella, the Novecento Museum houses a collection of 20th and 21st century Italian artworks. Inaugurated in 2014, the museum was born to offer visitors a more in depth perspective on 20th century art. The selection of artworks focuses on Italian art of the first half of the 20th century, with the Alberto della Regione collection being one of the most rich collections, displaying artworks by Giorgio De Chirico, Filippo De Pisis, Gino Severino, Giorgio Morandi and many others, donated by 200 artists after the 1966 blood which damaged thousands of works of art. Although the permanent collection itself is enough of a reason to visit Museo del Novecento, don’t miss out on the temporary exhibits!

While Salvatore was not originally from Florence, when he returned to Italy in 1927 he decided to settle into the city of the Renaissance. Why? Because Florence was known for its craftsmanship, textile traditions and creativity. What better place for a fashion designer? Just  footsteps from the Ponte Santa Trinita bridge you’ll find the Salvatore Ferragamo Museum where you’ll embark on a journey through the life of one of the most famous fashion designers and master shoemakers worldwide. Among the many sections of the museums you’ll find hundreds of Ferragamo’s favorite shoes on display – some even worn by some of the most famous international stars, from Audrey Hepburn to Marilyn Monroe. You’ll also learn about the history of Salvatore and the role he played in revolutionising and setting trends not just nationally but internationally. 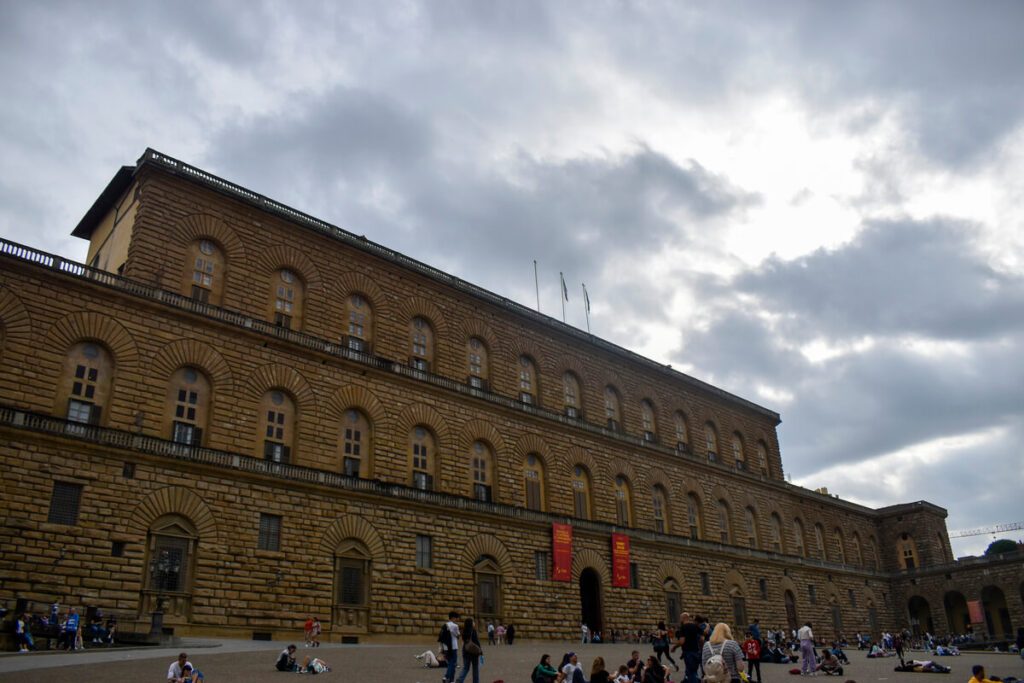 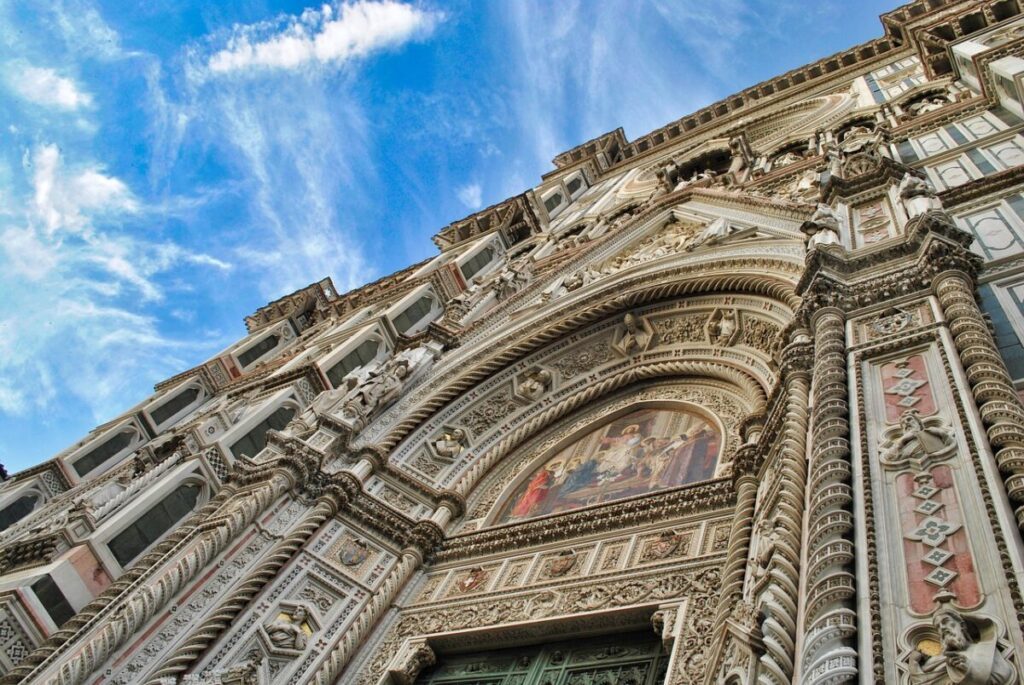 Artists from Florence you should know of 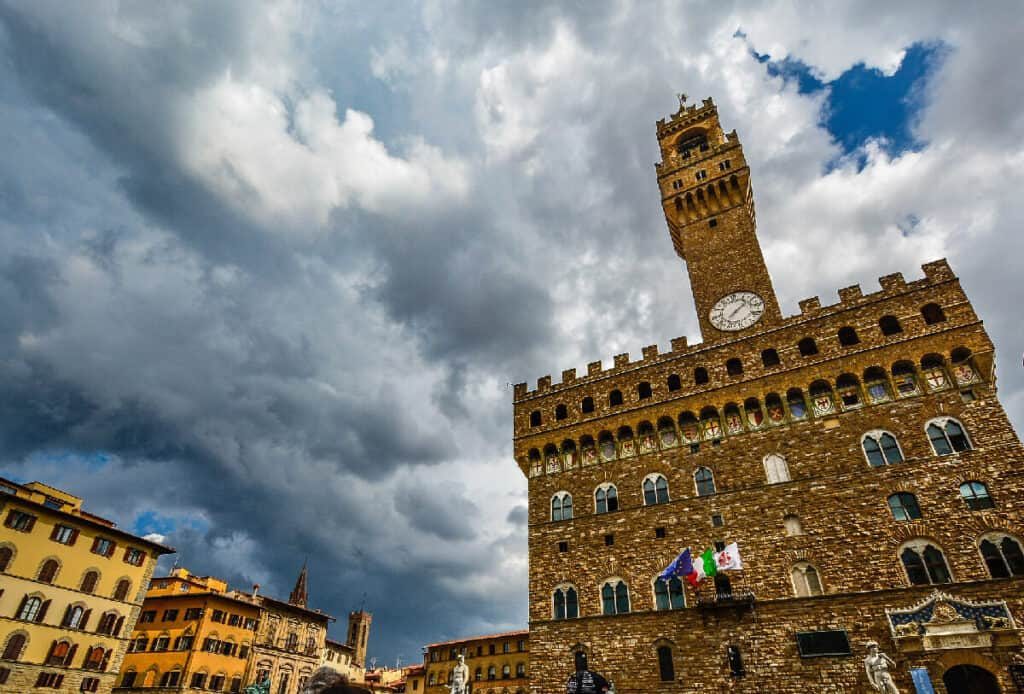 Palazzo Vecchio: Where the History of Florence Comes Alive

No art enthusiast’s trip to Florence is complete until he/she pays a visit to the Stibbert Museum. Sometimes underrated due to its non-central location, the Stibbert Museum is a gem that includes almost 50,000 objects ranging from archeological items to liturgical objects, from Japanese and Middle Eastern armor to musical instruments. The museum was created by Frederick Stibbert, son of a colonel of the Coldstream Guards and grandson of Giles, Governor of Bengal. When Giles passed, Frederick inherited a fortune and started collecting artworks and all sorts of precious objects, effectively turning his beautiful Villa di Montughi into a house museum. After he died, the museum, villa and gardens were given to the city of Florence, leaving knowledge and history to future generations. This museum allows visitors to travel back into time, experiencing artworks in a villa furnished and decorated with antiques from all over the globe.

Leonardo Da Vinci is without a doubt one of the most famous artists, engineers, architects and geniuses ever seen in the history of humanity. He’s the perfect representative of the Renaissance. Apart from his famed paintings and sculptures, Leonardo was also known for being an incredible inventor, way ahead of his time. At the Leonardo Da Vinci Museum in Florence, you’ll be able to witness real life reconstructions of his inventions. It’s the perfect place for Leonardo Da Vinci lovers and a great museum for kids, too.

Palazzo Strozzi is one of the most beautiful Renaissance buildings in Italy, born from the rivalry of the Strozzi family with other Florentine noble families, specifically with the Medici family. As you can imagine, the rich Florentine families were always in competition with one another to have the most marvellous buildings. Thanks to this rivalry we have the stunning Palazzo Strozzi which, in 2006 , became a public-private cultural foundation which organizes ancient, modern and contemporary art exhibitions. If you’re searching for a different kind of art scene in Florence, from contemporary and international exhibits, this is a must-visit. Palazzo Strozzi has hosted artists like Ai Weiwei and Marina Abramovic and always has a special roster of performances, workshops, talks and exhibits in store. Another plus, in comparison to other museums in Florence it is definitely less crowded.