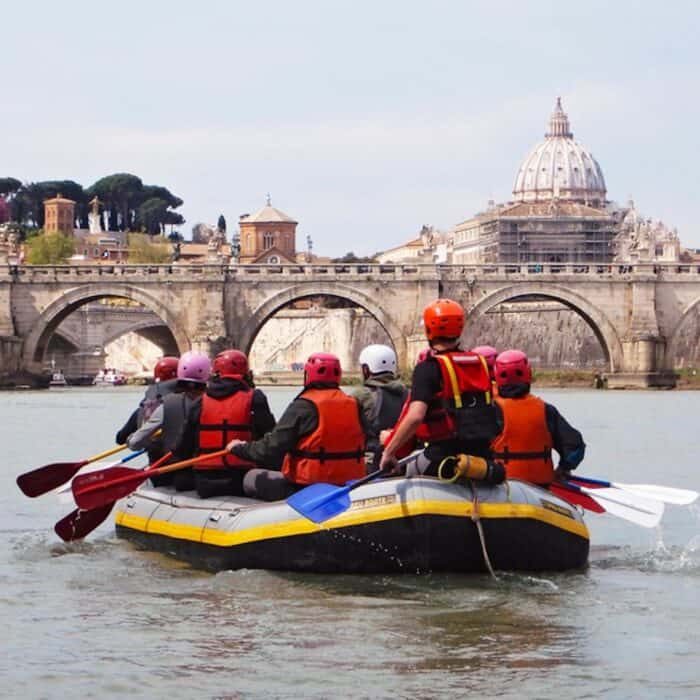 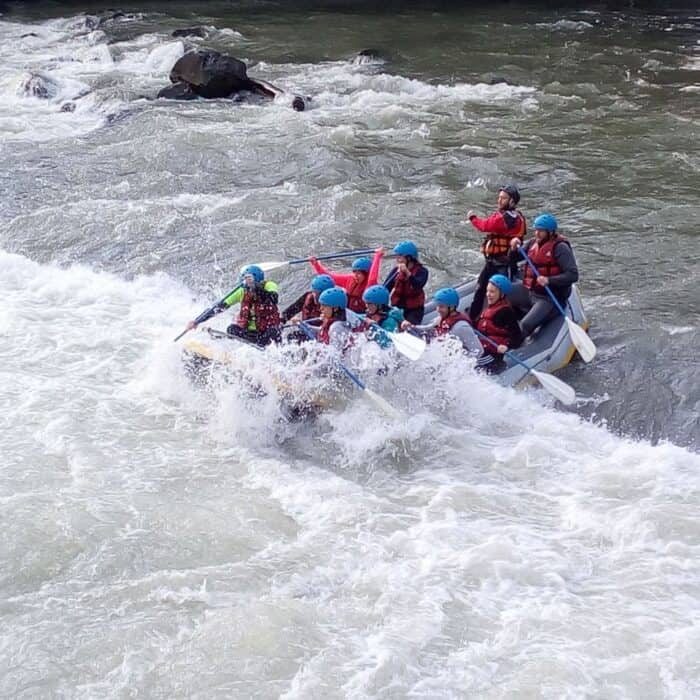 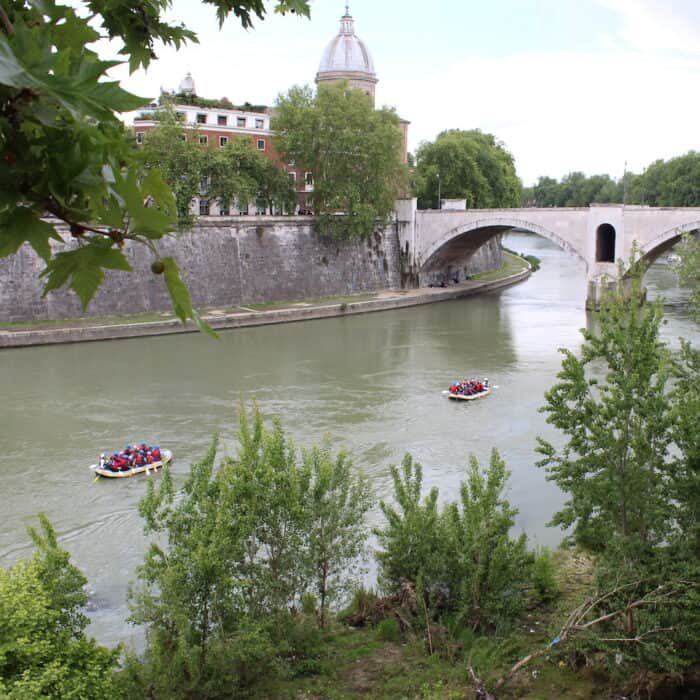 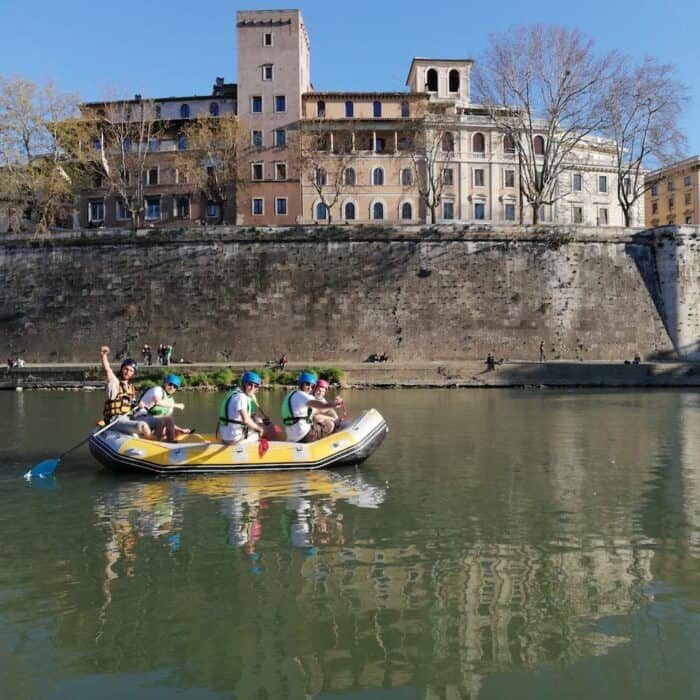 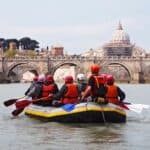 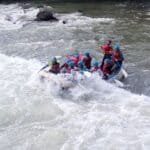 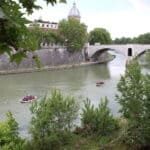 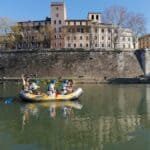 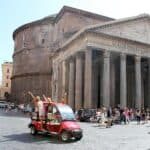 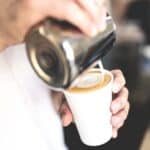 Experience Rome like never before by rafting along the Tiber River! Get away from the hustle and bustle and see the Eternal City from the river. The route starts near Piazza del Popolo, then goes down the river, playing on some white water rapids. From Castel Sant’Angelo to the Tiberina Island, get ready to see Rome from a different perspective, away from the noise and traffic.

The route passes through Rome starting near Piazza del Popolo, it goes down on the river, playing on some white water rapids, away from the noise and traffic. The landing is in Trastevere.

The meeting point with our guide is at Porta del Popolo, near the metro exit. From there a short walk takes us to the boarding point. The initial briefing held by expert guides will provide all the information required to carry out the activity safely: description of the behavior in the boat, the commands, the technique of paddling, the equipment and what to do in case of a fall in water. Further explanation will then be provided directly on the boat.

Boarding is at the base of the Scalo de Pinedo, on the left bank. Some paddling to familiarize yourselves with the activity and the descent continues quietly, gliding on the water away from the traffic and noise of the city. Ancient and modern bridges following one after the other until all of a sudden, after a curve, you’ll se the majestic St. Angelo Castle and the imposing Dome of St. Peter (Vatican City) in the background! A first stop just under the Castel Sant’Angelo allows the participants to relax and take pictures. Another few hundred meters and you reach the Tiberina Island. While the ferry takes the right branch and stops shortly after Ponte Garibaldi we take the left branch and face the rapids below Ponte Garibaldi and those under Ponte Fabricio, another ancient Roman bridge! If the level of the water is right we can stop and have a walk around the Tiberina Island before landing on the Trastevere side of the river.