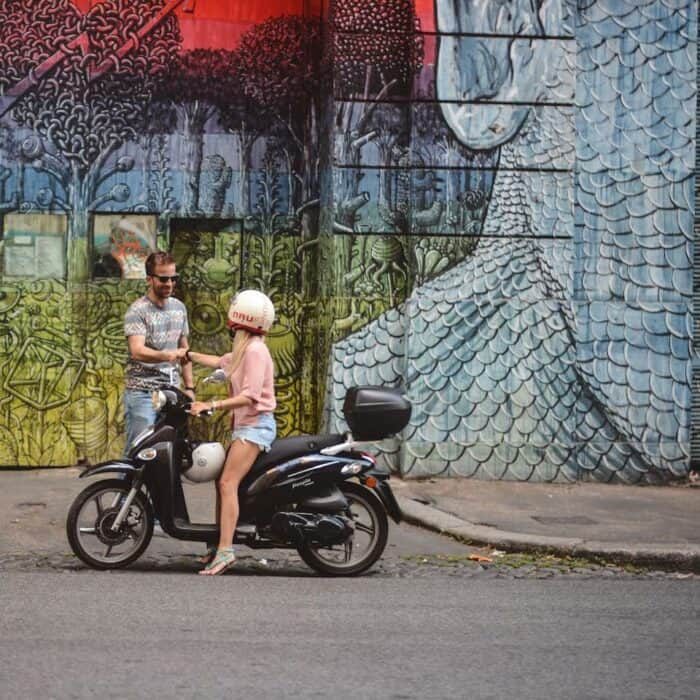 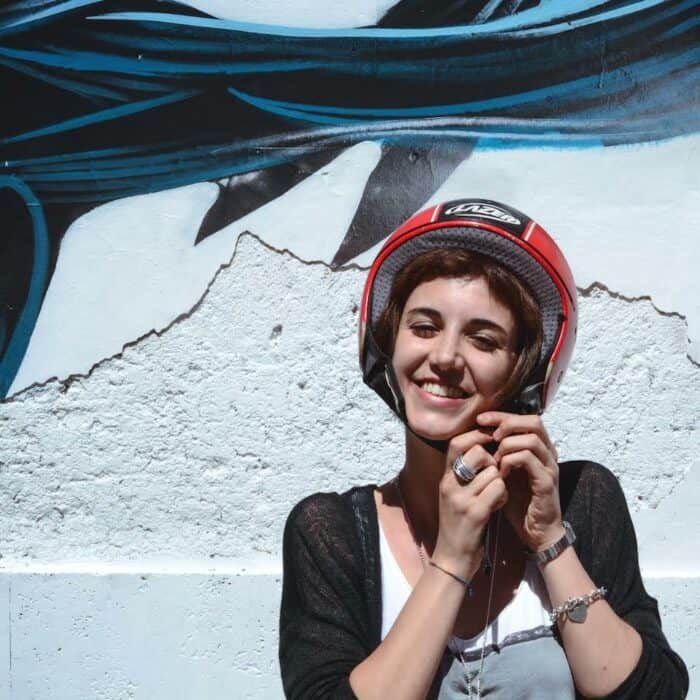 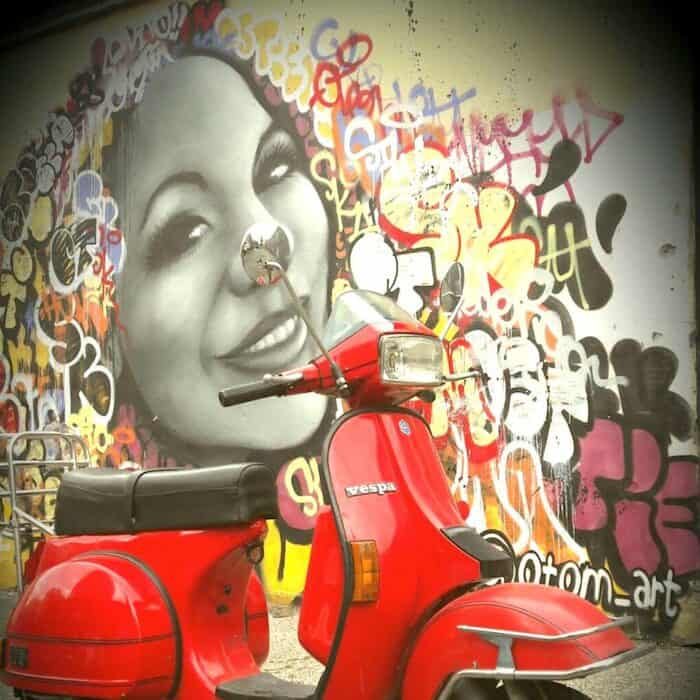 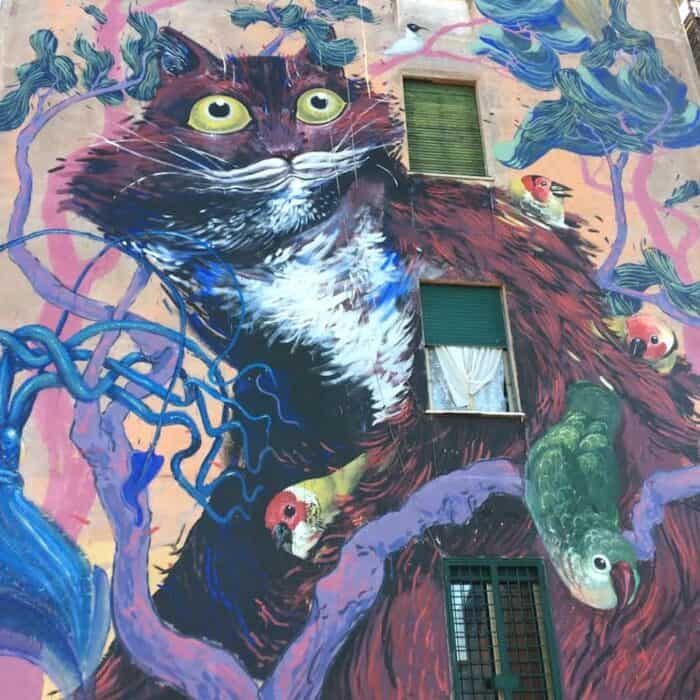 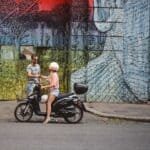 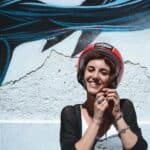 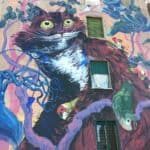 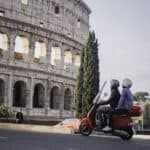 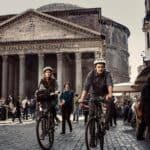 TIME: every hour, from 9am till 5pm (last ride)

MEETING POINT: Via in Selci, 58 or preferred pick-up point in the city

Witness incredible forgotten buildings and hidden walls flourish in color and drawings on this 3-hour street art tour of Rome on the back of a Vespa. See millenary buildings and ancient ruins smoothly blend with this new disrupting form of art. And get your camera ready for the most unconventional Rome you would ever imagine! From Tormarancia, to Porto Fluviale and Garbatella, get ready to discover a whole new side of the Eternal City.

This tour is an exclusive 3 hours Vespa ride across the contemporary districts of Garbatella, San Saba, Eur, Ostiense, Tormarancia. Enjoy a day of your holiday discovering the unconventional side of Rome in a cool way.

This tour is designed, to enjoy outdoor street art signed by international artists such as Diamond, Lucamaleonte, Blu, Sten & Lex and many others. Get your camera and your tummy ready, the unconventional side of Rome is waiting for you!

8 reviews for Street Art Vespa Tour of Rome: the Best Street Art of the Eternal City