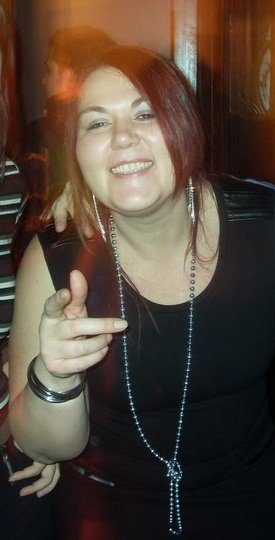 Italian-American Patrizia Di Gregorio has been living in Rome for 11 years. She is the founder of Expats living in Rome, an international social network based in Rome.

Where are you from? I was born in a small southern town in Caserta, Italy and thank God my parents moved to the New York when I was only a baby because I can’t see my myself living in that little town today! I’m originally Italian but I feel lucky to have experienced both cultures.

Favourite part of Rome? Wow, there are so many – I would have to pick campo De Fiori for sure. The morning market to pick up your fresh veggies and fruit. In the evening you can’t go wrong meeting with friends in Campo.

What is your least favourite? My least favourite would be Piazza Navona and I feel now like I’ve offended so many saying that. I think the fountains are great, the square is beautiful but I wouldn’t consider it a place I hang out in or meet up for a drink with someone. The food is bad and most restaurants are overpriced and have preheated food. It’s a tourist hang out. I’ve already taken my pictures of Navona and I’m happy with that.

Which neighbourhood do you live in and what’s it like? I live in San Giovanni area and after 11 years I made sure I found a place on a side street. After living near main streets or central I thought it was time to live on a side street and next to a park. I still have to deal with the garbage pick-up at 7am but that lasts about five minutes – there is still double parking but not all day long. I’ve lived in places where opening a window was impossible because of the traffic and noise. At times I felt as if I lived on the street instead of in a house. I just can’t see paying more to live in that area. It’s just too much chaos for me. I wouldn’t live there even if it cost less. Next time you are in Trastevere and you feel water being thrown from a window because you are laughing out loud with your friends, think about how that person feels. They probably have to do that every night. The solution is to move but love Trastevere!