The best theaters and opera houses in Rome

Rome is known as one of the cultural capitals of Europe. And by all means, it’s not just because of its open-air museum. The Italian capital has countless theaters and opera houses for you to enjoy ballet, opera, musicals, comedy, prose and concerts. Here, we list some of the most famous and most interesting theatres and opera houses in terms of artistic calendars. 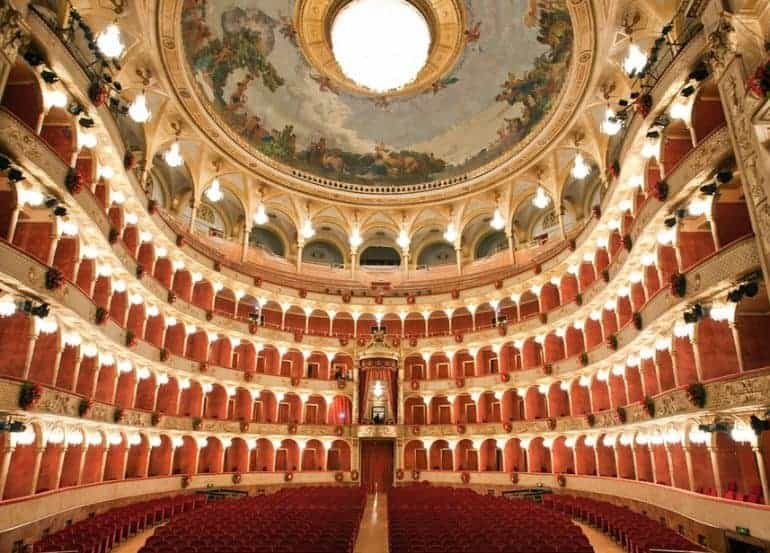 Inaugurated in 1890 with a Neo-Renaissance style, Teatro dell’Opera is Rome’s very own Opera House boasting a Fascist 1920s exterior. Also known as Teatro Costanzi – after Domenico Costanzi who built and financed the construction of the theater – the theater was remodeled in 1926 and again in 1958 by architect Marcello Piacentini. Over the course of its life, Teatro dell’Opera has gained more and more prestige internationally, and hosted performances by world-renowned artists such as Caruso, Gigli, Del Monaco, Maria Callas, Renata Tebaldi, Montserrat Caballé and Raina Kabaivanska, as well as acclaimed orchestra conductors Toscanini, De Sabata, Klemperer, Abbado and the Master Riccardo Musti since 2008. Teatro dell’Opera di Roma can seat up to 1600 people and its horseshoe shape allows for excellent acoustics. Opera and ballet performances are staged between September and June, while during the summer, the program takes place in the stunning scenery of the open-air Roman Terme di Caracalla. 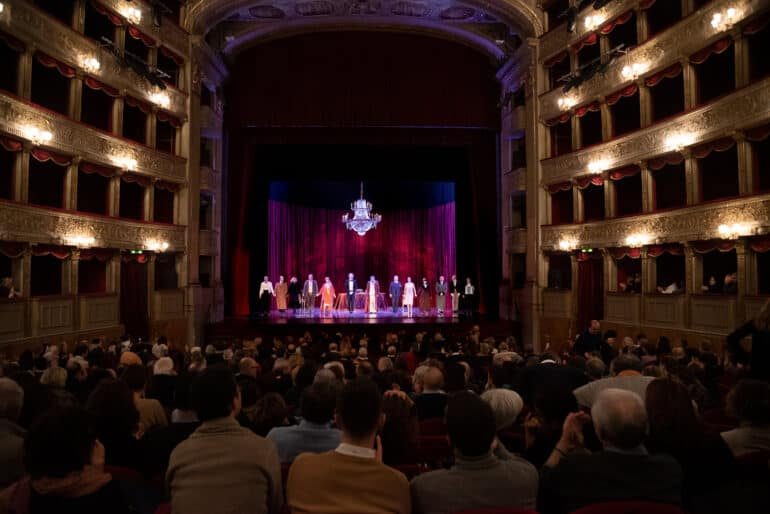 Since its inauguration in 1732, the Teatro Argentina theater has become the reference point for the cultural proposal of the “Theater of Rome”. It has hosted premier performances of operatic masterpieces such as “Il Barbiere di Siviglia” by Gioachino Rossini in 1816 and Verdi’s “Battle of Legnano” in 1849. The leading themes of the theater’s artistic calendar have always been dramaturgical performances and prose, both classical and modern. Of ancient origins and dating back to the time of Augusto, the horseshoe shape of Teatro Argentina has been designed to allow music to reach the audience in the best and most uniform way possible. The halls can seat almost 700 people. 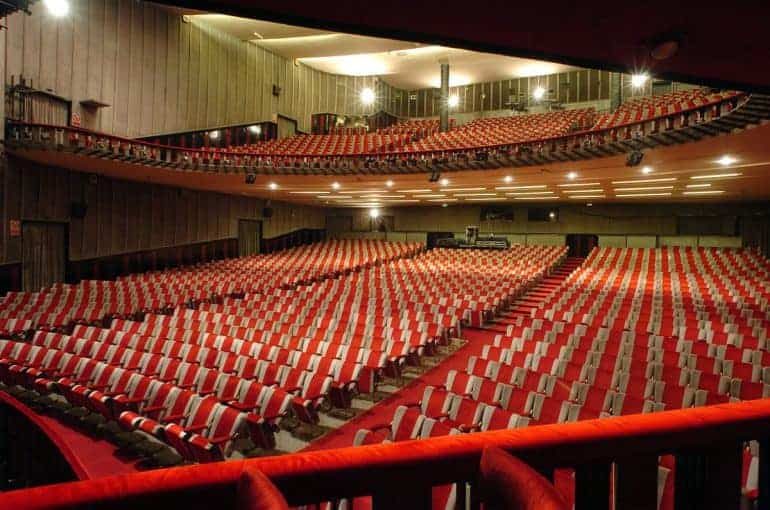 Unlike other theaters, an immense hall without any columns and other structures characterizes Teatro Sistina, allowing the public excellent visibility from any seat. Designed by architect Marcello Piacentini, and located between Piazza Barberini and Trinità dei Monti, Teatro Sistina was inaugurated in 1949 as a cinema-theater. It was only later, in the 1950s, that it enhanced its vocation for theatre and became a unique, modern place to enjoy ballet, musicals, prose and concerts in Rome. Since 2003, the Ministry for cultural Heritage and Activites has recognized the theater as the stable theater for Italian Musicals. Its stage has hosted the greatest international artists and the most popular musical performances, from Louis Armstrong and Woody Allen to West Side Story and Aggiungi un Posto a Tavola. Teatro Sistina is one of the largest theaters in Italy and can seat up to 1565 people. 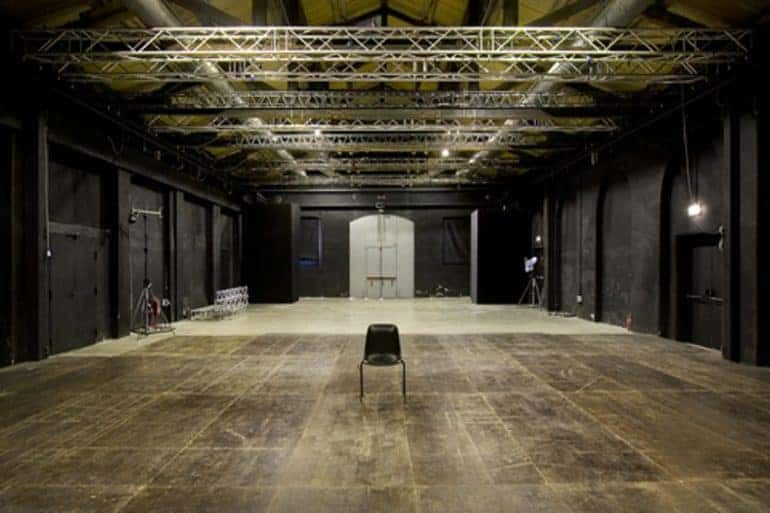 Inaugurated in 1999, Teatro India was designed to offer a second home for the cultural proposals of the “Theater of Rome”, after the historic one of Teatro Argentina. The then artistic director of Teatro Argentina – Mario Martone – chose the name “India” to evoke a place rich in history and memories. Located in the former Mira Lanza factory, Teatro India is symbolically associated with the Gazometro, which visibly dominates the other bank of the rivers and is considered a contemporary monument, icon of 20th century Rome. 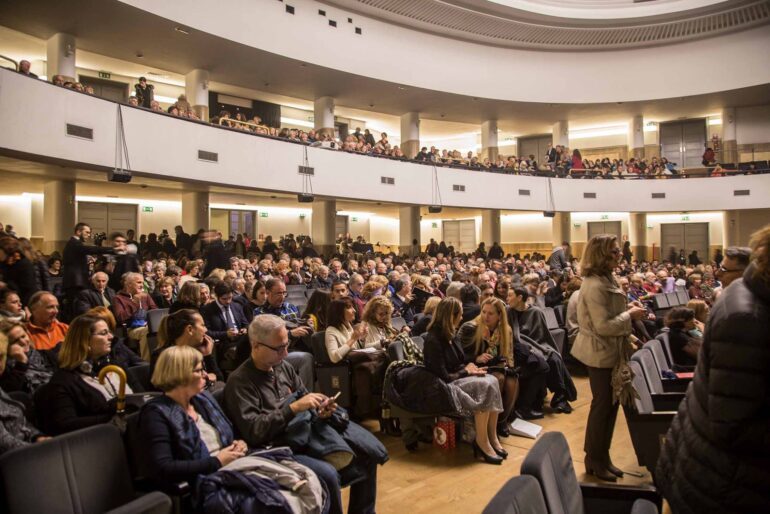 Inaugurated in 1936, Teatro Olimpico is still today one of the most diverse cultural realities in Rome. From dance and music, to authoring, cabaret and classical music, this theater delights with its proposals. Located among new cultural structures such as Auditorium Parco della Musica, MAXXI and the Ponte della Musica bridge, Teatro Olimpico devotes a great deal of attention to dance performances and hosts the concerts of the Accademia Filarmonica Romana since the 1980s. The Olimpico theater is also where the dance performances of the International Dance Festival of Rome take place each year from March to April. One of Teatro Olimpico’s strengths is its unconventional architecture–a mix between a variety theater and a movie theater, that reminds us of the atmosphere of Broadway theaters. 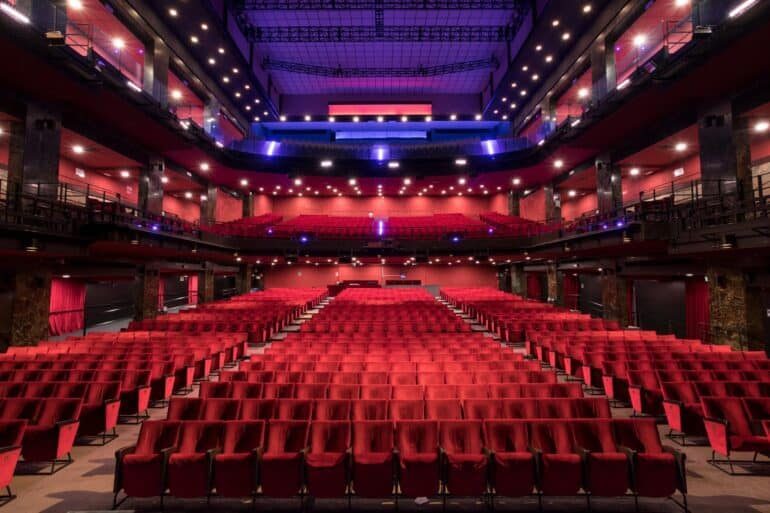 Located in the Esquilino neighbourhood, Teatro Brancaccio was designed by architect Luca Carimini and realized by engineer Carlo Sacconi. The theater was initially inaugurated in 1926 with the name Teatro Morgana, which then changed to Politeama Brancaccio. After years of decadence, Teatro Brancaccio – thanks to its modern renovation – has hosted prestigious performances, from opera and ballet to prose and famous musicals. Subject to a recent renovation, the Brancaccio Theater is a multipurpose space that hosts more than 1680 seats, consisting of an auditorium and a double balcony. Great artists have performed on this stage including Ettore Petrolini, Totò, Aldo Fabrizi, Anna Magnani, the tenor Giuseppe Di Stefano, and musicians such as Fabrizio De André, Jimi Hendrix (1968), Louis Armstrong e Adriano Celentano. 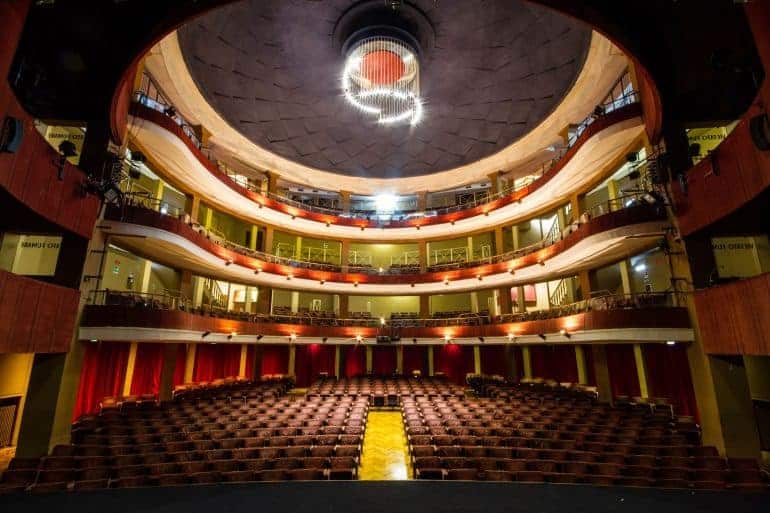 Built in 1871, Teatro Quirino – Vittorio Gassman is situated in a corner of Rome’s Baroque and Neoclassical center, next to Fontana di Trevi. After having hosted prose, operetta, popular performances and ballet performances, the theater reopened in 1914 with a lyrical season under the direction of Master Pietro Mascagni. Among the historic artists who have performed at Teatro Quirino are Ettore Petrolini, Eduardo De Filippo, Vittorio Gassman, Carmelo Bene, Carlo Giuffrè, Giorgio Strehler, Paolo Stoppa, Paola Borboni and Luca Ronconi. Today, with its 850 seats, the Quirino Theater features a wide and varied cultural proposal in the field of live entertainment. 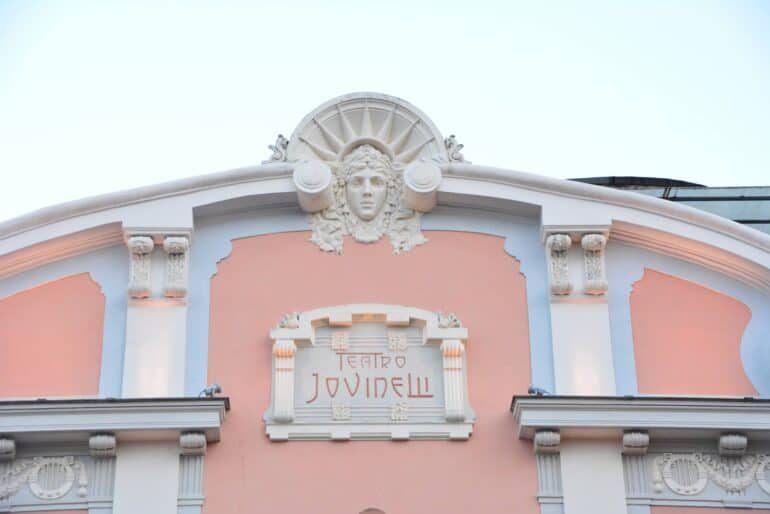 Known for being the only theater in Rome with a Liberty style, L’Ambra Jovinelli is mainly dedicated to comedy performances. It was built in 1909 for the will of the theatrical impresario, Giuseppe Jovinelli, who wanted to give life to a lavishing theater with sumptuous varieties, worthy of being compared to a prosaic theater, usually stylistically richer and more noble. In 1982, a fire burned down the whole structure, and closed until the ‘90s, until restoration works brought L’Ambra Jovinelli back to its early 20th century features. The theater, located in the Esquilino neighborhood, re-opened in 2001 as a comedy theater, and represents for many Italian comedians and satarists a home away from home.

Via dei Due Macelli, 75 (centro storico)
What: Variety shows
salonemargherita.com 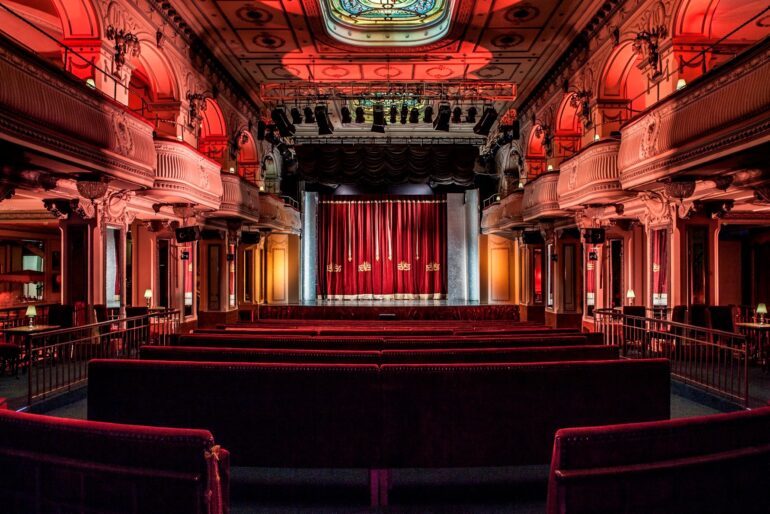 Salone Margherita was inaugurated in 1898 and named after Queen Margaret, the wife of Umberto I of Italy. The theatre’s program offers operas, comedy and variety shows, including burlesque. But Salone Margherita isn’t just a theater, it’s also a meeting please. It was born as a Café Chantant, a place where you could spend time before or after a theater performance, sipping whiskey or tasting sophisticated food. After more than 100 years since its foundation, Salone Margherita is proud to be one of the few theaters that still maintains this tradition in time. As well as enjoying a theater performance you can also dine during the show! Chef Ben Hirst offers a gourmet selection to accompany the vast array of shows at Salone Margherita.