Places to visit in three days in Rome

Of course, we’ve had to leave out a lot of great spots in the city in order to keep things brief – if you really want to know Rome you’ll just need to move here. However, this is a good start if you’re short on time… 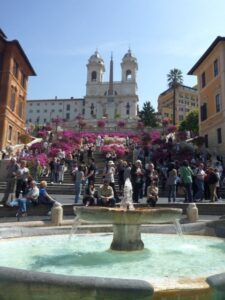 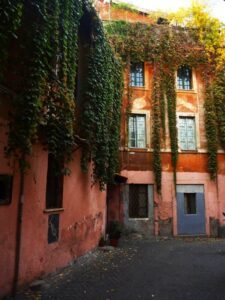 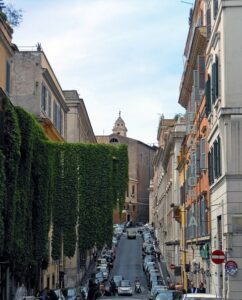 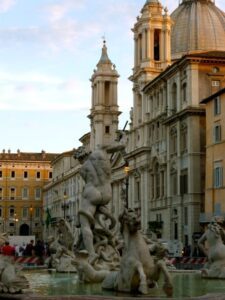 tart your day in the historic centre, where you can wander down cobblestone alleyways, through romantic piazzas, shop, eat and take in the heart of the city all on foot.

Let’s start at Metro stop Spagna. You walk out and you’re in Piazza di Spagna, often referred to as the Spanish Steps. Head to the right up Via del Babuino towards Piazza del Popolo. Stop for a caffe’ at the famous cafe/bar Canova, where you can people-watch in the seats facing the piazza or pay less and drink your coffee at the bar Italian-style.

From here wander up the path that winds from Piazza del Popolo to the lookout in Rome’s most beautiful park Villa Borghese. This spot is called Pincio and allows a panoramic view over the entire city. You can stroll through the gardens to the lake where you can hire a rowboat or to the opulent Galleria Borghese, for classic art in a breathtaking palazzo. But if your time is limited, head back down to Piazza del Popolo.

You might be hungry at this point. Walking back down Via del Babuino, turn left down a little side street called Via Margutta. At number 1 you will find Babette (06.3211559), where you can enjoy a delicious but gourmet buffet either inside or out in their courtyard in amongst chic locals and stylish visitors from the nearby Hotel de Russie. Don’t forget to try their secret recipe ‘Torta di Babette’ – this lighter version of cheesecake made with ricotta is scrumptious.

After a lazy lunch wander down the length of Via Margutta and you’ll find one of the prettiest streets in Rome, filled with art galleries and a serenity that contrasts with the rush of people in nearby Piazza di Spagna.

Head down the luxurious Via dei Condotti for some mandatory window-shopping until you see the grand Fendi store. Take a left here and you’ll be on your way to the Trevi Fountain. If you’re not keen on mass tourists or you’ve seen the famous ‘Dolce Vita Fountain’ before, in this same direction at the end of Via del Corso is the magnificent Palazzo Doria Pamphilij. This privately owned palace hosts one of the most incredible collections of art and sculptures in Rome. Aside from the art, it is worth the entrance fee, just to enter this palazzo and see how Roman aristocracy lived once upon a time.

From here you can head back up Via del Corso, cross the elegant Piazza San Lorenzo in Lucina(stop for an expensive coffee at the cafe/bar Ciampini if you want to gaze at some truly elegant men and women of Rome) and up Via Campo Marzio on your way to what I believe is the best monument in Rome (and also without entrance fee or queues): the awe-inspiring Pantheon in Piazza della Rotonda.

To take the beauty overload even further, from here cross to Piazza Navona, with its spectacular fountains and atmosphere; however, eating in this piazza is strictly for tourists. Slip down the little alleyway near Caffe Bernini and wind your way through to Via dei Coronari. Here you will find what I believe to be the best gelateria in Rome: Gelateria del Teatro. Rest your feet a while in this picturesque setting while licking white chocolate and basil or fig, ricotta and almond gelato.

You might be ready for an aperitivo. Head back down Via dei Coronari taking a left on Via della Vetrina and following it through to the bar loved by locals and foreigners: Bar/Caffè della Pace. If you’re lucky, you can enjoy an aperitif at one of the tables outside. After this, it’s just a one-minute walk to either Da Francesco in Piazza del Fico (06.6864009)or Il Corallo around the corner in Via del Corallo (06.68307703), where you can find great Roman pasta dishes and pizza. After dinner the bar Bar del Fico in the square Piazza del Fico is always great for drinking and socialising, although it only attracts a local crowd well after midnight. 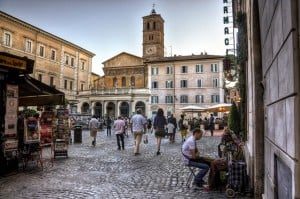 tart your day nice and early and take in the world-famous Vatican City. Tour companies like What a Life Tours (www.whatalifetours.com) give you exclusive access and start one hour before the general public.

See the Vatican Museums, the Sistine Chapel and St Peter’s and after all that art and majesty, you’ll be out just in time for lunch. Walk into the charming Borgo Pio and head over to the little cafe Antichi Sapori in Piazza delle Vaschette for a cheap and cheerful bite to eat. After lunch, catch a bus or taxi to Trastevere and spend the afternoon getting lost in its rambling laneways, perhaps indulging in yet another gelato in the main square of Piazza di Santa Maria in Trastevere. Around sunset you can head up to the nearby bar Freni e Frizioni on Via del Politeama for a great aperitif, including a generous buffet. After which, just around the corner in Piazza della Malva, you can devour a plate of traditional carbonara at Ristorante Zi’ Mberto (06.5816646). 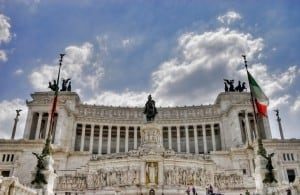 tart your morning in the cool and charactertistic neighborhood of Monti (Metro Cavour). Have breakfast or morning tea out at the Antico Forno ai Serpenti on the corner of Via dei Serpenti and Via Panisperna, a bakery filled with delicious pastries and sweets. Take a stroll around this quaint but trendy quarter and pick up some vintage finds and pick up a piece of pizza or a panino-to-go from one of the little pizzerie al taglio (pizza by the slice) before heading to a tour of the Colosseum, just down the road. You may want to visit the Imperial Forums while you’re in this area. And just a bit further on, in Piazza Venezia, it’s worth venturing up to Il Vittoriano, or the big white wedding cake monument, for the frescoes, the views of the city and the sheer grandeur of the building.

From here it’s just a short walk down to the Jewish Ghetto, which is filled with old palazzi and the cute little square Piazza Mattei with its famous turtle fountain. Jump in a taxi from here and for about €10 you can get to Testaccio, the working class neighborhood with some rustic spots for serious foodies. Try Pecorino on Via Galvani 64 (06.57250539) or Fraschetta di Mastro Giorgio on Via Mastro Giorgio 19 (06.5741369).