Scuderie del Quirinale celebrates 100 years since Pablo Picasso’s visit to Italy by opening the curtains on a time period that strongly marked the Spanish artist’s personal life and artistic style.

Along his friend Jean Cocteau, Picasso travels to Italy in 1917 to assist in the realization of Diaghilev’s Parade for the company Ballets Russes. It’s in Rome that he meets and falls in love with one of the Ballets Russes’ ballerinas, Olga Khokhlova, who later became his wife.

From paintings and sketches to postcards and stage dresses, embark on a journey through Picasso’s “pastiche” period, where you are taken through 100 works of art – carefully selected by curator Olivier Berggruen with Anunciata von Liechtenstein – depicting his fluency of stile.

The artworks include paintings on canvas, gouache and drawings, while on the second floor, Picasso’s unpublished documents – including postcards, letters, pictures and precious works on paper – are on display. 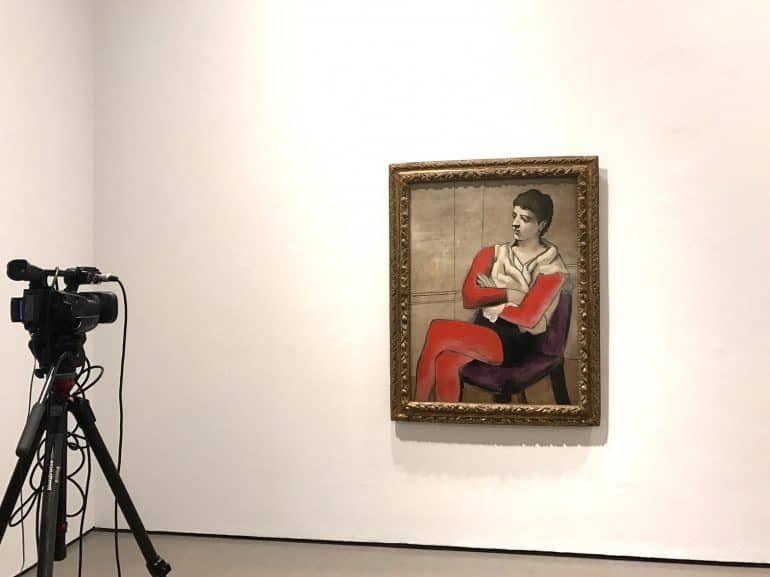 The exhibition’s artistic journey focuses on the methods and procedures used by Picasso in the service of Modernism, on a path from Realism to the most original and extraordinary Abstract Expressionism.

Along working in the production of Parade, during his stay in Rome Picasso realized two artworks: Harlequin and Woman with a Necklace and Italian Woman, which are on display. In both he adopts a language of flat and articulated surfaces that recall Art Dèco.

Picasso was also inspired by characters of the Commedia dell’arte, such as Pulcinella and Arlecchino, and portrayed people close to him in the guise of these street artists. Among these paintings, Harlequin (Léonide Massine) is exposed. 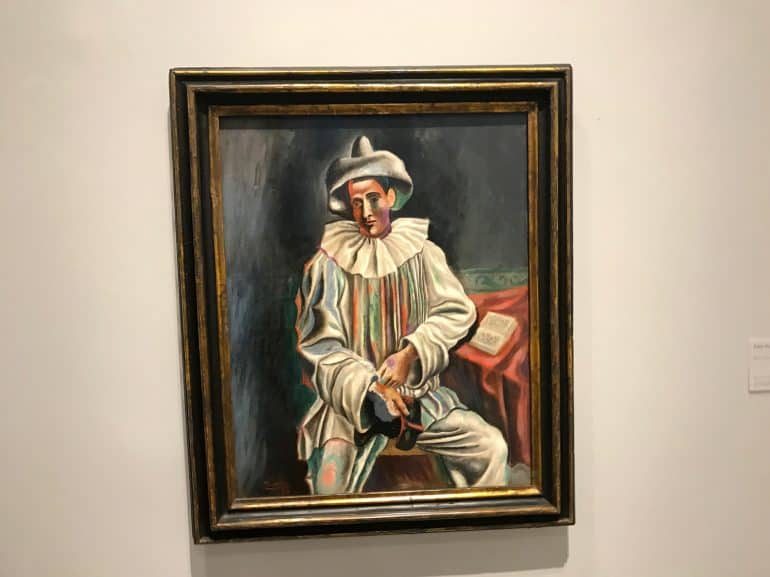 While Picasso’s time in Italy was brief, it had an immense impact on his artistic style. The archeological treasures of Rome, Naples and Pompeii and the joie de vivre of the people impressed the Spanish artist so much as to push him towards an unexpected and personalized ideation of “Classicism”, which served as inspiration in paintings such as the Seated Nude Drying Her Feet and Three Women by a Fountain on display.

It’s in 1924 that he finishes The Pipes of Pan, bringing to mind the late Roman reliefs and the Etruscan motifs that he had discovered during his trip to Italy.

With this exhibition, Scuderie del Quirinale pays tribute to Pablo Picasso’s “Italian” period in an exhibition where Cubism crosses Classicism and leaves space for a new Realistic vein to appear. 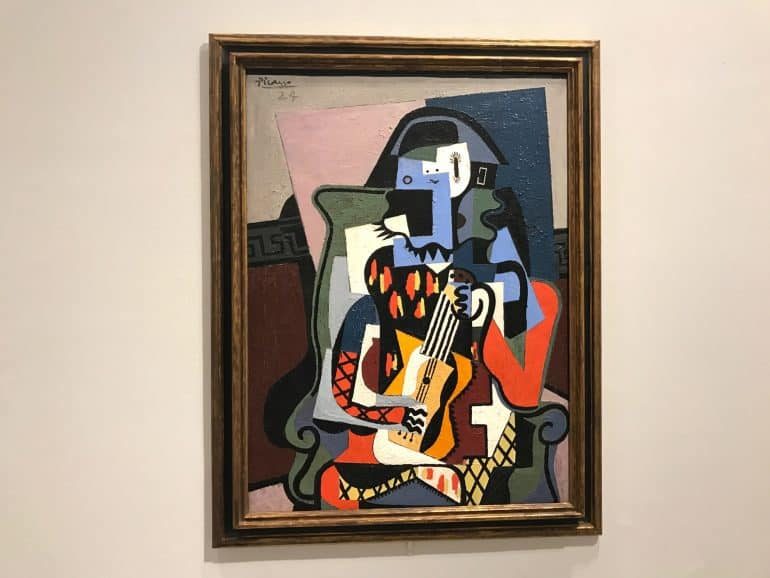 Among the paintings in the exhibition are Picasso’s famous Portrait of Olga in an Armchair, Two Women Running on the Beach (The Race), Harlequin with a Mirror, Paul Dressed as Harlequin and Paul Dressed as Pierrot and The Dance. 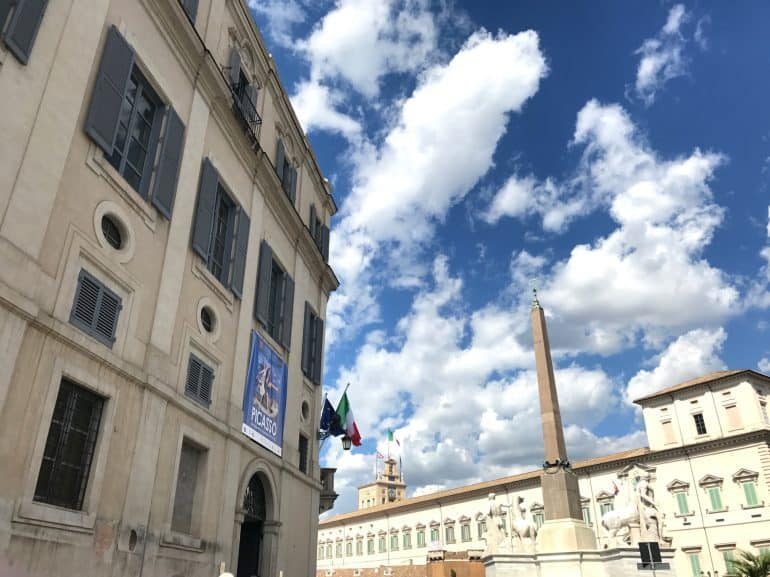 From works coming from Museée Picasso, Centre Pompidou of Paris, Tate London, MoMa, the Metropolitan Museum, New York’s Guggenheim and Berlin’s Museum Berggruen (as well as 38 art lenders around the world), PICASSO: Between Cubism and Classicism 1915 – 1925 is an exhibition you cannot miss.