A trip to the Spanish Steps is incomplete without a visit to the fascinating Palazzo Zuccari. In it lies a curious and fantastic attraction; a house with gaping monster-like mouths for doors and windows. For creator Federico Zuccari, who had used a similar form for an illustration of Dante’s Hell’s door years before, this feature had a clear meaning. It was designed to scare and impress visitors, who would hesitate at first to cross the threshold to the palace, only to soon be enchanted by the heavenly garden. 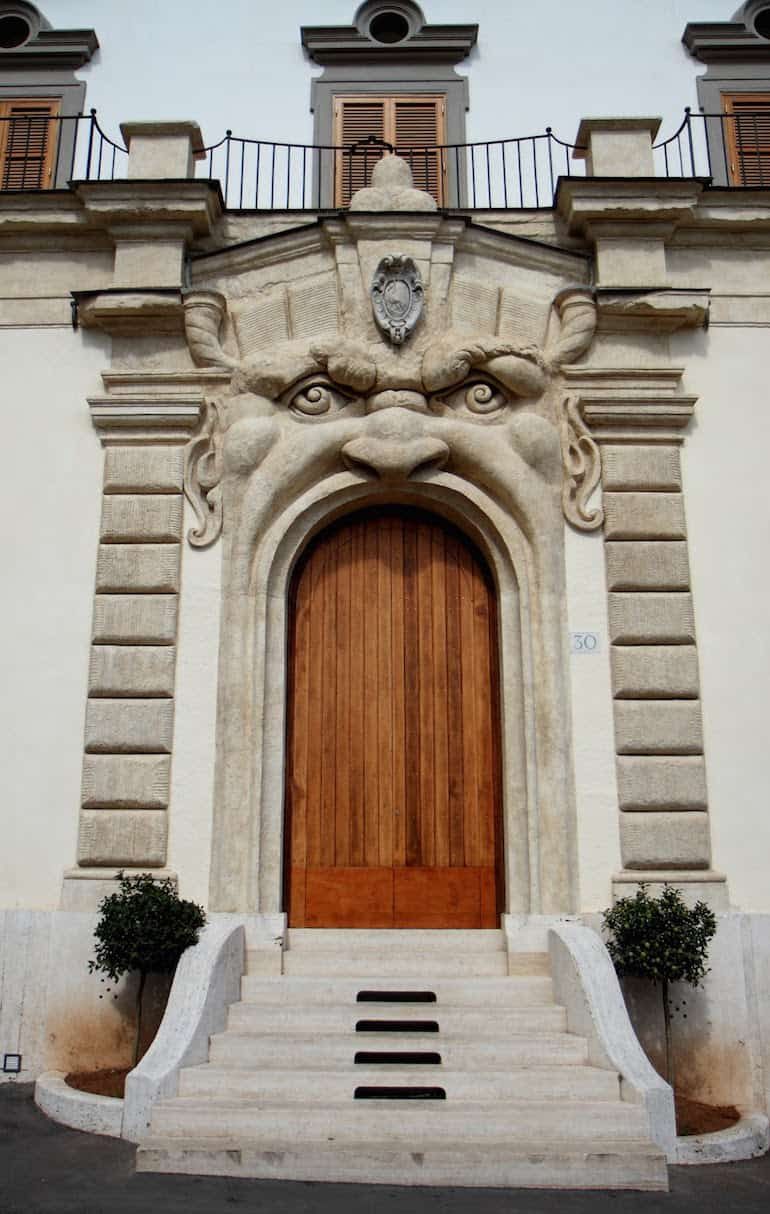 The beautiful house sits atop the Spanish Steps in the Piazza Trinita di Monti, between via Sistina and Via Gregoriana. It was constructed in 1592 after Zuccari, a famous baroque painter, decided to build a home for himself that was as grand as his reputation. He bought a desirable plot of land near the Spanish Steps, and built the house on what was once the ancient garden Lucullus.

After his death in 1609, he hoped to leave his home as a residence for artists, but his heirs sold it to a man named Mark Antony Toscanella, who is credited for expanding the residence by two floors. The Zuccari family bought the property from Toscanella and rented it to Maria Casimira, the Queen of Poland, who expanded the property further. She, along with another owner, Alessandro Nazzari, restored the building to its reputation as an artist’s inn and cultural center.

In the 17th century many famous artists such as Joshua Reynolds, Johann Joachim Winckelmann, and Jacques-Louis David stayed at the Palazzo. The group of German painters known as the Nazarenes had their first collective work commissioned here; a hall frescoed with stories of Joseph in Egypt, which were then removed and transported, in 1887, to the National Gallery in Berlin. 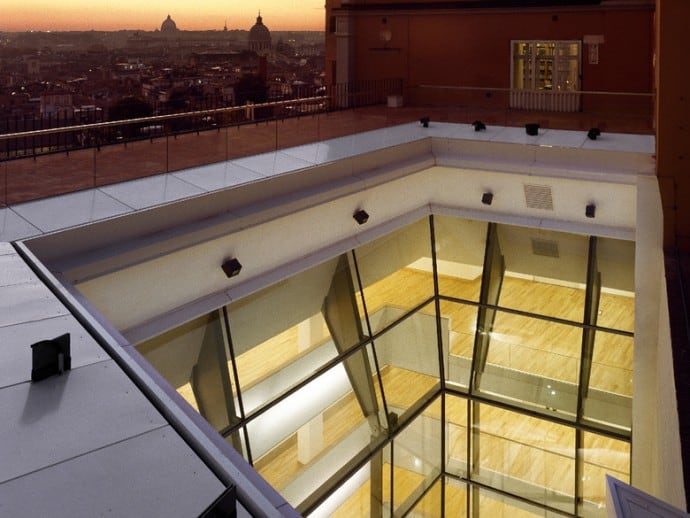 Since the early 1900s, the palazzo has also housed the Biblioteca Hertziana, also known as the Max Plank Institute for Art History library. This was founded and donated by Enrichetta Hertz, who acquired Palazzo Zuccari in 1904. She expanded the complex to include another three-story building in a former garden, which she soon filled with a vast collection of paintings and books. When she died in 1913, she donated the collection of paintings to the Italian state, but she donated the art history library to the German government, which still maintains the library today.

The Bibliotheca Hertziana is not only one of the oldest institutes of the Max Planck Society and one of the most beautiful libraries in Rome, but it was one of the first ones dedicated to the humanities. The collection includes a photo library and database on Roman paintings of the seventeenth century, architectural drawings of the Modern Era, and access to the works of art, monuments, archives, museums, and institutions protecting Rome’s artistic heritage. Today it is one of the most renowned research institutes in the world for Italian art history. A main goal of the Institute is also to promote and educate a new generation of young scholars.

Plan your visit ahead to attend a tour of the The library, which is only open to serious academics from Monday-Friday, 9am–6pm. It is otherwise closed to the general public, but offers free guided tours roughly every two months. You can find a list of upcoming tours on the library’s website.

Palazzo Zuccari and the Biblioteca Hertziana