Raffaello, 1520 – 1483: the biggest exhibition ever devoted to Raphael reopens from June 2nd and has been extended till August 30th 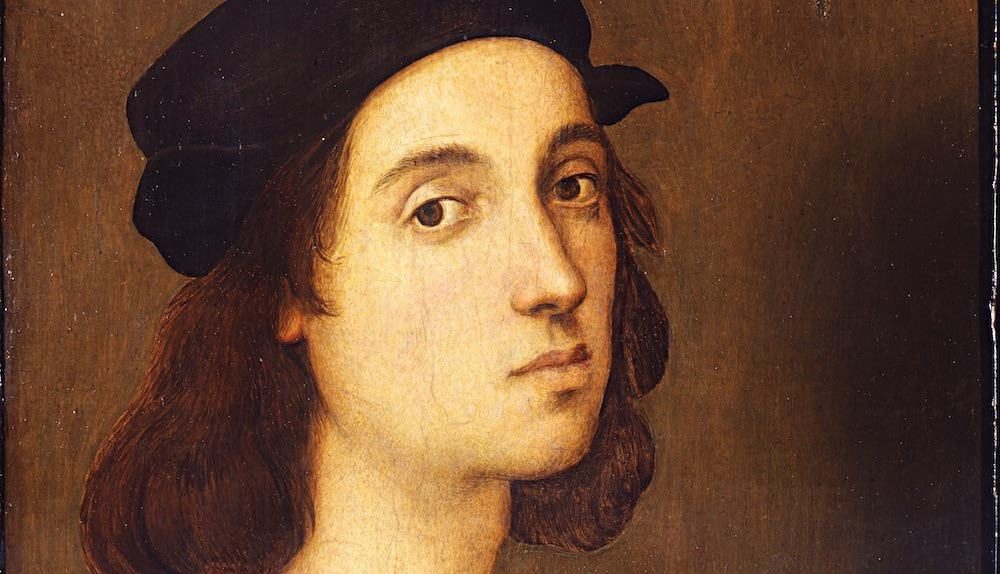 On the 500th anniversary of his death, Scuderie del Quirinale pays tribute to Raffaello

Le Scuderie del Quirinale kicked-off spring stylishly, with the biggest exhibition ever devoted to Raphael, Great Master of the Renaissance. The boy genius and man of passion died in Rome in 1520, at the tender age of 37 years, and “Raffaello, 1520 – 1483” celebrates his genius on the 500th anniversary of his death. Around 120 of his works are on show at Le Scuderie del Quirinale, in collaboration with Florence’s Uffizi, the Galleria Borghese, the Vatican Museums and more.

Raphael spent the majority of his working life in Rome, so it’s appropriate the world’s largest exhibition of his works to date is shown here. “Raffaello” shows how Rome influenced Raphael, and how he changed Rome. This exhibition is so magnificent, it’s not long for this world – like Raphael himself.

“Raffaello” has an unusual and morbid central conceit; we begin with Raphael’s death and progress backward in time, to the beginning of his artistic career. The exhibition opens with a reconstruction of Raphael’s tomb and the Altar of Our Lady of the Rock from the Pantheon. Reconstruction is so impressive that you’d believe it were real, if it were possible for the Pantheon to loan a section of their interior. Raphael’s sketches show his evident admiration for the Pantheon’s interior, as do his writings, quoted on the walls. Clearly, Raphael remains in his ideal resting place; a fitting end for a great artist.

Rooms 2 to 4 examine Raphael’s relationship with Ancient Rome, a relationship one must understand to understand Raphael; an artist who, his contemporaries believed, inherited the genius of antiquity’s great artists. Raphael’s sketches of antiquities, exhibited alongside the artefacts he drew, are one of this section’s most charming features. However, the real standouts are his oil paintings Portrait of Baldassare Castiglione (1514–1515) and Portrait of Leo X (1518–1519). Visitors to Le Scuderie del Quirinale are lucky to see Portrait of Leo X exhibited here at all, as it nearly didn’t make it; the entirety of the Uffizi’s scientific committee resigned in protest at the loan.

Art lovers will really get excited in Room 5, which welcomes visitors with 5 oil paintings – the exhibition’s largest selection yet. These are Raphael’s great commissions from Leo X, which he accepted between 1513 and 1521; when he made his name across Italy, and throughout the courts of Europe. Raphael’s lasting influence on Roman art is found in his young and nude St John The Baptist (1518), an evident inspiration for Caravaggio’s John the Baptist, or Youth with a Ram (1602) – the boys even share the same nose, and curly hair. The Visitation (1517) depicts the Virgin Mary’s visit to St Elizabeth, and encapsulates Raphael’s innate sprezzatura, that is, a nonchalant mastery of grace. History lovers will be delighted that The Ecstasy of Saint Cecilia (1518) is exhibited alongside a 2nd century head of Isis, and that the Saint of Music and Goddess of Magic are clearly wearing the same coiled headdress. Room 5 is also home to a wide variety of preparatory sketches, like those for The Madonna of the Rose (1518-20) and Madonna of Divine Love (1516), exhibited beside the finished masterpieces.

Room 6 is home to two tapestries that Leo X commissioned for the Sistine Chapel, based on drawings by Raphael. This is a rare chance to see these masterworks outside of the Vatican Museums, where they’re often overlooked amidst the excessive volume of masterpieces. Raphael’s miniature painting of Ezekiel’s Vision (1518) is shown alongside the same tapestry (1520), so you can compare the two. The range of color present on the wings of the tapestry’s angels and beasts is incredible.

Many visitors will surely consider Room 7 their highlight. Here’s Raphael at his most romantic, as his portraits of La Velata (1512 – 1513) and La Fornarina (1519 – 1520) are front and center. Legend has it that both are portraits of Margherita Luti, Raphael’s long-term mistress, known as the baker’s daughter – the meaning of La Fornarina. The room’s captions insist the woman embodies classical Greco-Roman beauty, at odds with art critics who’ve noted a shared resemblance between her and 19th-century portrayals of Jewish courtesans. Raphael’s amorous affections for his mistress Margherita were so well-known that Vasari, great chronicler of The Lives of Artists, suggested Raphael died from too much lovemaking. Raphael’s women are so evidently beautiful, death by love remains a possibility.

Architecture lovers will enjoy Room 8, where Raphael’s plans for St Peter’s Basilica are exhibited alongside his studies of classical buildings and details of their facades. This is followed by Raphael’s sketches for the Chigi Chapel and Villa Farnesina in Room 9. Exhibited alongside the Chigi works are two impressive bronzes by Cesare Rossetti, The Incredulity of St Thomas (1510-1511) and Descent of Christ into Limbo (1510-1511), based off Raphael’s sketches.

Rooms 10 and 11 are dedicated to Raphael’s commissions under Pope Julius II, from 1508 – when Raphael moved from Florence to Rome – until 1513. The greatest works Raphael produced during this period aren’t on show, as they’re fixed on the walls of the Vatican Museums’ Raphael Rooms. However, sketches in preparation for masterpieces like The School of Athens (1509 – 1511) are displayed beside photographs of the finished product. Raphael’s revelatory Portrait of Pope Julius II (1511 – 1512) is shown here, which forever changed Papal portraiture with its sincerity of likeness and earnestness of mood.

Paintings from Raphael’s early years in Florence, from 1504 to 1508, are exhibited in the final room. “Raffaello” strikes a sombre note by finishing with the artist’s youth, forever receding into the past. However, you’ll find two of Raphael’s most famous works here, so the grand finale is a bittersweet delight. As you walk in, you’re greeted by Raphael’s famous Self Portrait (1506), and it seems as though the young and handsome artist, looking back over his shoulder, was anticipating your arrival. Young Woman with Unicorn (1505 – 1506), Raphael’s take on Da Vinci’s Mona Lisa (1503), is displayed here, and is irrefutable proof that, at only 22 years old, Raphael was already one of the Renaissance’s greatest Great Masters.

Re-opening: from 2 June till 30 August

go on a virtual tour of the exhibition: