A guide to Bologna: the city of porticoes

Bologna, perched between Florence, Venice and Milan, is a great city to visit for a break from Rome’s bustling streets and touristic centre. Not known for any famous landmark in particular, Bologna is often overlooked by visitors to Italy – but it’s their loss. It has Instagram-able architecture aplenty and as the home of Bolognese sauce, or ‘ragu’, it boasts some of the best food and wine in the country. During the day it’s a relaxing place to get lost and soak up the atmosphere and, as it’s home to one of the oldest universities in Europe, it has a bustling nightlife too.

Things to do in Bologna 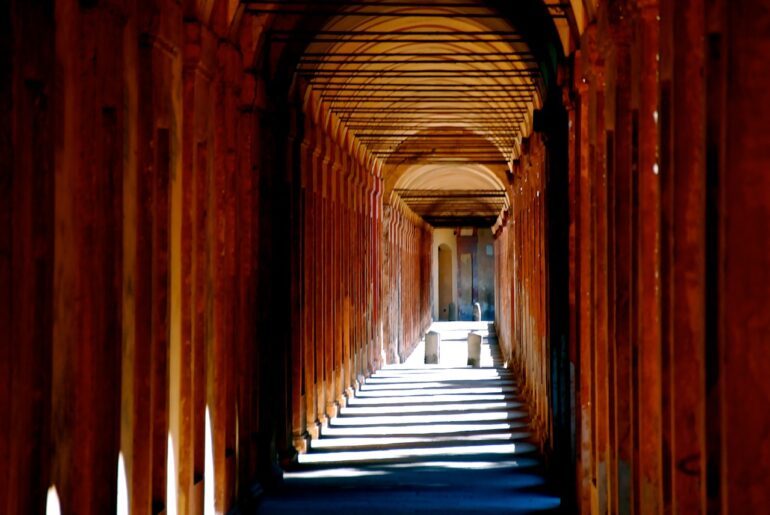 The best thing about Bologna is that it’s such a walkable city – the centre is the perfect size for exploring on foot, so no need to tackle the public transport. Aim to get a hotel within the city walls in order to make the most of it.

The city’s focal point and perhaps most iconic landmark are the two towers, Garisenda and Asinelli. Built in the 12th century, one now leans so much that it could rival the Tower of Pisa… but the other you can climb right the way to the top for a spectacular view of the city. It’s not for the faint hearted though – one tiny wooden staircase is the only way up and down!

Just around the corner is Piazza Santa Stefano, with its church at one end. This is well worth seeing, as it’s actually composed of seven churches built over the centuries and makes for a fascinating visit.

One of Bologna’s hidden secrets are its canals, and the perfect spot to see one from is la Finestrella di Via Piella – ‘the little window’. Stroll up to this street in the north of the city and peer though the secret window for an eye-catching Venetian scene.

If you feel the need to walk off some of the calories you’ll undoubtedly consume on a trip to Bologna, a walk up to the Sanctuary of San Luca will do the trick. Located in the hills surrounding the city, the walk takes you through one of the longest arcades in the world – with 666 porticoes (and many stairs!), the path will take about an hour. The view is more than worth it, however – a stunning panorama of the surrounding countryside and Bologna itself, in an oasis of calm.

Where to have aperitivo in Bologna 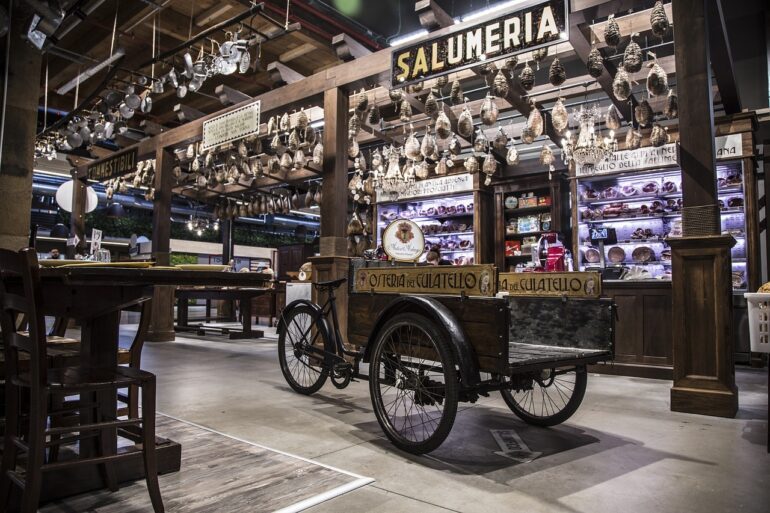 Aperitivo is big in Bologna, much more so than other Italian cities further south – perhaps due to the burgeoning student population who are hungry for a bargain. Between 4 and 8 euros will get you a drink and a buffet of food to take advantage of – big enough to fill you up so much that you won’t need dinner afterwards.

Neaera is right in the student heart of the city, to the north of Piazza Maggiore. It boasts a rich buffet at both lunch and dinner, with a huge selection of meat and vegetable dishes.

This cosy bar is staffed by the deaf community – so pick up one of their guides, and try ordering in sign language! It’s a really great initiative, and a great local spot for early evening drinks and aperitivo buffet on into the evening.

This bar was once the private chapel of the Bentivoglio family, and still retains many of the original features including a gorgeous fresco ceiling. This upmarket spot is perfect for an early evening cocktail, and does a light aperitivo buffet alongside.

This street leads away from the main piazza, and is the bustling heart of the city. During the day the market stalls sell fresh fish, meat and regional specialities, such as parmesan cheese. Many of the shops also offer ‘taglieri’ boards, of local meats, such as mortadella, and cheeses, with a local bread, tigelle, alongside. Well worth stopping in at one for aperitivo and a glass of cold pignoletto (a local sparkling wine). 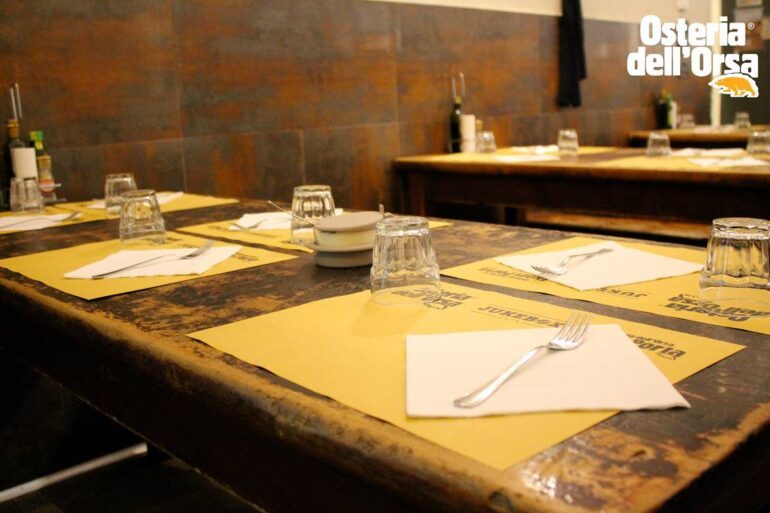 Although not why visitors come to Bologna, whose specialities include tortellini in brodo and ragu, this pizza place is well worth stopping in at. Napoletan style pizzas are their speciality, and at great prices – the only thing is that you’ll be unlikely to finish it, so make sure you ask to take home the leftovers!

A very lowkey place, this Osteria is frequented by students and families alike. It serves up Bolognese specialities on long wooden tables – try the tagliatelle al ragu.

Located in the southern part of the city centre, this great Osteria has a cosy vibe and great food. A good place to try some Bolognese classics.

Undoubtedly one of the best ice-cream shops in the city, La Sorbetteria makes all its ice cream by hand and is always full of locals. Try the dark chocolate or strawberry for a mouthwatering after-dinner treat.

The best bars in Bologna 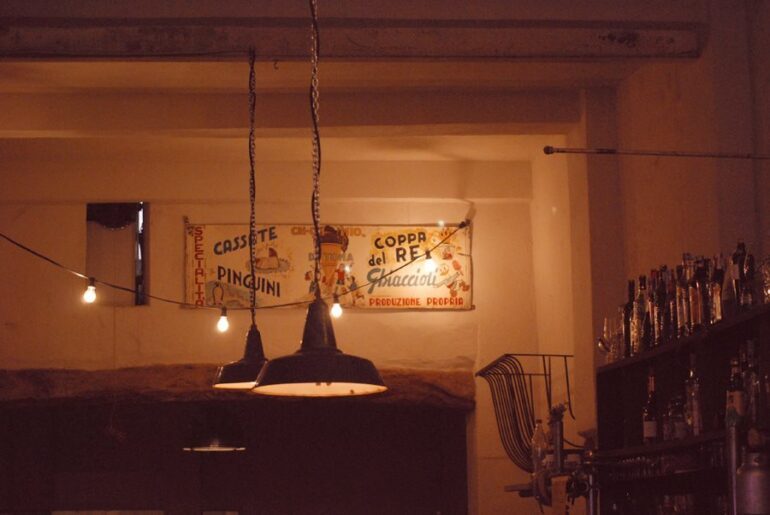 Very popular with Bologna’s younger crowd, Ruggine is always full to bursting on weekends. Get there early to grab a seat in the bar for one of their great cocktails.

This little wine bar offers a great selection of wines and a good food menu. Its little courtyard at the back is a great place for a pre-dinner drink.

Situated in the pretty Jewish quarter is Camera al Sud, a quirky bar and restaurant that’s open all day long. It’s got a cosy vibe, with leather sofas and second hand furniture, that makes for a great pitstop coffee, dinner or nightcap.

The best events in Bologna 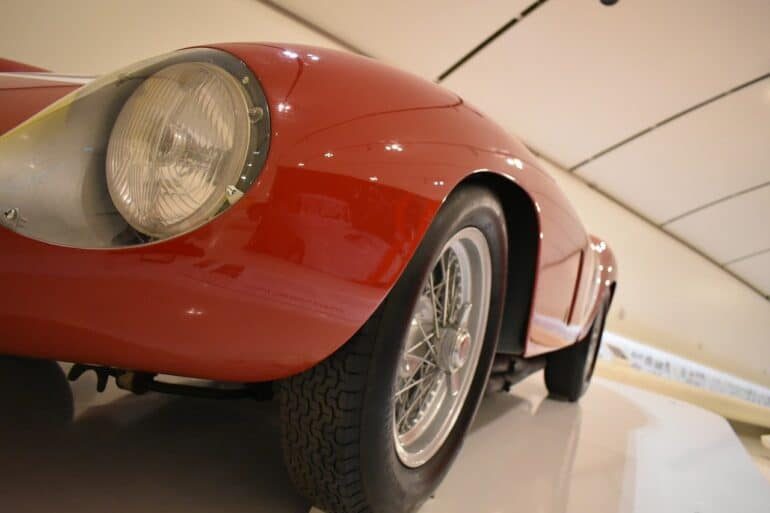 Whether is dance, theatre, art or clubbing that you’re into, Bologna always has something unique going on – a quick glance online will give you a good idea of what’s coming up. From September to March, an exhibition of Chagall’s work will be in the beautiful Palazzo Albergati, with tickets costing €16.50 including an audioguide.

If theatre is more your thing, the Teatro Comunale di Bologna is well-worth a visit one evening – even if only for the gorgeous inside. If you go on the day, there may even be some €10 tickets left for that evening’s shows. Dynamo Velostazione is another great place to check out, especially if you enjoy sightseeing on a bicycle. You can rent bikes here, as well as grab a coffee, or if you’re lucky catch visit one of the vintage markets or DJ events they hold frequently at the weekends.