A Contemporary Art Project for the Tiber, Inspired by the Story of Rome

The South African artist William Kentridge is internationally recognized for his prints, drawings, operatic works, and animated films of astounding depth. He has been featured in national art museums across the globe and has won a number of awards for his incredible and creative work. His exhibitions and stage performances continue to astonish audiences across the world. 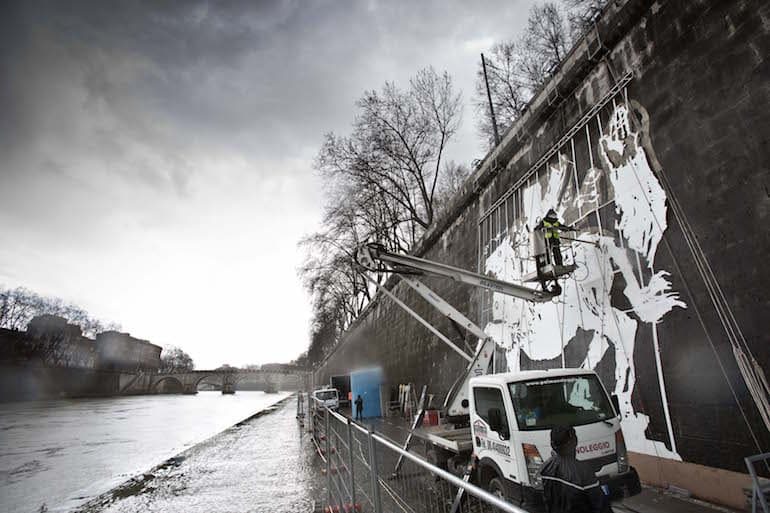 Kentridge’s current project, entitled Triumphs and Laments, will be a large-scale 550 meter long frieze, with a series of images depicting ancient Rome’s historic victories and defeats. His works come to life by erasing sections of the biological patina on the Tiber river embankment walls. This particular technique makes it easy for his audience to feel what cannot be said, all through his prodigious images and masterpieces. Triumphs and Laments is his most ambitious project to date, and is well worth visiting while in Rome. The project is promoted by Associazione TEVERETERNO Onlus and is produced by THE OFFICE performing arts + film under the technical direction of STEP s.r.l. 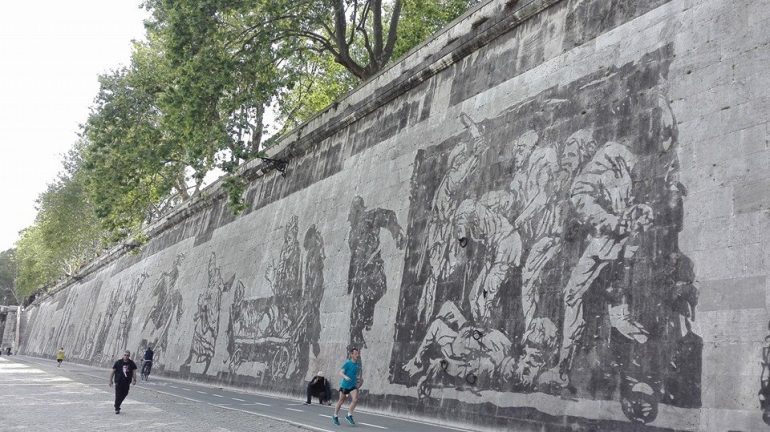 Kentridge’s detailed process all begins by creating charcoal drawings of his figures. After he perfects them, he transforms them into ink drawings, which are subsequently crafted into full-scale stencils, some of which range up to 10 meters in height. From there, the stencils will be placed on the embankment walls of the Tiber river. Once adhered, the images will be power washed around the stencils, a process known as “reverse graffiti”, leaving only the darkened marks of pollution and organic growth on the stone walls, creating the silhouetted iconic figures.

This exciting project is open to the public from April 21 (Natale di Roma – Rome’s Birthday) and it will continue to be on display until the walls fade back to their natural state over the coming years. This celebratory opening will include the premiere of a theatrical program created in collaboration with the internationally acclaimed composer Phillip Miller, and features a live shadow play and two processional brass bands preforming against the backdrop of the frieze. This will all be hosted in Piazza Tevere, between Ponte Sisto and Ponte Mazzini, and will be the first open-air space for contemporary art in the Eternal city. While the Tiber river is notorious for flooding and breaking its banks in the spring time, the event will still be held, come rain or shine.