Sheikh Nasser Sabah al-Ahmad al-Sabah and his wife, Sheikha Hussah Sabah al-Salim al-Sabah have been collecting works of Islamic art and of the art of the Middle East before Islam for forty years, and their collection, comprising some 35,000 items, is unquestionably one of the most important in the world not only in terms of its size but also in terms of the quality and originality of the works of art it contains. To mark Kuwait’s National Day on 23 February 1983, the collection was placed on permanent loan with the Kuwait National Museum, where it remained until the tragic days of the Iraqi invasion in August 1990. The roughly one hundred pieces salvaged from the looting formed the core of an exhibition entitled “Islamic Art and Patronage” which toured over twenty of the world’s leading museums (including in Italy, where it was staged in Florence in 1994). The other works, most of which were later recovered in Baghdad, returned to Kuwait where they continue to form one of the most complete and prestigious collections of Middle Eastern art in the world. 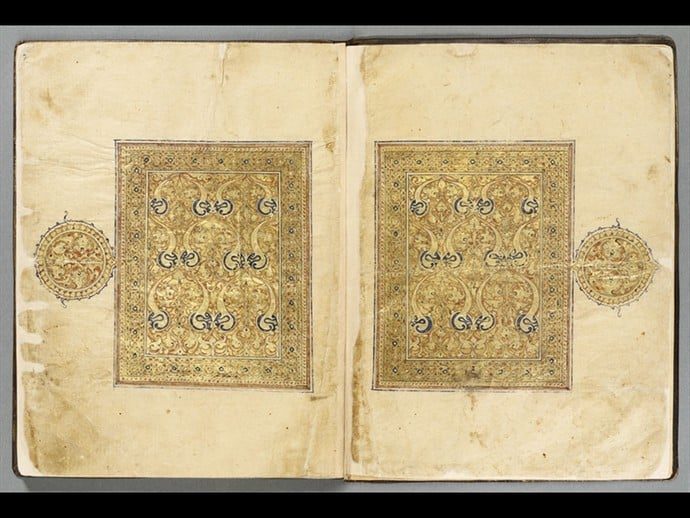 The exhibition, Art of the Islamic Civilisation. The al-Sabah Collection, is divided into two parts.

The first, which is strictly chronological, begins with a small numismatic section designed to provide a historical and geographical introduction to the main stages in the development of Muslim civilisations. Taking its cue from the influence of the major civilisations that vied with the embryonic culture of Islam (the late Classical Byzantine civilisation on one side and the civilisation of eastern Mesopotamia on the other, without underestimating the contribution of central Asia, India and the Far East….) to illustrate that culture’s beginnings and its formative years, the section goes on to explore the development of an independent and unique artistic vocabulary that was destined gradually to spread and to consolidate, producing works of superb balance. It ends with the three great 16th century empires that were to become fully-fledged political and cultural giants lording it over the world stage: the Turkish Ottoman Empire in the Mediterranean; the Iranian Safavid Empire which, though of the Shiite persuasion, was nevertheless extraordinarily open to the rest of the world; and the Indian Mughal Empire with its fairy-tale opulence. 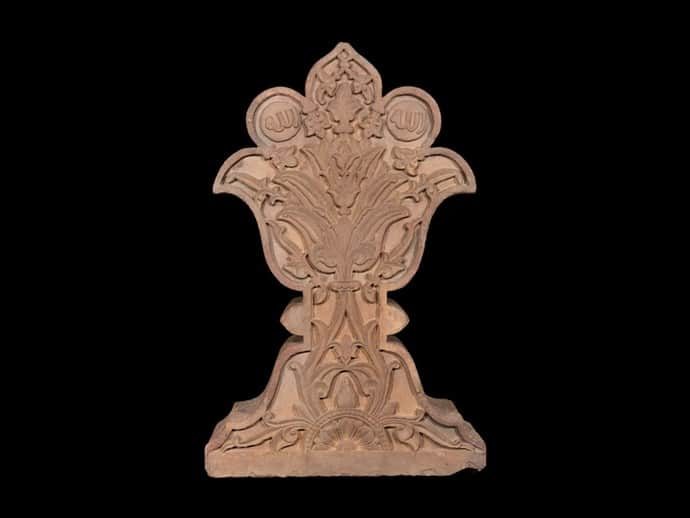 The second part of the exhibition probes the crucial artistic themes and modes of Islamic art, ranging from the formal stringency of its mesmerising calligraphy and its learned and scientific exploration of the world of mathematics and geometry, to the endless imagery of the repeated floral motif known as the Arabesque and the abstract and realistic depiction of animal and human figures, thus giving the lie to the false and hackneyed contention that Islam was iconoclastic. The exhibition ends with the glittering splendour of treasure, in the shape of the (mainly Indian) items of the goldsmith’s art that are the boast of the Al-Sabah Collection, which in terms of the quantity and quality of its pieces in this field is unrivalled anywhere in the world. 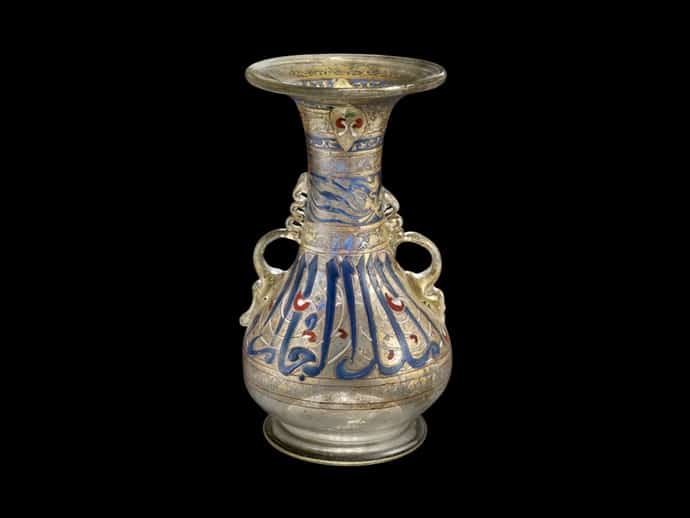 One thousand four hundred years of history in an area stretching from Spain to China, with the most disparate materials ranging from stone, stucco and textile to glass, metal, ivory, rock crystal, wood, ceramic, jewels and illuminations… all go to make up a fascinating and probably unexpected fresco capable of astonishing, of involving and of thrilling the visitor.