Born in Lyon with a limp and a lisp, Tiberio Claudio Cesare Augusto – known as Claudius – was an unlikely candidate for Emperor of the Roman Empire. Pushed into the spotlight after the deaths of his two predecessors, he was much maligned by ancient authors: but the new exhibition at the Museo dell’Ara Pacis seeks to bring Claudius’ story to life for a modern audience and show his reign in a new light.

We begin with a family tree detailing how Claudius fitted into the Roman landscape of the time – a member of the Julio-Claudian dynasty, he was the great-great-grandnephew of Gaius Julius Caesar. Initially, there are very few details on Claudius at all – more space is given to depicting the short but action-packed reigns of his more famous brother, Germanicus, and Germanicus’ son Caligula; one of the standout pieces of the exhibition is the Sorgente Group Foundation’s portrait of Germanicus, an important work that celebrates the young and beloved prince struck by an adverse destiny. When we eventually reach Claudius’ reign, we are almost hit by the surprise that Claudius himself must have felt when he found himself in his position of power. Conspiracies between senators and rulers were rife at the time – this, more than anything else, is how after long political negotiation 50-year-old Claudius ended up as Emperor. 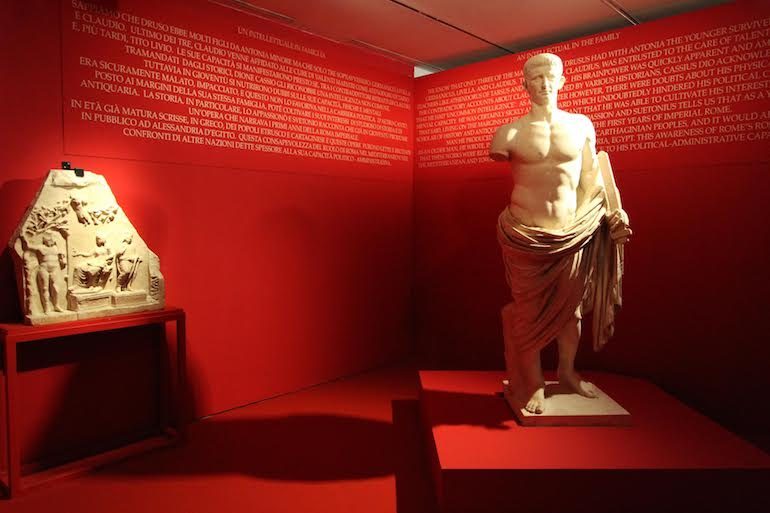 From there, the exhibition takes the audience on a journey through Claudius’ reign, bringing it to life. We see in detail some of Claudius’ more impressive moments as emperor – he was an ambitious builder, constructing many new roads, aqueducts, and canals across the Empire and he quickly grasped the benefits of communication and propaganda, printing coins with him and his relatives on. The Tabula Claudiana, which usually resides in the Gallo-Roman museum in Lyon, illustrates his famous speech given to the Senate in 48 CE, and we see also that he was responsible for the Roman Empire’s audacious conquest of Britain – a real coup for his leadership. 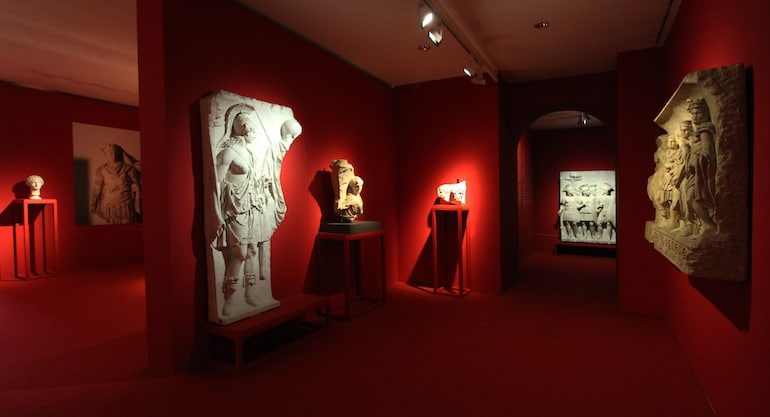 Claudius’ personal life was wracked with misfortune, having had four wives but little success creating an heir until the birth of Brittanicus to his third wife, Valeria Messolina. In some steamy excerpts from writings of the time, the exhibition vividly depicts why this union was doomed to fail – they tell in glorious detail how she would sneak out of the marital bed at night to work as a prostitute in a local brothel to satisfy her sexual urges – whether or not this was true, she met an untimely death at the hands of Rome’s Praetorian Guard. 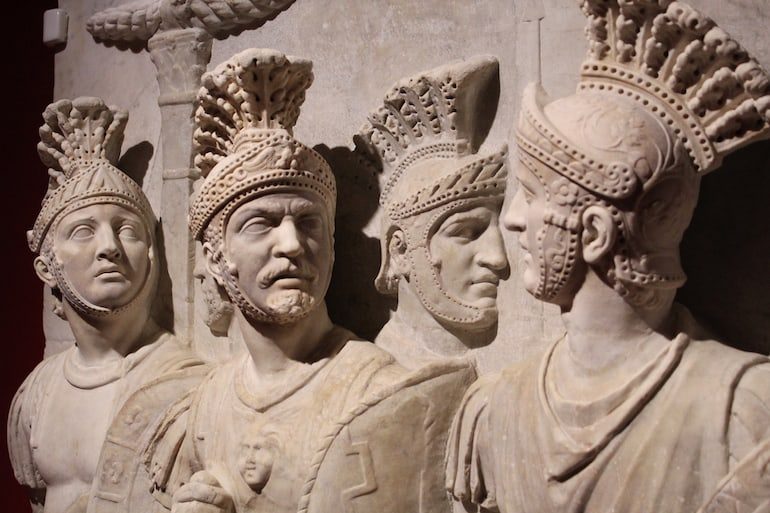 Throughout the exhibition reconstructions, videos and historical artefacts highlight his personality, political and administrative work, illustrating Claudius’s achievements against a backdrop of more famous rulers of the era. The exhibition draws to a close at the end of his life, after he married his fourth wife Agrippina the Younger – who is rumoured to have poisoned him after ensuring her son would be the heir rather than Claudius’ own, Brittanicus. This move, and Claudius’ subsequent death, paved the way for the reign of Emperor Nero, a name deeply ingrained in history for his debaucheries, political murders and rampant persecution of Christians. But that, of course, is a story for another exhibition.