Twenty years after the last Italian exhibition dedicated to Henry Moore (1898–1986), a monographic show on the English sculptor will be presented at the Baths of Diocletian in Rome, with 75 works including sculptures, drawings, watercolours and prints.
The exhibition will cover the entire creative development of Moore, considered one of the most important sculptors of the 20th century due to his technical ability and ingenious combination of abstraction and studies of the human form. His sculptures – some assuming monumental dimensions – engage in a dialogue with the spectacular spaces of the Grand Halls at the Baths of Diocletian, and with the classical tradition portrayed along the exhibition route of the National Roman Museum..

The show will be arranged in five thematic areas.
– Exploring the modern, showing Moore’s early development as the inheritor of the primitivism of such artists as Jacob Epstein and Constantin Brancusi through to a growing abstraction of the figure akin to the work of Picasso and the Surrealists;
– War and Peace, focusing on the artist’s representations of wartime suffering and his growing public status after World War II;
– Mother and child, one of his best-known subjects, almost an ever-present obsession throughout his career, which – in a dialogue with the Romanesque tradition – produces images of maternal love and protection;
– Reclining figure, the key leitmotif of his sculptures, through which Moore explored the formal possibilities of the female figure, rendering it almost abstract in a constant association with landscape;
– Sculpture in public spaces, comprising works relating to some of the public commissions that made him an international celebrity, and which pursued a dialogue with environmental space via their leanings towards monumentality. 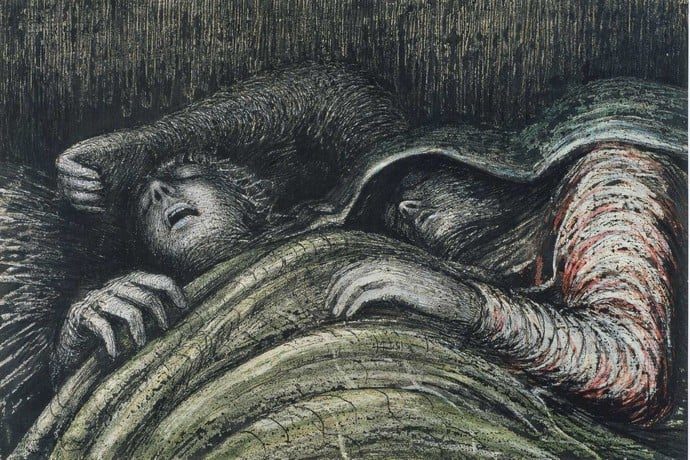 Sixty-four of the works on display will arrive from Tate, which possesses one of the world’s richest and most representative collections of Henry Moore’s works, selected and donated by the artist himself. Several important loans from Italian
institutions and museums, including the National Gallery of Modern Art (GNAM) in Rome and the Peggy Guggenheim Collection in Venice, will help to reveal Moore’s close ties with this country, ranging from his first, influential visit in 1925, through his participation in the 1948 Venice Biennale to a life-long love affair with Tuscany.