My TV show ‘When Patrick Met Kylie: A Love (of Food) Story’ came out in Italy this month on National Geographic. I could say “I never dreamed this would happen” but in truth, that’s all I did: I’m an extremely dedicated dreamer. Diets I abandon, boyfriends I have trouble committing to, friends I am hopeless at calling back… but wishing up lovely things and believing they’ll come true – that’s the only time discipline doesn’t elude me.

I don’t think Italians really got the ‘When Harry Met Sally’ reference so they renamed the show ‘Italia Dolce Vita’ over here. Ironically, it would appear that even the Italians are in search of that elusive ‘sweet life’. Amanda Ruggeri, a very talented friend and journalist, wrote a provocative post on the enigma of ‘la dolce vita’ and the unspoken truth that most Italians don’t actually live as well as many of us expats or tourists, who spend our time in the visually decadent centro storico of this city. It’s a complete cultural reversal as Italian viewers are now all writing to me, the Anglo-saxon, asking how to live the life that they unwittingly sold to me in the first place.

Much as Amanda concludes, whether you are a practising dolce vita-ist or not, I maintain that a version of this cinematic beauty exists, and for me, never more so than this month. It’s so surreal to think that after all this time of longing and striving to become a part of Italy, finally all of it is encapsulated in one dream broadcast on national television… well, at least in the homes of those who can afford Sky. 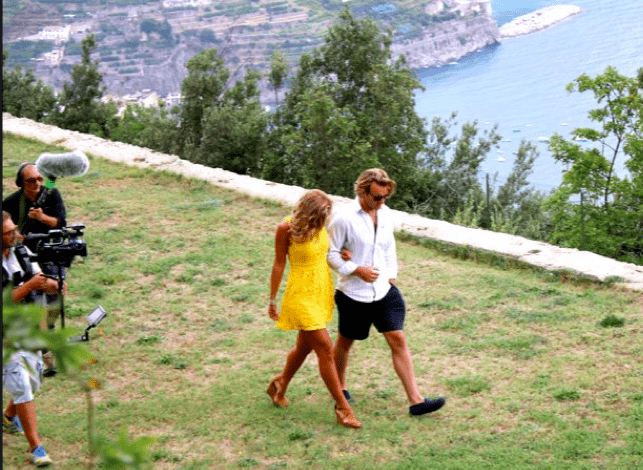 It felt like a fairytale to think back to when I was a naive girl visiting Rome on a late spring holiday and fantasizing about merely renting an apartment here. I had been invited to Rome by Bulgari for a beautiful party in Castel Sant Angelo. I was staying in a hotel on Via Giulia and I remember waking early, emerging out onto the cobblestone street and wandering as if in a trance through this movie set that I’d only ever seen in Bertolucci films. A girl on a bicycle glided past me, a breath of flowing cotton and loose hair. How I lusted for her look of nonchalance, how I yearned to be her, off to buy something as banal as toothpaste at Despar, because she was lucky enough to call this city her home. And so I decided to leave a rewarding career, a creative country and one of the best boyfriends a girl could ever hope for and try with all my heart to attempt the foolish: make a holiday last forever and what’s more, find the added intimacy of becoming a local and riding as that girl did, as though she were a part of Rome and not merely some ill-fitting stepsister trying to squeeze into a shoe destined for Cinderella. Now when people ask me whether my show is airing in my home town, instinctively I reply: “Why yes, it’s on air in Rome this month.” And my cheesy but heartfelt story will be airing everywhere from China to Canada to Switzerland convincing more fools like me that Italians do it better, whether they believe so or not. 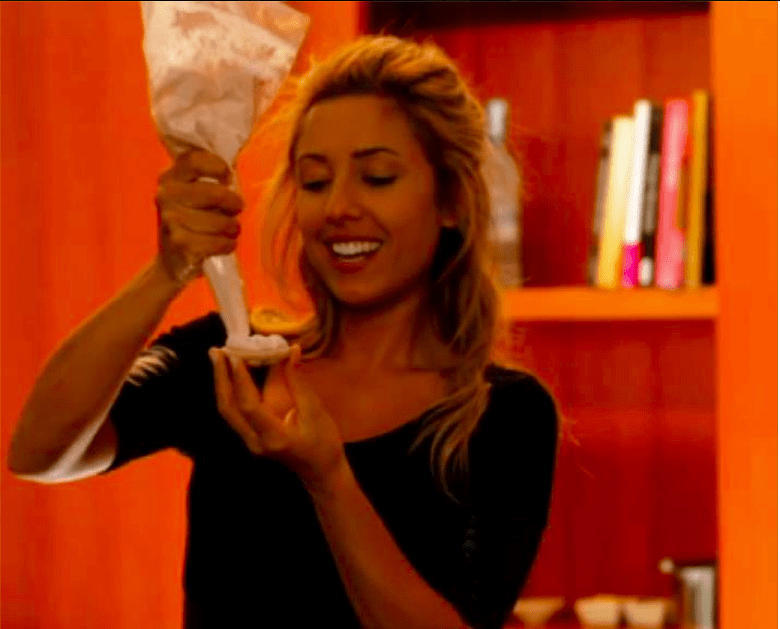 I haven’t actually seen the show in Italy as I don’t own a television and I’ve been in London selling the series to a British network. And yet just seeing the show in the TV guide in Italian gave me this tremendous feeling of triumph. Somehow I romanticized that TV guide listing and told myself it meant I was one step closer to making a real life here, to being less of an outsider. Today as I’m awaiting an interview (in Italian!) with Conde Nast Traveller I realise that this hasn’t really happened overnight at all, that perhaps in any other country I would have given up.

As anyone who has ever tried to create a business or career in Italy will attest, there are countless moments in which you think – damn, it would just be easier if I gave up and went home, why am I making things harder for myself?! Nepotism, the language barrier, the languid way in which things are executed… but then when you do make something work in a foreign country there is this tingling childish joy, like a word of flattery from an unattainable crush that convinces you it’s worth the struggle, despite his exasperating behaviour and the niggling suspicion that you might not even understand who he is. 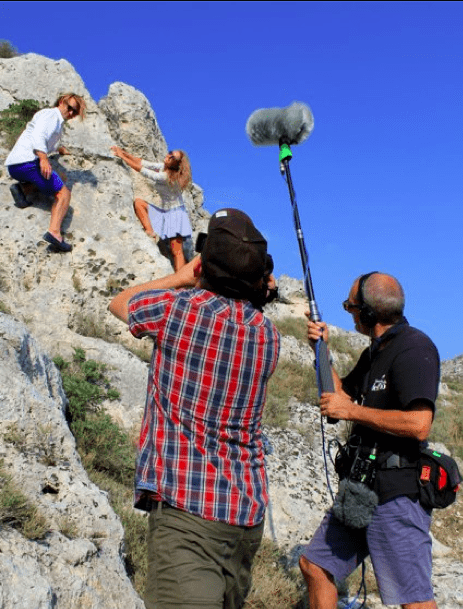 I was so nervous about the criticism I might receive from Italian viewers. While I tried to preface everything with the admission that I am no expert, at the end of the day I produced a show commenting on how they live and eat AND cooking my own recipes, which are a slight departure from the beloved classics. Even the most diplomatic Italians will still have a good argument with you regarding their recipes. Surprisingly, they’ve been so kind… or perhaps I just haven’t searched the blogosphere hard enough. 😉 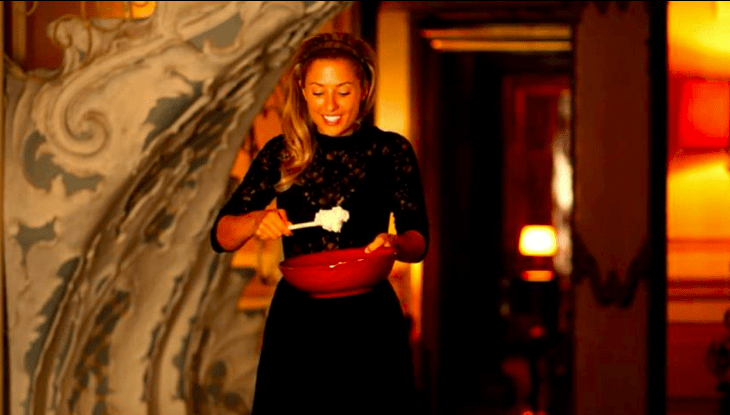 Anyway, apologies for being even more self-indulgent than usual. I guess my point is, if you’re on holiday this summer and you’re wondering whether a lover, a whim or a passion could last beyond your two-week vacation… I say that if you’re prepared to wait, to save, to work, to wish and to take a leap, then sometimes you really can live a never-ending Roman Holiday. 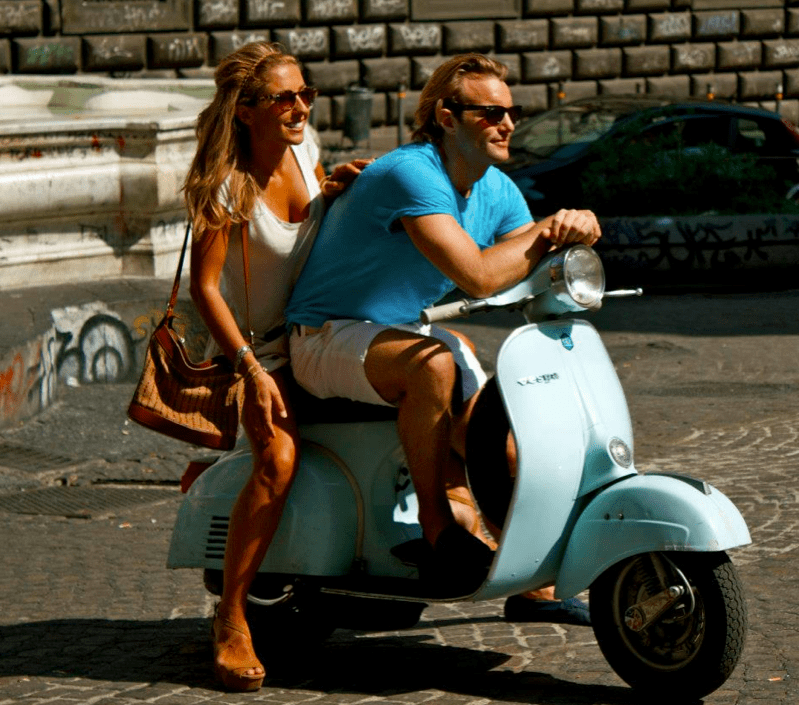