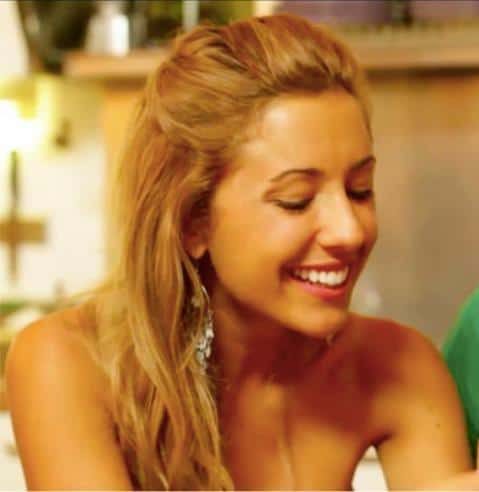 I’ve just had brunch with two expats who have both spent well over a year living in Rome. We got into quite a debate because I mentioned that I still believe Italian males can be romantic and complete gentlemen. Try saying this in any piazza, discoteca or appartamento among female expats with some decent time clocked in bella Italia and you’re likely to be dismissed as naive, braggadocious or both. When I first moved to Rome, I certainly found myself on dates with less than chivalrous types, however, the majority of my experiences have confirmed the whimsical idea of courtship in my head when I first stepped off the plane with my 35-kilo suitcase at Fiumicino. One of my friends said she thinks I’ve just been lucky, while the other countered my protestations with one simple question: “Why then is every beautiful charming intelligent girl we know in Rome still single?” That shut me up.

I defend Italians with relentless fervour, but never more so than on the topic of love. My anecdotes of hopeful romantic encounters range from “What about that guy who I met who took me straight home to meet his family and didn’t even try to get me into bed?” to “Or what about that boy who planned a series of surprises in fairytale locations that took months of planning?” But am I simply the fool choosing to see what she wants to see? Rome is, alla fine, a patently poetic city that has historically attracted the independent female romantic perhaps more than any other place on earth. This is a city that enchants women who are inherently feminine and sensual; aesthetes dismayed by the culture of tracksuits and ugg boots back home who take pride in their style and appearance. These are women who are generally spontaneous and open-minded by nature, by virtue of the fact that they’ve uprooted themselves to live and work in a foreign-speaking country with challenging job options. So let’s recap, we’ve essentially got a bunch of girls who are romantic, well-dressed, independent enough to pay their own way yet cultured enough to revere century-old tradition AND they’re socially intriguing given they’ve all lived in at least two countries. Complete dream girl territory, right? Why is it then that so few female expats have anything good to say about the dating scene?

I believe the situation is simply a little unbalanced irrespective of where you are in the world and that one can’t discount Roman romance as a whole. Friends back home often write to me longingly, “Ugh, I’m fed up with the men here, maybe I should move to Roooome and find myself an Italian!” And you just know that they, like everyone entrenched in an Anglo-saxon or less-than-Latin capital, can’t help but be dazzled by the idea that there exists a Utopian city where a barrage of fairytale romances come at you daily with the ubiquity of erectile dysfunction email spam. Is it Hollywood that feeds our subconscious narratives laden with impossible expectations and with Woody Allen over-promising the poor Italian boys are destined to under-deliver? Do you think it’s that Italians love to casually date a foreign girl but will rarely consider them serious girlfriend material? I once had a good Italian male friend explain to me his reticence to plan a future with a girl who possessed only rudimentary Italian. He saw it as a sign that she merely wanted a gap year and wasn’t serious about making a life in Italy. It’s a logical argument. Many expats are content with a summer Italian fling and then fly back home to settle down with a Landrover, Labrador and their high school sweetheart. Indeed, the day-trippers who do the ‘2 days Tuscany, 2 days Rome, 2 days Positano’ carousel ruin it for the full-time Italophiles by sleeping with the first ragazzo who takes them to see the ‘keyhole’ or Giolitti. Is it any wonder straniere have the reputation in Italy of being easy?

One of these friends at the brunch blames it all on Italy’s economy. “None of these guys are enjoying professional success or making real money and that makes them bitter and insecure.” I’m not so sure but she could be right. It’s possible that I’m clinging obstinately to this idea that romance in Rome still exists because I guess I want to believe that in spite of a global dearth of Prince Charmings, if love were going to happen anywhere, your chances are just that little bit better in the Eternal City.