Sculpting the Forgotten: the sculptor that gives life to lonely tree trunks

When vacationing near, far, or as Céline puts it, “wherever you are”, common sightseeing patterns are observed. Whether the sightseeing is dedicated to museums, landmarks, culinary discoveries, fashion, or simply an aimless roaming around, I believe that any and every activity one chooses can be tied back to a general idea of art. Sparingly/quickly speaking, whether art is found in the museums, observed through monuments, experienced through the culinary arts, or surrounding one as s/he walks through a new city, art is everywhere.

Consequentially, when one thinks about travelling to Rome, hopefully one of the first words that comes to mind is indeed, art. Home to many great artists, sculptors, chefs, designers, and nooks, art is present even in the way of life that Italians live by, known as l’arte del dolce far niente, which translates to the Italian specialty of the sweet art of doing nothing. Not to mention the whole hand-gesturing-while-we-talk art, which deserves its own artistic movement. 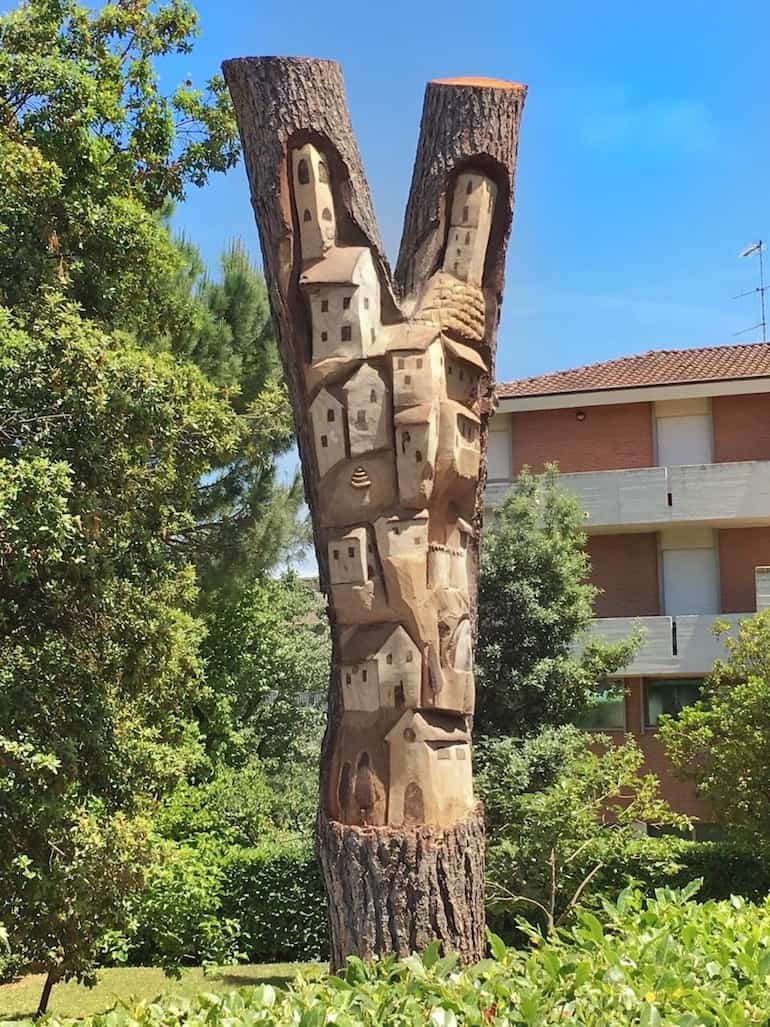 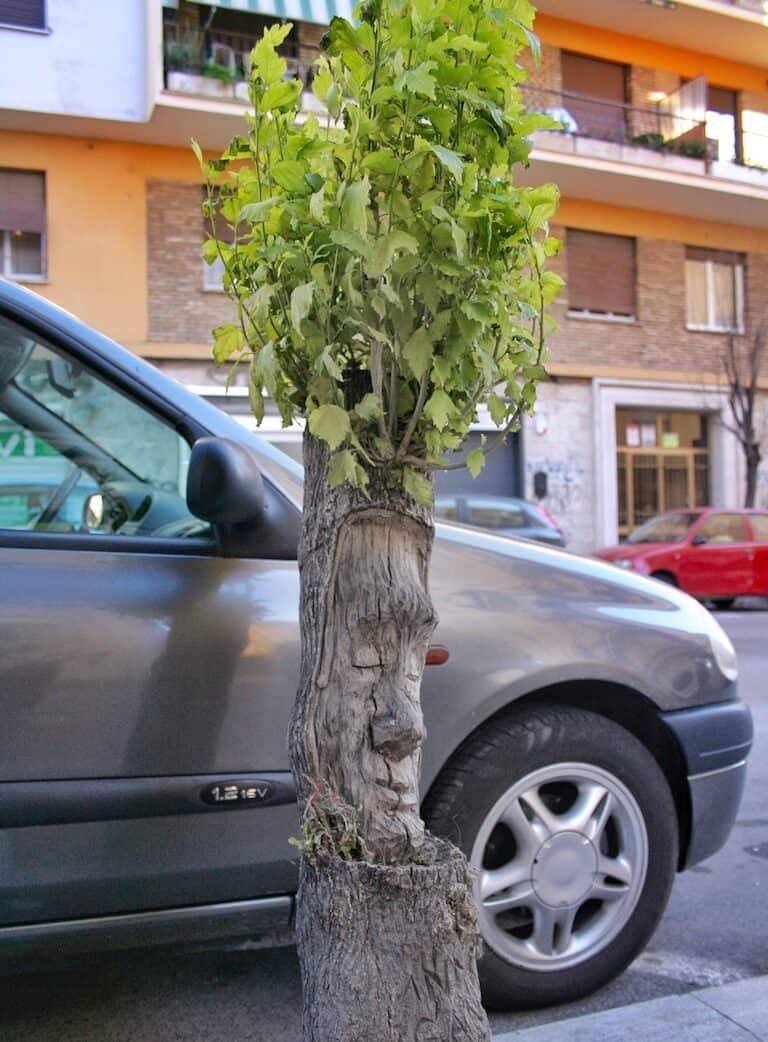 Home to art since the beginning, nowadays Rome also welcomes a great number of street artists. With eye-catching murals, modern installments, paste-ups, and new creative art expressions, a household name that has made his way to the top is Andrea Gandini.

Gandini is a master woodcarver, and focuses his work on lonely tree trunks. If you have yet to see his work, once in Rome you will certainly notice one of his 66 (and counting) sculptures around the Roman streets. Stroll the vias of Trastevere, Villa Pamphilj and many others and you’ll notice forgotten tree trunks carved into masterpieces.

Andrea began sculpting little objects while in his father’s garage, during which after a year he moved onto his first tree trunk. As people noticed and praised his first sculpture, Andrea gained confidence and started to move onto what is now his daily passion. Having been at it for about five years now, his work attests to his continuous improvement and creative mind; no wonder he also works on commission. Andrea attended an art-based high school, but his wood carving skills are mostly his own learning. Over the years he has worked with different artisans and added to his wood-carving knowledge.

Andrea explains how the forgotten tree trunks give the idea of a tombstone at times, and the fact that he can give them a second life by sculpting them into something new is a feeling like no other. Andrea adds that, while he sculpts, he follows and adapts his vision to the trunk itself, often times following the trees’ natural structure, and describes how he is simply eliminating the superfluous and lets the tree guide him into what he will sculpt.

Often times Andrea will work during the day, which gives way to a slew of passersby that will stop and observe as he sculpts away. Andrea explains how he is intrigued by these meetings, does not shy away from them, and is often surprised by the different ways in which people choose to interact with him while he works. These encounters lead to interesting conversations, so if you do happen to see him around, know that he is up for a chat!

He is currently working on a sculpture in Rome, but will soon travel to Naples and work on creating his first four sculptures there; so, if you’re in the area, keep an eye out for them there too!

In three years, Andrea would like to see himself still sculpting, but on a larger scale. One of his favorite spots in Rome is The Giardino Degli Aranci, which not only includes one of his sculptures, but also gives way to a breathtaking view of Rome. Perhaps, it can be the perfect starting point (or even your finish line) for you to start looking for all of Andrea’s sculptures which, lucky for us, have been adding magic to Rome’s streets and corners since he began. Art is everywhere, woodn’t you agree?