Nominated by The Observer among the 10 best street artists worldwide, BLU -who since his beginning at the end of ’90s always exposed social and political fights- keeps tying up his name with social issues making over 3 symbolic occupied buildings in Rome: an abandoden aeronautical barrack occupied by 400 people at Porto Fluviale, a smaller building occupied by students and temps on via Ostiense and an abandoned dog track which now hosts concerts and cultural events. All concentrated in the area between via Ostiense and Marconi bridge, here are those 3 intriguing artworks BLU realized during 2013 to let occupants speak their mind to the general attention.

The site is a former aeronautical barrack on via del Porto Fluviale (Ostiense neighbourhood) occupied 8 years ago by 400 people, also known as “Fronte del Porto”. Here BLU played with the architectural elements of the building, the huge windows becoming the eyes of many monsters, and caracterized each monster by a bright, rich colour and an extremely detailed motif. Besides the profusion of details, another typical aspect of BLU’s work which can be spotted in this huge mural painting is the symbolism used, always connected to those social and political issues he wants to draw the general attention on: in this work we can recognize the pollution, the war, the housing fight, the “hombre banano” already appeared in South America on a 2005 mural, but also more common symbols of social issues of our times and references to the urban area where this building is located (such as the Gazometer, aka the modern colosseum, which is just few blocks away). 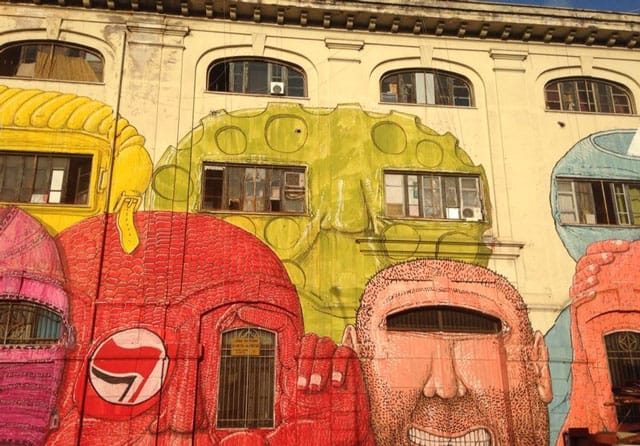 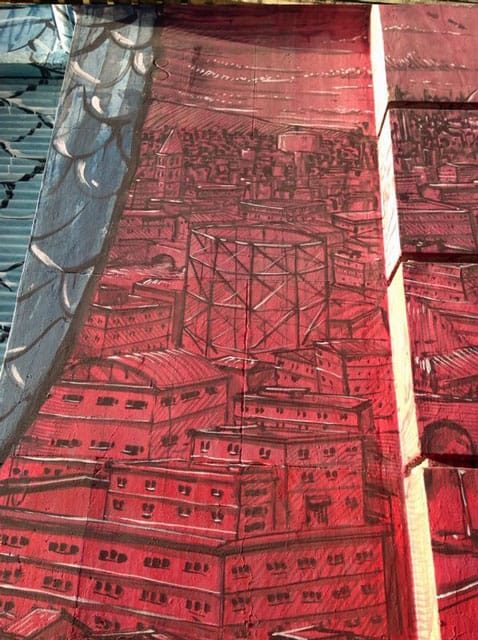 Previously owned by Acea (the italian energy company) which donated it to the Municipality, this building at via Ostiense 124 is now occupied by students and temp workers living inside the building. BLU painted the facade representing a chain of cars holded together by a giant lock. 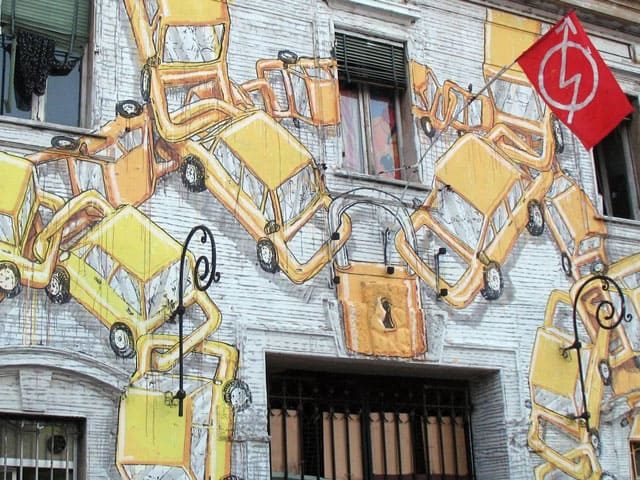 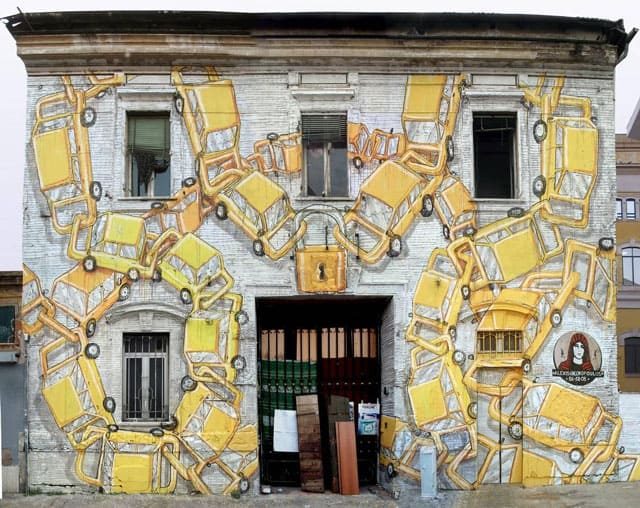 When it was the time to renovate the facade of an abandoned dog track at Marconi bridge -occupied since 2002 and now one of the most popular squatted cultural centre in Rome- BLU didn’t surely hold anything back! The mural painting on Acrobax’s facade is simply majestic! Inspired by the ancient romans’ monumental style, on Acrobax’s facade BLU represented a slice of modern society with its crucial issues. Reading among its symbolic figures we can find attacs to religion, consumism, wars, politic class and more plagues upon contemporary society. I especially love the contrast between the minimalism of the style (from the black and white to the line itself) and the monumentality of the project itself. 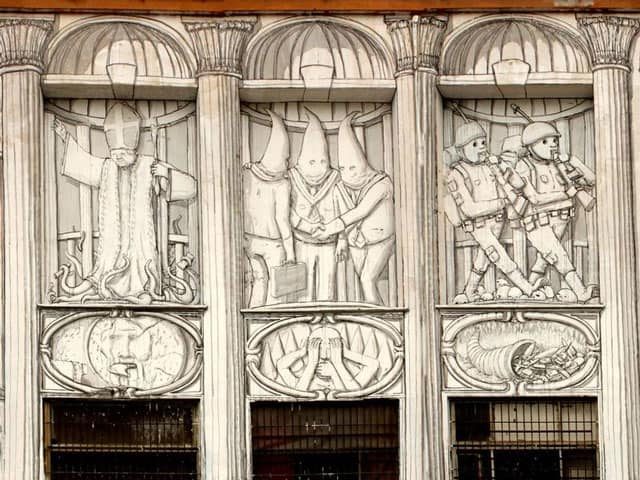