Ever since I was a little girl I’ve sat wide-eyed and reverent in front of cinema screens. You’ll never hear the words “It’s just a movie, in real life that would never happen” pass my lips. Mai. If you should so much as utter “Ah, but this is the Hollywood version of Italy” I would look at you so wounded that we’d probably have to stop being friends. So transported am I by the silver screen and with a perspective as forgiving as a girl in first flushes of love when it comes to films set in Italy, that it was only inevitable that cinema rest as the culprit behind my decision to move here. Sure, I tell people I wanted to make this travel/cooking TV show I’m filming at the moment. Other days I let them think it was a boy I met on a summer holiday who enticed me. But the truth lies somewhere between shamefully evocative romcoms and stylistically avant-garde neo-realist cinema. Thank you both to Italian directors and foreign filmmakers inspired to shoot here. None of you lied. This country, this quintessential film set, is equally as sensual and cinematic when the camera stops rolling.
I have seen una marea of films set in Italy, but here are some of the ones that moved me most (and I use this term loosely, as in… Monica Vitti often ‘moves’ me to cut my hair short into a bob… until I realise I haven’t got her lips to pull it off)… 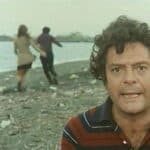 Dramma della Gelosia
Outside of Italy we have this view of Italian actresses as being sex symbols and little more. This was the first film I saw when I realised that luscious women like Monica Vitti could be hilarious and beautiful at the same time – a deadly combination. Of course Marcello Mastroianni is wonderful in this too and their chemistry is off the hook! 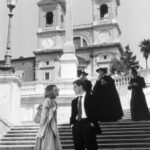 The Talented Mr Ripley
The clothes, the locations, the era. Between the cinched waists and pastel scarves worn by Gwyneth Paltrow’s character Marge, the pianobar scene where they play jazz and sing Tu Vuò Fa L’Americano and the entire premise of pretty young creative things running away from society to live like cultured trust fund nomads in the sexiest towns in Italy while writing books and composing music and making love – this is about as aspirational as it gets for me. 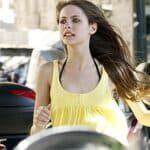 Genova
So I can also do a little bit of reality. This more contemporary story about a British father and his two daughters who move to this Northern Italian town had me entranced and I would have to say director Michael Winterbottom managed to capture the eery and intoxicating beauty of Italian alleyways like no other I’ve ever seen. 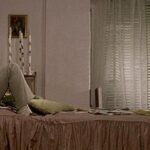 Ieri, Oggi, Domani
I can’t explain the love I feel for this film. With Sophia Loren and Marcello Mastroianni in three independent stories set in Naples, Rome and North Italy, there is a beautiful and irreverent cross-section of Italy. The moment I got my first terrazza rooftop and started watering plants in my lingerie with a view over the domes and terracotta rooftops of Roma it was hard not to fantasize about being a hooker with a heart of gold (and an apartment with a view over Piazza Navona). Watch the film, you’ll want to be a prostituta too. (Or barefoot and pregnant in a jail in Naples!) 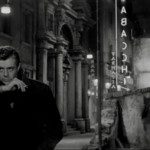 Le Notti Bianche
Slower, more intimate, more moody. This black and white film by the great Visconti shows a much more subtle Mastroianni and deals with themes of loneliness and love between strangers. I believe it was shot entirely at Cinecitta’ and it stayed with me for a while because the temptation to fall into conversation with a stranger crossing a bridge late at night when you’re a foreigner in town and aching for affection is a timeless theme any expat can relate to. 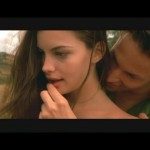 Stealing Beauty
How can I even describe the obsession I have with the director Bertolucci? The tight camera angles of the Tuscan breeze blowing a red cotton skirt around the post-adolescent legs of Liv Tyler. THAT party in THAT villa. The completely seductive idea of spending a summer in Tuscany and losing one’s virginity. The soundtrack with a heady blend of jazz like Nina Simone, Billie Holiday and Chet Baker, mixed with contemporary escapist tracks that encapsulate a frustrated girl in love and THEN, AND THEN… scenes of a languid Tuscan afternoon spent swimming naked in a pool in honeyed light in the hills of Siena made magical by Mozart’s epic Clarinet Concerto in A Major. Oh, what I would do to have an espresso standing up in a bar with Bertolucci and kiss him on the cheek in gratitude for this poetic film! I’ll stop writing now. 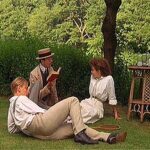 A Room with a View
And speaking of soft Tuscan light… this soothed me when I was yearning for Florence after spending a few months there at 21 and returning to study in my own country. Plus I just love picnics… even though they’re not an Italian thing. 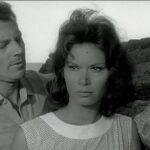 L’Avventura
Oh wow. I’d forgotten about this one. This was my first neo-realist Italian cinema love. I studied it at university and when everyone else left the theatre and the projector had long been switched off I remained, aroused and melancholy at the same time – what had Antonioni DONE TO ME!!? And who was that captivating blonde who is ravaged in a field by her best friend’s lover? That was the day I discovered actress Monica Vitti and director Antonioni and realised why I love Italian films:
because even when an Italian speaks of alienation and modern day discontent he does it with such beauty that you don’t know whether to cry or make love to your deepest darkest crush. 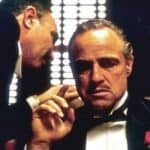 The Godfather Trilogy
I have to put it in here. I spent weeks making pasta, churning it out in great greedy dishes. My boyfriend at the time didn’t know what was wrong with me. I just felt that dry earth of Sicily, the haunting music, the tradition, the tragedy. I fell like everyone else. 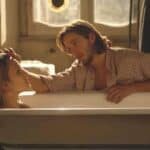 Parlami d’Amore
Don’t laugh. I loved it. It’s not the type of film studied at university but I was going through a particularly deep infatuation with Silvio Muccino and I know he gets a lot of flak from industry people here in Italy but hey, wouldn’t you want to be kissed up against a fountain after midnight? Besides, it was the first Italian film I was able to watch without English subtitles so it’s special to me linguistically. 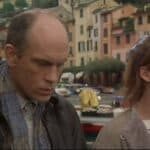 Al di la’ delle nuvole
Another Antonioni classic. Disturbing, romantic, thought-provoking plot but not for the lover of linear-and-then-they-all-lived-happily-ever-after films. I remember the fog and the tall silhouette of the character of Kim Rossi Stuart, the man who finds it impossible to love in his search for perfection. 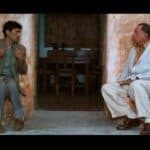 Il Postino
Poetry and an Italian island and a beautiful woman and a humble man on a bicycle. What’s not to love in this splendid film? This made me want to move to some islands off the coast of Italy and write poetry and chop vegetables in the sunshine and swim in beaches with dramatic cliffs, all before wandering into a little fishing village to buy my groceries.It’s such a tender story and the fact that the main actor died soon after just breaks my heart.Didn’t the soundtrack win an award?Yeah, I just checked.Academy Award for Best Original Dramatic Score and the Award for Best Film Music. 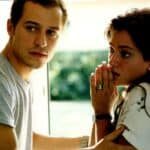 L’Ultimo Bacio
I needed this film. I was craving LIFE in Italy. The messy things that happen. The flirtation, the problems, the fighting. I have to say after being in relationships here it seems to be that Italians fight with much more passion. I remember seeing the scene between Giovanna Mezzogiorno and Stefano Accorsi and being taken aback by the violence of their tone. Since being with an Italian boyfriend and fighting with one I’m discovering that this is perhaps a cultural thing. 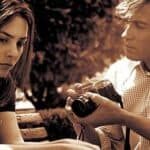 La Meglio Gioventu’
My first Italian boyfriend made me watch this very long and very engaging trilogy and I just loved it. I made a rich pasta al forno and a tiramisu’ and we lay in bed watching and eating with me frequently asking questions about the subtext. It’s a journey that you finish and you’re so intimate with the characters it’s hard to say goodbye – some of Italy’s best actors. 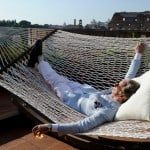 La Grande Bellezza
You will probably only appreciate the exceptional talent of director Paolo Sorrentino if you have lived in this city, been to the parties, understood the richness and restlessness of upper and middle class Romans. There is much beauty and so much truth in ‘La Grande Bellezza’ that I felt utterly overwhelmed.

Oh, I had so many more to add but our designer has just let me know we’re out of space. But I think you get the idea: cinema italiano mi fa impazzire!