You may know this quartiere for its myriad bars and piazza crowded with hipsters, but it is actually one of the most historically fascinating parts of the Eternal City. Hana Lo Bianco reviews the book Evicted from Eternity, which explores its past and present.

Tourists flock to Trastevere but Romans flock to Monti. This is the oldest neighbourhood in the city and, arguably, in the Western world. 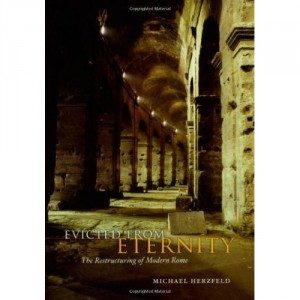 If you want to understand this city and its people, Monti is worth your time. It is also worth a 357-page ethnographic study by world-renown anthropologist Dr Michael Herzford of Harvard University. In 2009 he published Evicted from Eternity: The Restructuring of Modern Rome. I live in Monti and I was fascinated to read the rich insights gathered from his many years absorbing the contemporary reality of Rome’s most ancient district (rione).
Monti is home to the Colosseum, part of the Roman Forum, the church of San Pietro in Vincoli (with Michelangelo’s statue of Moses) and Trajan’s Market… to name just a few of its UNESCO world heritage-listed treasures. The residential part features narrow streets with cobblestones and an architectural mix from every Roman age, including the fascist era.

Until very recently, Monti was still notorious as the ancient red-light district with a predominantly working-class population and a rough communal charm. Two millennia ago, Julius Caesar was born in this hood (!), which was/is also known as the Suburra meaning ‘below the city’ or ‘sunkun district’. Today Monti features a distinct hipster vibe (with packed bars, an American Apparel store, Italy’s premier jazz school, and indie designer markets). 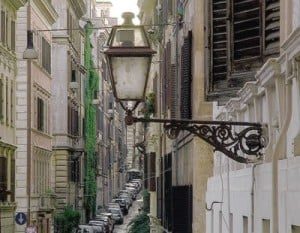 “The narrative switch from the Romanesco (Roman dialect) word ‘mò’ to the standard Italian ‘adesso’ (both meaning ‘now’), with the positioning of the Italian ‘adesso’ at the end of the sentence adding further emphasis, reproduces a sense of shifting through time – the time of the sentence reproducing historical sequence – from affectionate neighbourliness to the bland and perhaps hypocritical politeness of modern national culture.”

For Herzford, Romans are “an ethnographer’s dream”. His book takes us deep into the changes in Monti and shows us the ambivalent place of Rome, more broadly, within the Italian cultural landscape. I especially love his analysis of Roman food and dialect as well as the assortment of people he introduces us to. Monti is also interesting for its (albeit invading) modern demographic, which includes actors, artists, politicians (including President of the Italian Republic, Giorgio Napolitano), academics and some remaining stoic artisans of the Monticiano ‘old school’. I highly recommend you read this book and do some serious meandering around the area.