It is common practice before going away to take a phrasebook of useful terms for your holiday; buongiorno, arrivederci, il conto, grazie… Italians are accustomed to tourists muttering a couple of words in their language, red-faced and with a heavy accent, before swapping back to English, defeated. Waiters barely even recognise their attempts. The whole procedure can be frustrating and disheartening.

Next time you’re in Rome, try something else: speak some Roman! A dialect which some Italians can barely understand, it will show you’ve done your homework before the trip. Hate looking like an ignorant tourist? As the saying goes; When in Rome, do as the Romans do. 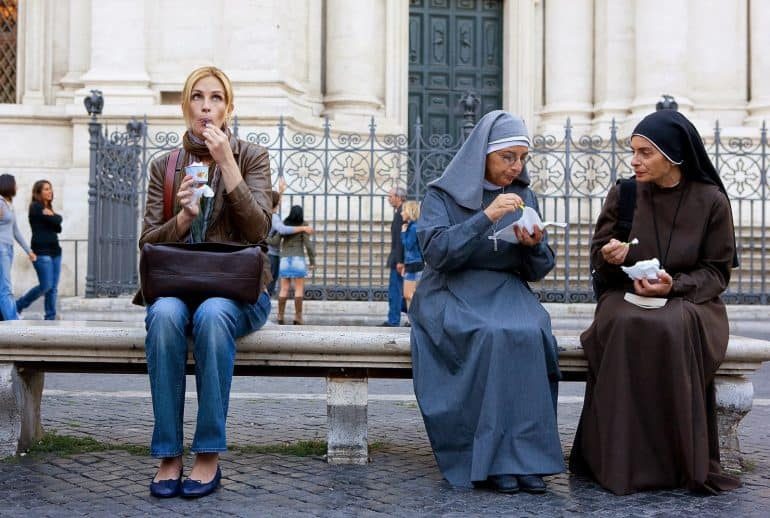 If you meet a Roman who wants to take you out, or simply offers you a free gelato, rather than ‘si, certo’ you can say ‘avoja!’ which means yes, but with more emphasis. Hell yeah!

Italians say ‘dai’, Romans say ‘daje’ (pronouncing the ‘e’ as you do in Italian as an open sound). It can be used in several situations, usually to try and hurry someone up, or to encourage them, especially in sport. ‘Daje Roma facci un gol!’ (Score us a goal!) To be more emphatic: ‘Dajelo tutto!’

If someone really makes you laugh, exclaim ‘che tajo!” It means how funny (che divertente in Italian proper.) It can also be used in a sarcastic sense.

Scialla or Shalla = Roman form for ‘chill’ or ‘it’s fine’. It’s one of the most used Roman words out there.

Whenever you’re tired and feel like a nap, you can say this. Say you need to go out with some friends after dinner but you’re really tired and need a nap to recharge your batteries. Instead of replying, “I’m going to nap”, you can reply with this.

Your friend is quite persistent, and won’t take no for an answer. ‘Daje, C ho n’ arsura!’ literally translates as my mouth is dry from the heat, but it also means I really need a drink.

Rome can often get unbearably hot. Rather than simply panting and wiping away the sweat from your forehead, why not say this charming phrase? Quite literally, I’m foaming, it serves as an indication of how hot you are!

When it’s time to call it a night, a true Roman will say, “Mo s’è fatta ‘na certa”, which translates to “it’s quite late”.

These are just a few of the creative expressions in Roman dialect. Enjoy your trip, speak some romanesco and see how much you can learn while you’re there!