On the Caelian Hill, there is a charming boat fountain, “La Navicella,” probably a votive offering copied in the early 1500’s from the ancient original for Pope Leo X. Beyond lies the church, frequently called by the same name, which was built in the 7th century.

The attribute “in Domnica” has been differently explained. One interpretation is the derivation from dominicum, meaning “of the Lord”, and by extension “church”. Another interpretation refers to the name of Cyriaca, a woman who lived nearby, and whose name means “belonging to the Lord”, Dominica in Latin.

The façade of the basilica is in the Renaissance style. The interior is notable for its 9th century mosaic of a lavish garden surrounding virgin and child not unlike the Villa Celimontana park to the left of the church itself. 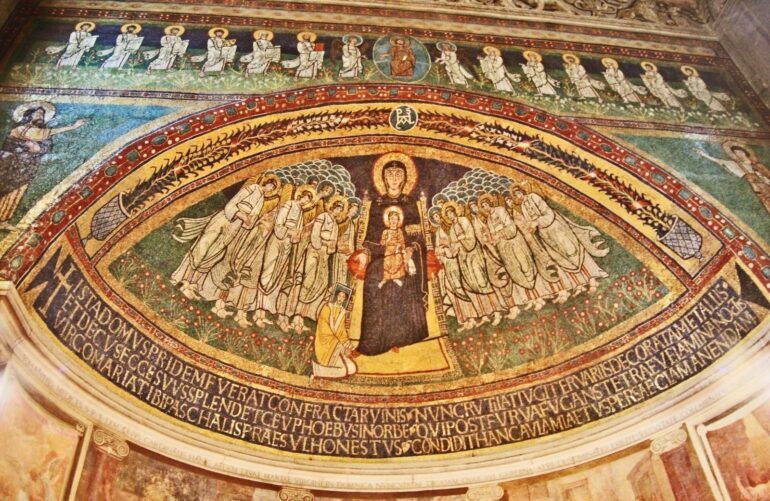