The Jesuit Church of Saint Ignatius in Campo Marzio: an opulent optical illusion

From the outside of this church, not too many tourists would guess exactly why droves of people flock to witness its beauty. If you judge a book by its cover, the church indeed seems like your run-of-the-mill Baroque church in Rome. A dime a dozen.

The church, built between 1626 and 1650, was dedicated to Ignatius of Loyola, founder of the Jesuit Order. In April of 1891 an enormous powder magazine explosion just outside the city rocked Rome and damaged the ceiling artwork. A restoration in 1961 repaired the painted ceiling.

However, once you step inside, you’ll understand why it’s misjudged. No, your eyes aren’t playing tricks on you. Glance up above and you’ll see what appears to be a dome. Now try stepping outside again and you’ll realise there’s no cupola there. 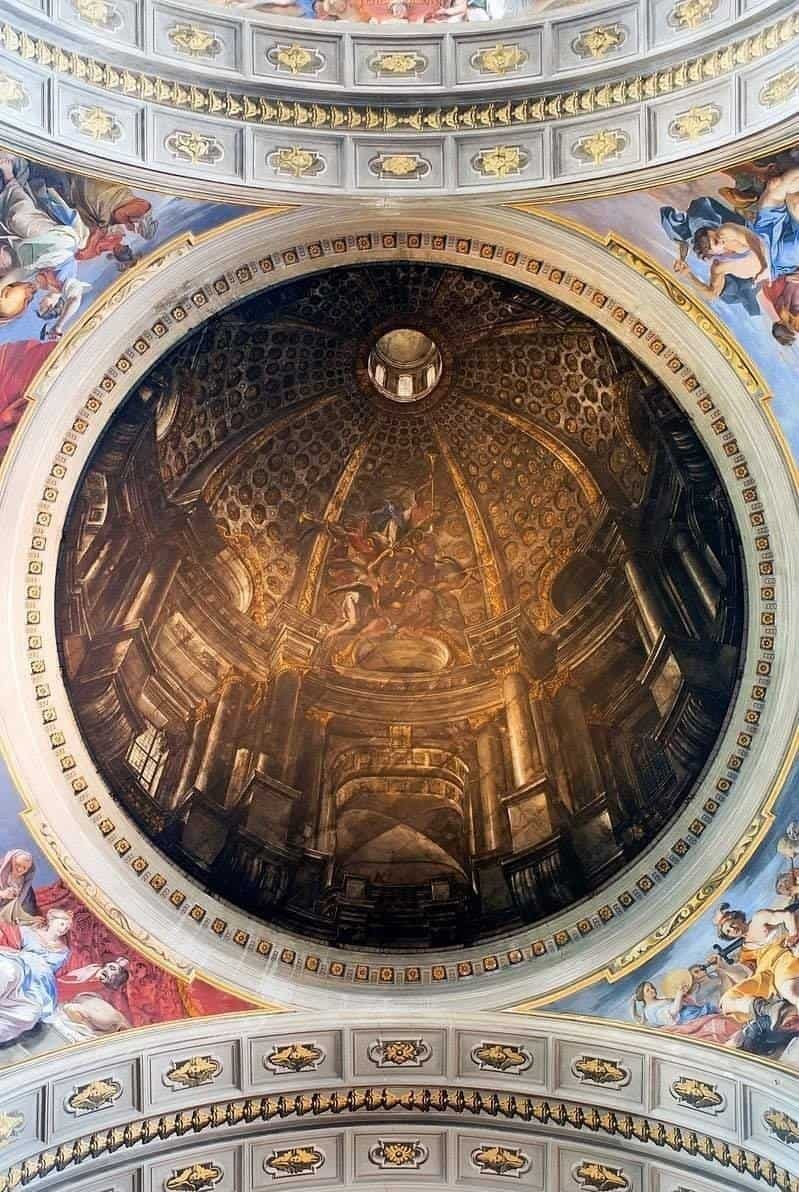 In fact, when the church was originally built, there were plans to initially build a glorious dome. But those plans fell through, the money ran out in 1642, and so, one of the Jesuit brothers of the church, Andrea Pozzo, painted an extraordinary replica of a dome instead. His masterpiece, painted between 1685 and 1694, still deceives the eye today.

The glory of Saint Ignatius

The large fresco is the main piece of decoration of the church. The paintings exalt the apostolic activity of the Society of Jesus in the world. Pozzo creates an optical illusion that gives the impression of an infinite space.

The most famous painting represents the glory of Saint Ignatius of Loyola accompanied by the angels. The trigram of the IHS of Christ, the logo of the Society, on his shield shows the divine recognition of his work. 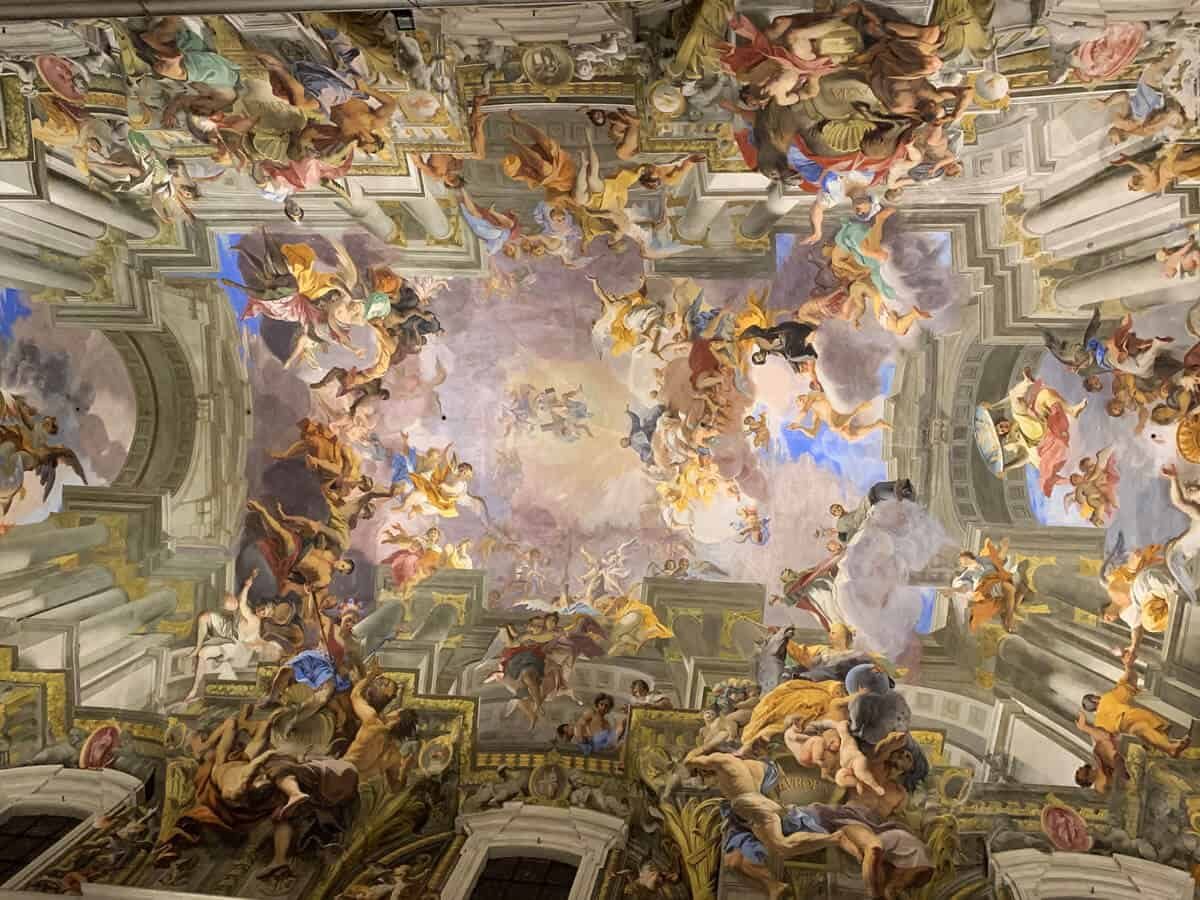