Goethe reports how in 1786, ‘The whole palace and all its rooms are accessible. Entrance for the public is free, no need for tips or being hassled by the custodian.’ Thanks to President Mattarella’s initiative, that happy state of affairs has been re-established. The Palace, starting from June 23rd, is once again open to the public 5 days a week. The first type of visit is also free, as in Goethe’s day, except there is a 1.50 Euro booking fee. For 10 Euro the second itinerary is a packed two and a half hours, with a commentary provided by experts from Sapienza University. One would willingly pay the same just for the views from the terraces, where St. Peter’s seems a mere stretch of the arm away. 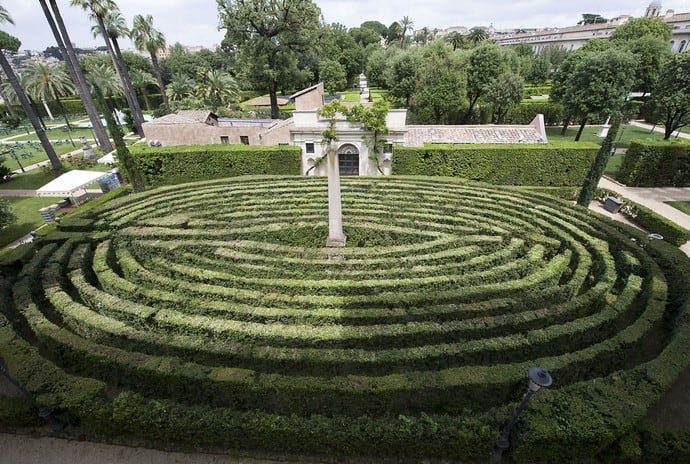 But back to origins. The Quirinale is the highest of Rome’s Seven Hills. When late Renaissance Popes sought a summer (or longer) refuge from the then malarial fug of the low-lying Vatican, the Quirinale was an obvious choice. Especially since the garden already existed: Ippolito d’Este, Lucrezia Borgia’s son, had bought up Cardinal Carafa’s so called vineyard ‘di Napoli’ and then remodeled it after the garden below his more famous villa in Tivoli. Pope Gregory XIII, a regular visitor must have been impressed. In 1583 he had a palace built by his architect Mascarino and was the first of 30 popes to reside there. The palace continued to grow as respective papal architects added to it. Statues were provided in the form of the 5 meter tall Dioscuri and two rearing horses emerging from the ruined Baths of Constantine and placed at the palace entrance by Sixtus V. 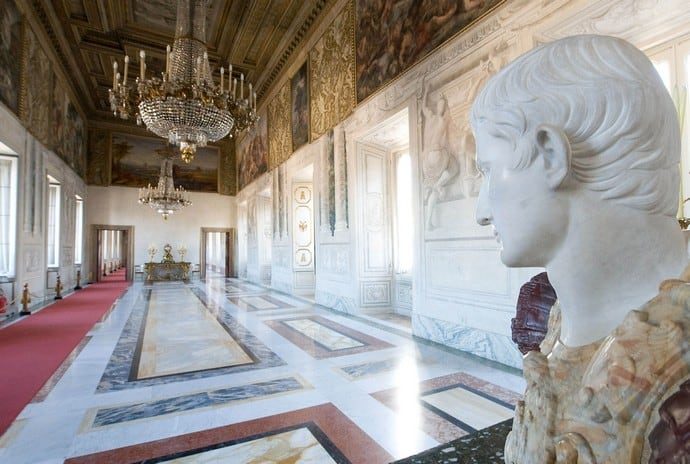 The piano Nobile is something of an interior decorator’s heaven: Rooms of tapestries, mirrors, the Sala dello Zodiaco, followed by a library so ornate it seems to be a painting.

Had it not been for Waterloo, Napoleon might have been here. A whole suite of rooms had been prepared, including what should have been a studio upon whose ceiling presides a Napoleon-faced Caesar dictating commentaries about a Roman empire that in Bonaparte’s case never happened. The same suite includes the French tapestries inherited from Louis XV’s daughter, which were much admired by Putin earlier in the year.

OF PRESIDENTS, POPES AND KINGS 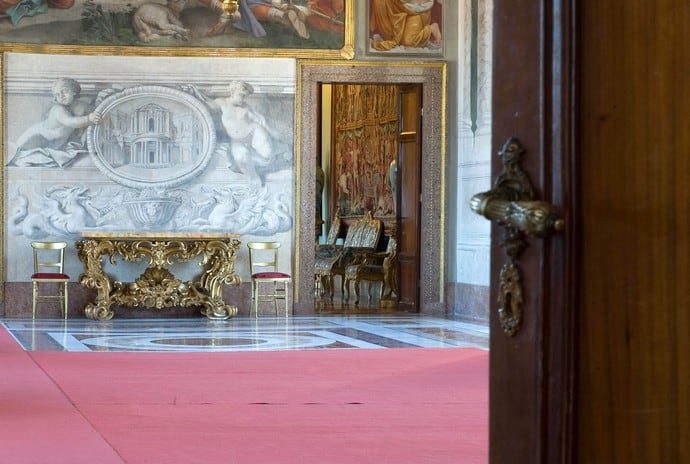 Descending Mascarino’s helicoid staircase, a prototype for Borromini’s structure in nearby Palazzo Barberini, one reaches the ground floor, divided up to reflect the three types of occupancy. Starting from the most modern, a section is dedicated to modern Presidents, the first taking up residence with the new post-war republic. In each case there are press photos (and some cartoons) of events marking their respective tenures: President Ciampi hosting Nelson Mandela; Pertini celebrating Italy’s World cup victory in Spain and in a mountain retreat next to Pope John Paul in unusual civilian dress; President Cossiga with a koala bear, and a young Queen Elizabeth. President Leone appears dwarfed by Denmark’s statuesque Queen Margaret while President Einaudi stands proudly above the first FIAT Uno. The royal rooms smack of late Rococo excess, the most memorable, if modest work, being Induno’s picture of Garibaldi meeting Emmanuel II. By comparison the Papal rooms contain half a dozen Baroque masterpieces to match the earlier Melozzo da Forli’s Christ overlooking the main staircase. 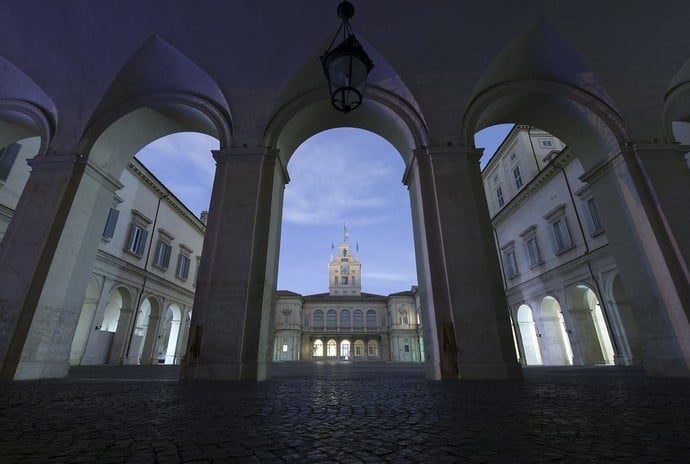 What better way to impress than over a meal, even the breakfast eggcups are stamped with a gold crown d’oblige. So the house of Savoy felt an urge to keep up with their royal rivals elsewhere in Europe. After the comparatively Spartan residence of some 30 popes Princess Umberto I’s wife, Margherita took it upon herself to collect porcelain dinner sets from all over the newly united Italy. Add 9.000 pieces for Umberto III’s wedding, sets from Meissen in Germany, from Vincennes and Sevres, from Worcester, UK and the final number is an astonishing 38,000, all immaculately displayed behind cabinets in what was once the royal kitchens and laundry rooms. 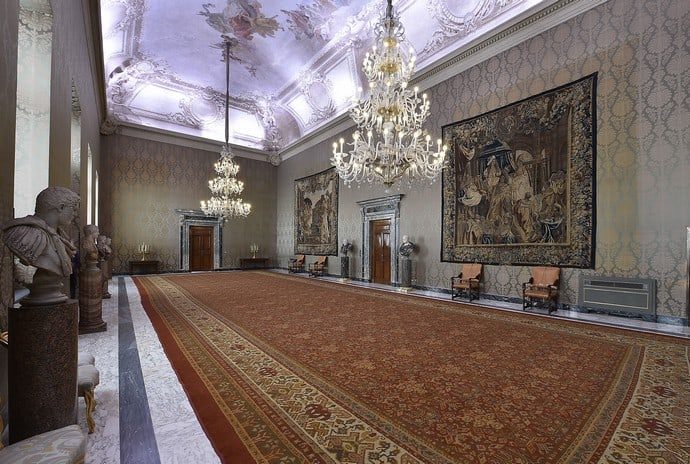 Fascinating for children will be a collection of coaches as sumptuous as one could find this side of a fairy-tale: a brougham or ‘Smart’ coach of its day, landaus, coaches for carnivals, weddings and funerals, and coaches as up-market taxis used for transporting visiting royals and heads of state from Termini- look for the grainy 1920s film clip showing just that.

Meanwhile the gardens outside provide a sort of ‘rus in urbe’, a demi-Eden with a palace attached. The Palazzo Quirinale is now accessible to every man/ woman/ child for a couple of memorable hours at the click of a booking.

Itinerary N.1 (artistic-institutional) is free, except for a mandatory booking charge of € 1.50.

Itinerary N. 2 (artistic-institutional and thematic) costs € 10, including the booking charge.

Reservation is mandatory and may be made:

at least 5 days prior to the tour.