The Chaos Within is a colourful journey into the chaotic existence and creative life of the iconic artist Frida Kahlo. It is an interactive exhibition which combines digital, original and photographic works with aspects of Mexican culture. Spazio Tirso has transformed its space into Casa Azul, the house Frida spent most of her life in, reconstructing the most representative rooms from her past. Also on display are works by artist Leo Matiz, who, as a friend of Frida and her father, brings a level of intimacy to his work. Leo’s daughter Alejandra helped with the curation and authenticity of the exhibition. Frida Kahlo is a symbolically powerful figure, empowering women through her own force of character and I would argue was the first performance artist, turning her whole existence into an aesthetic masterpiece. 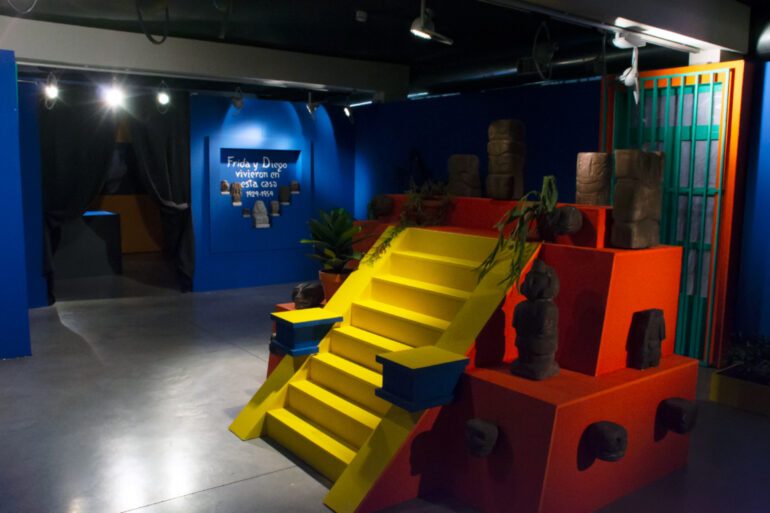 Frida was born in 1907 in Coyoacán on the outskirts of Mexico city. Despite a painful childhood suffering from polio, she was known for being bold, outspoken and fearless. She came from a large and loud family and was closest with her father, a German who had fled to Mexico. She was engaged in politics and educated herself on the philosophies of nationhood, later growing to become a leader of communism in Latin America. At only 18 she was involved in a terrible accident, impaled through the hip and spine, she spent most of her life in casts, imprisoned between her bed and the hospital. It was at the beginning of this sentencing to bed that she began to paint. 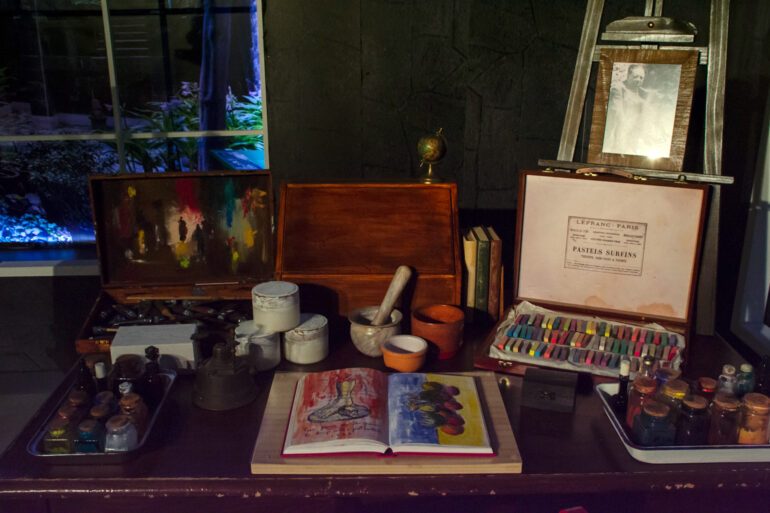 The exhibition begins by walking through the entrance to Casa Azul and finding yourself in a corridor with larger-than-life photographs of Frida and a shrine for the Mexican celebration Día de Muertos (Day of the Dead). It’s a vibrant festival where the living are reunited with their lost loved ones for a day of feasting, drinking and dancing. Everyone is decorated in orange flowers and tequila is drunk to excess. This cultural ability to accept and embrace mortality and pain is reflected powerfully in Frida Kahlo’s art.

The only original work by Frida in the exhibition is They Asked for Planes, Piden Aeroplanos, painted in 1938. This work shows her fascination with the world of children, but also represents a moment of great disappointment in her own childhood and is an unequivocal representation of the impossibility of movement due to the constraints of her body. We are also presented with digitalised versions of her self-portraits, some of which interact with the audience as they have been animated. Frida herself was feverishly devoted to her creativity so it is symbolically fitting that her paintings would come to life with the force of her energy. She largely made self-portraits, using visual paradoxes and juxtaposing images in order to communicate introspection and the surrealism of the self. Her art does not offer a dreamlike world of impossible situations, but rather represents the physical and mental states that held her prisoner. 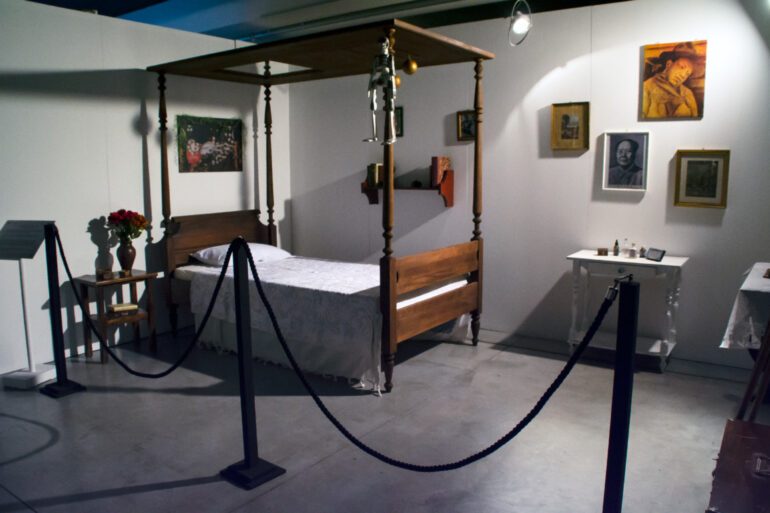 There is a large room of black and white photographs, taken by Colombian artist Leo Matiz, capturing the colossal characters of Frida and her husband Diego Rivera. Across one wall is a striking sequence of images, showing Frida in her traditional Mexican dress, an outfit she wore both to celebrate her culture and hide the deformations of her body. There are examples of this costume in the exhibition to accompany the photography and facilitate in bringing her world to life. From the reconstruction of her four poster beds, you can see a mirror attached to the ceiling, just as it would have been, allowing Frida to see her reflection trapped in a cast. She spent hours observing herself in the mirror and cultivating her look of intricate floral braids and unruly eyebrows. This vanity was contradictory as it also heightened her self perception, as she learnt to pierce through her external self into the abyss of internal chaos. 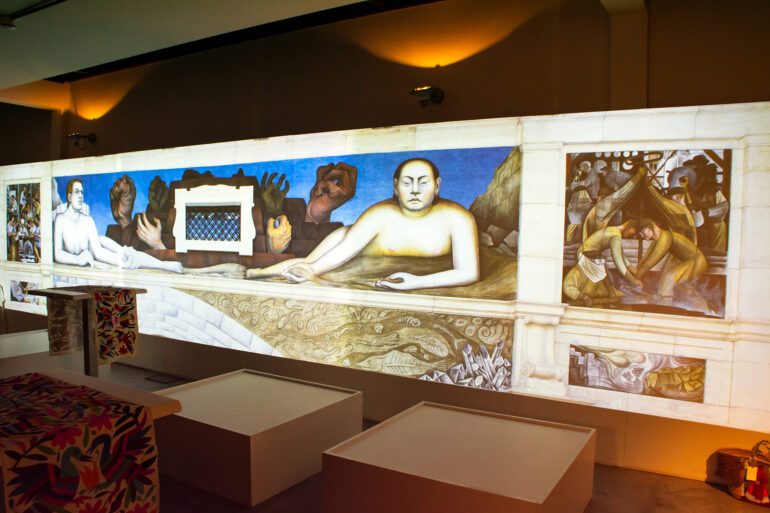 For the ancient greeks chaos was at the centre of experience, a dark space which afforded access to the inner self. Frida Kahlo translates her personal hell and chaos into art. The love letters on display between her and Diego show the passionate and tormentous relationship they shared, as artists, political activist, lovers and companions. Married, divorced and then married again, their love was unstable and their unlikely list of extra-marital lovers included Frida’s sister and Leo Trotsky. Diego too had a chaotic childhood, his twin brother died and his parents, out of their mind with grief, left him with the housekeeper. The trauma of childhood abandonment led him to compulsively reject women, and Frida, as victim to this behaviour, demonstrated her profound grasp of the human condition and the existentialism of existence through her symbolic and powerful body of work.

Wonder through this unconventional exhibition to learn a little about the lift of this ground breaking powerhouse of a woman who forever changed the landscape of modern art.