The best things to see and do in Venice

Considering its humble beginnings as a muddy swamp, Venice has come a long way. Today tourists flock to its labyrinth of streets, canals and bridges to see the embarrassment of architectural gems and artistic masterpieces on offer. Take a trip to this city and soak up some of the magic that has inspired artists from the Renaissance to the present day. Reachable by train in just three and a half hours, Venice, also nicknamed La Serenissima – “Most Serene”, will mesmerize you with its magical atmosphere of canals, bridges, and beautiful palazzi, and the numerous cultural and culinary treats in store for you will make this an unforgettable trip. And if you come by in February, prepare for its world-famed Carnevale. 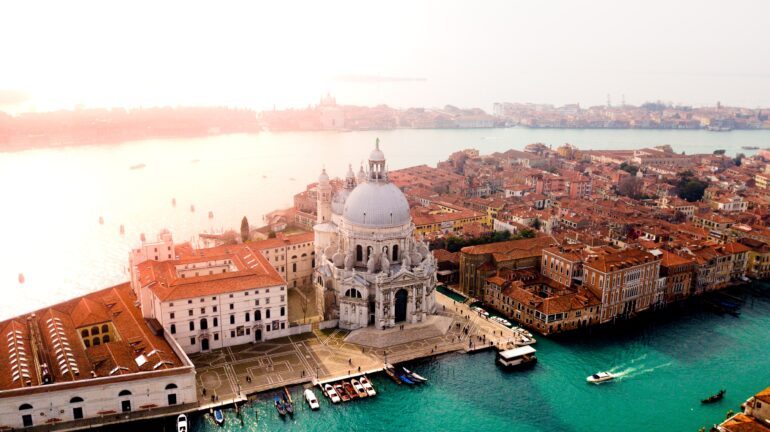 As you’re walking around in Venice, you will inevitably end up in the city’s largest square, Piazza San Marco, La piazza. Allegedly called “the drawing room of Europe” by Napoleon, this piazza boasts some impressive sights, such as the city’s cathedral, the St. Mark’s Basilica with (replicas of) the four Horses of St. Mark, and the adjacent Doge’s Palace. Another city landmark is the red brick Campanile, the bell tower of St. Mark’s, which famously collapsed in 1902, and was rebuilt in 1912. Other sights not to be missed, are, of course, the Canal Grande, the city’s main canal, and its famous Rialto bridge.

Check out Modern and Contemporary Art 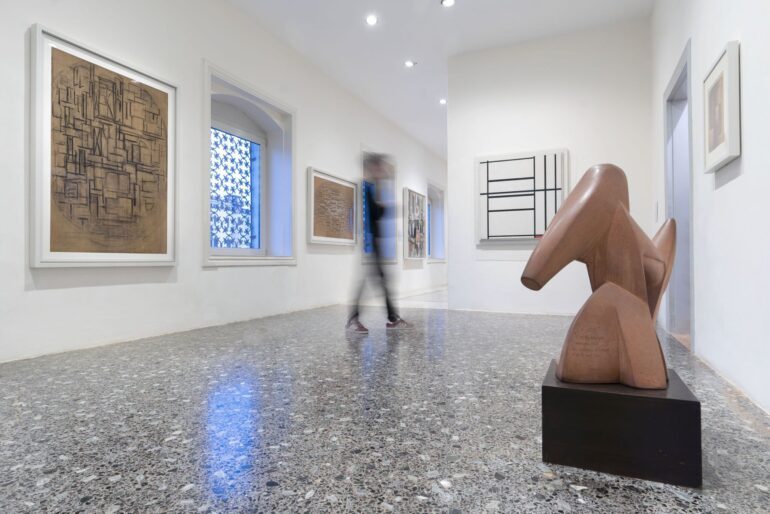 Within the city’s historical fairy-tale setting, Venice is home to one of the most important museums for modern art, the Peggy Guggenheim Collection. Located on the Canal Grande, in the Palazzo Venier dei Leoni, the museum holds an important collection of American and European Art of the 20th century, including works by Picasso, Braque, de Chirico, Miró, Magritte, and Klee, to name but a few. 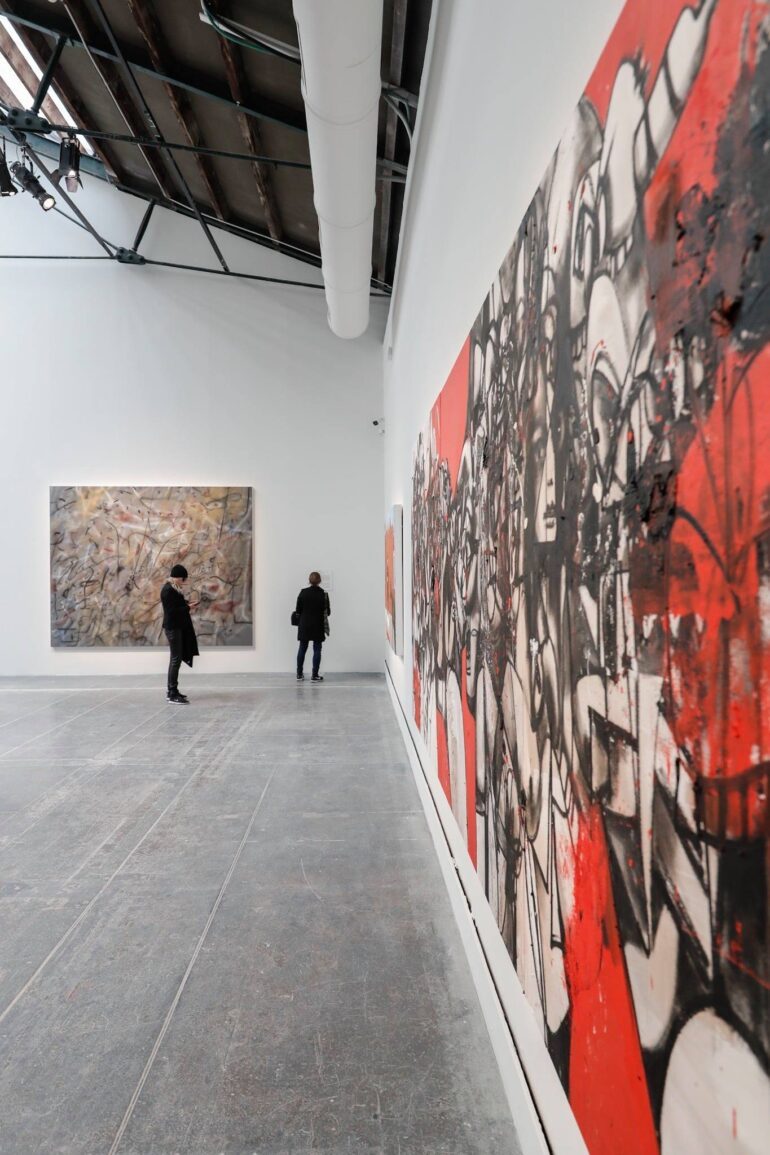 Venice is also the venue for the famous Venice Biennale, an international art exhibition that takes place every two years. Founded in 1895, it is the world’s oldest Biennale exhibition. Visitors will be able to visit this year’s Biennale, titled May you live in interesting times, from 11 March to 24 November 2019. The exhibition traditionally contains two sections: the Giardini, where 30 countries are represented by National Pavilions that exhibit work by artists chosen by their respective countries, and the Arsenale, the city’s former shipyard, that contains a themed exhibition. As artists whose countries don’t have a National Pavilion are on show in other venues scattered around Venice, the whole city becomes part of the event. 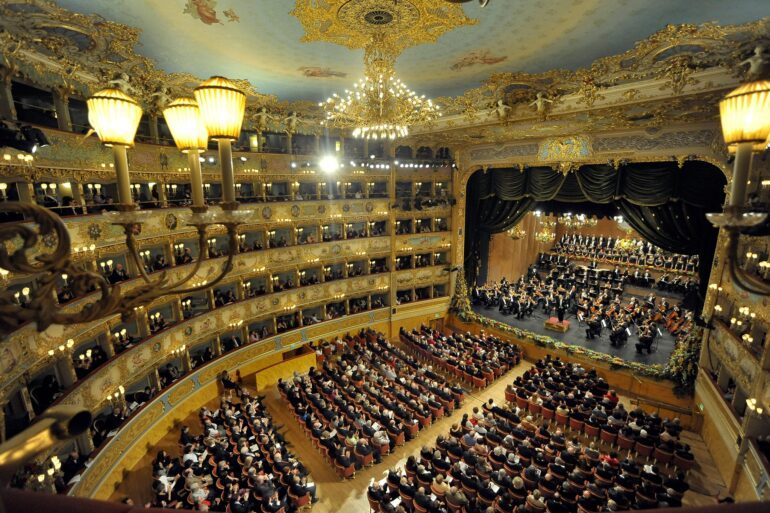 If you’re passionate about classical music, don’t miss the chance to visit one of Europe’s most famous opera houses, the Teatro La Fenice at the Campo San Fantin.

Explore the islands of Murano and Burano 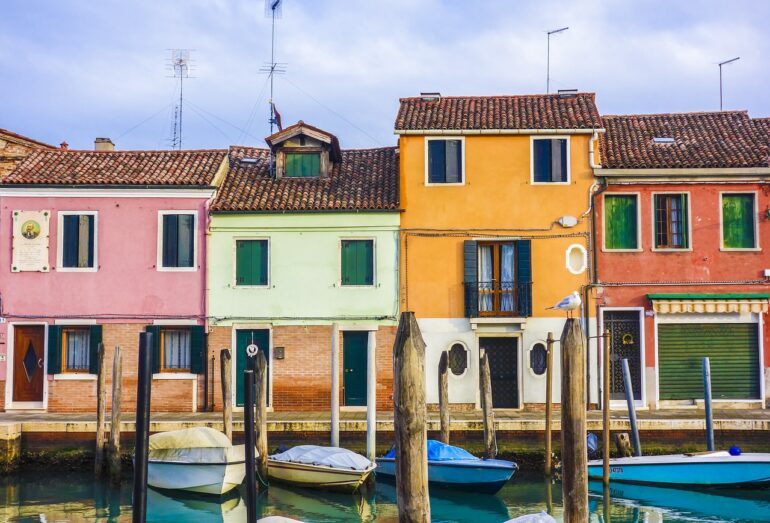 If you’re in Venice for a long weekend, you might want to consider exploring some of the surrounding small islands. Take a vaporetto and go to Murano to learn about the famous Murano glass, or to Burano that stands out with its brightly coloured small palazzi. 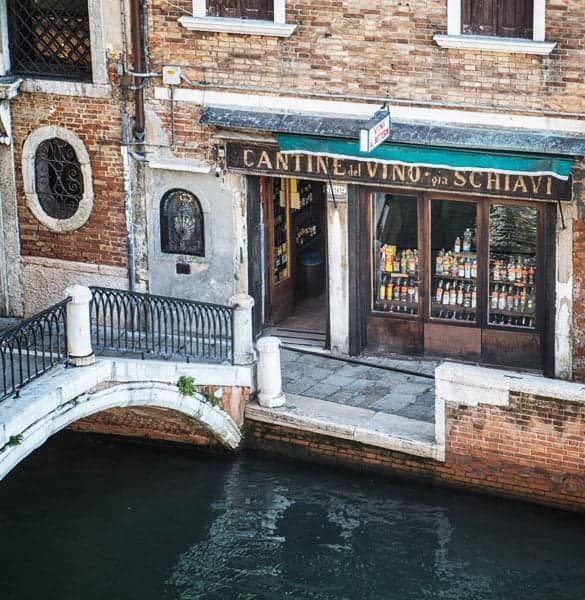 Venice is a wonderful place for eating and drinking, and there’s something for every budget. If you don’t want to spend money on a restaurant, or only want to have a quick bite, just go to any of the many local bacari, Venetian bars scattered throughout the city. In addition to a glass of wine or a spritz (and in Venice they start early and drink a lot), these cozy bars usually offer thickly filled tramezzini (no comparison to Roman tramezzini!) or cicheti – appetizers, such as slices of bread with baccalà, at a very reasonable price. Try Cantine del Vino già Schiavi, one of the more famous cicheti places close to the city’s only operating gondola shipyard, or Vino Vero in the quieter neighbourhood of Cannaregio. Among the numerous restaurants in the city, try either Oliva Nera or Da Jonny for good and reasonably priced local food. If you’re willing to spend more, consider going to the famous La Caravella, located just behind La Fenice. Venice is of course also well known for its famous carnival, taking place every year in February, and adding even more magic to the city. The official festivities start on the Cannaregio Canal with the Festa Veneziana sull’acqua, a parade of dance, music, and theatre, with other events, such as the Volo dell’Angelo, involving an angel flying along a zipwire from the Campanile in St. Mark’s square, and the Ballo del Doge, a masquerade ball held at Palazzo Pisani Moretta. Don’t leave without tasting frittelle – these fried doughnuts will provide a much-needed energy boost to keep you going throughout the festivities.

Create your own Carnival mask workshop 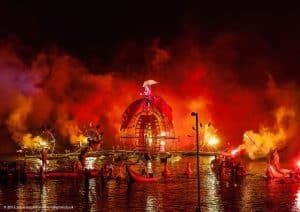 The carnival kicks off in style with this parade of dance, music and theatre – all taking place on the water of course. 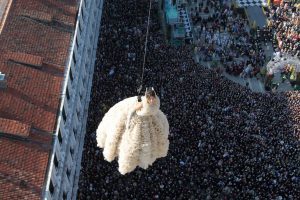 This wacky event involves an angel flying along a zipwire from the campanile (bell tower) in St. Mark’s square. The spectacle originates from the 16th century and is free – you just need to get there early enough. 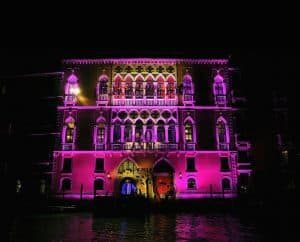 The Dance of the Doge is the most exclusive event of the carnival calendar and is held in the luxurious and ornate Palazzo Pisani Moretta located on the Grand Canal. It’s basically the masquerade ball of your wildest dreams, but it’s not cheap – tickets start at €800. 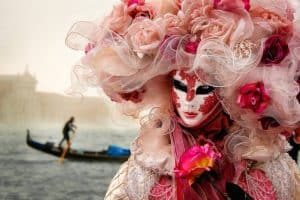 For something more inclusive but just as dramatic enter the costume contests which take place twice daily in St. Mark’s Square. Pre-register for this free event and see if you make it all the way through to the final on the last Sunday of the month.