Currently gracing the walls of the Palazzo delle Esposizioni are nearly two hundred images by legendary photographer Helmut Newton (1920-2004). This exhibition in Rome takes its name from the first three volumes he published: White Women (1976), Sleepless Nights (1979) and Big Nudes (1981). The exhibition curator is Dr Mathias Harder from the Helmut Newton Foundation in Berlin and the artist’s widow, June, supervised reprinting of the works on display. Newton’s first volume, White Women, was not published until he was 56 years old but immediately upon its release it received the Kodak Photobook Award. With these images, he changed the game of fashion photography.

Newton identifies the viewer as voyeur. He makes this explicit with each click of the lens, framing nudity interspersed with the luxe brands being peddled.

His images are cinematic: hinting at stories, mysteries, and characters beyond each stylized composition. Newton conjures film noir crime scenes, naked women in prostheses, and humans venerating mannequins. This is more than selling the worlds of Yves Saint Laurent or Karl Lagerfeld; this is a powerful and seductive commentary on what it means to look and to desire. Newton offers us a stylized reflection of our ever more visually fixated and sex saturated culture. 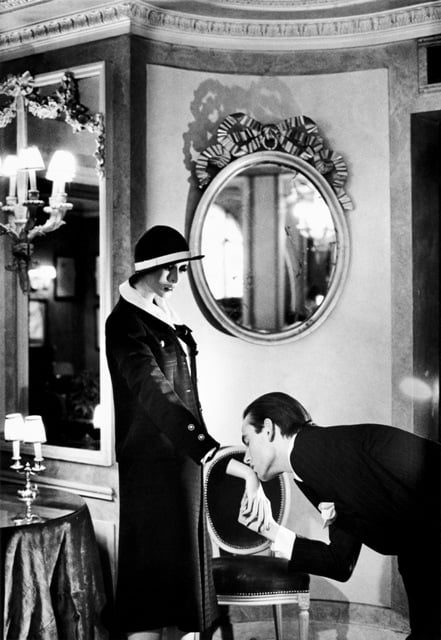 With Sleepless Nights, Newton’s work evolved into portraits including, for example, Andy Warhol frozen in a kind of death pose, which was inspired by a statue of the Holy Virgin that Newton had photographed in a Tuscan church. Sleepless Nights is considered the volume that definitively established Newton’s style and has a ‘retrospective feel’ to it. The exhibition displays images from Sleepless Nights demonstrating the photographer’s work with several prestigious magazines, in particular Vogue. His entangling of live models with fake models, a kind of cold romanticism, manages to be iconic, elegant and creepy all at the same time.

Big Nudes pares back the opulent displays of luxury fashion to celebrate Newton’s image of the strong, urban and Amazonian woman. His models, both nude and clothed, literally march towards the viewer in the captivating series ‘Here They Come!’ which is displayed on a gigantic scale. The women in Big Nudes include athletes, models and other celebrities. They are bold and confident, posing with their muscles flexed and with authoritarian stares. The curator argues that Newton’s work can be seen as a testament to the changing role of women in Western society. 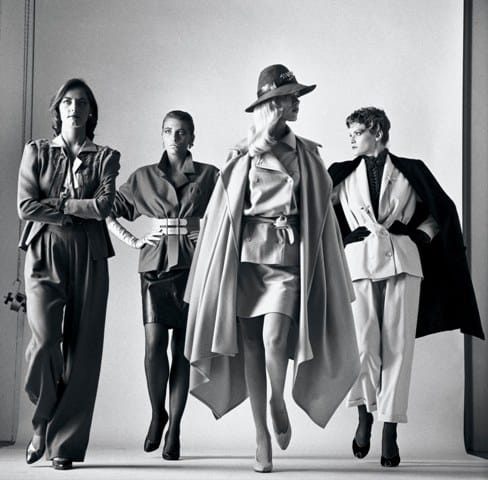 This is an exhibition not to be missed as Newton’s photographs assert themselves from the walls with real power and seduction. His influence is unparalleled and, following a visit, you may just begin to recognise echoes of his aesthetic in the publications and images that surround you every day… 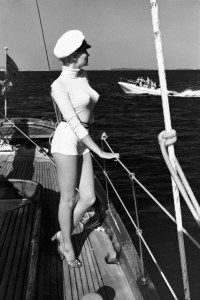