2016 was a significant milestone for the enthusiasts of avant-garde art: Dadaism was created a century ago in 1916 in Zurich, where nightclub Cabaret Voltaire was the movement’s home. German-French artist Jean Arp became one of the founders and a leader of Dadaism. Fifty years have passed since his death in 1966, and these two anniversaries serve as the occasion for celebrating his life and art with The Baths of Diocletian’s exhibit Jean Arp. 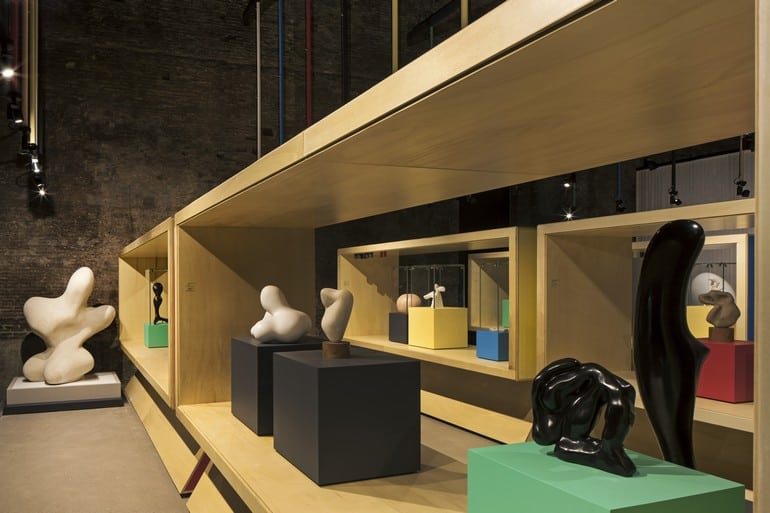 There are 80 works displayed including sculptures, reliefs, tapestries and papiers collés. The exhibition gives an overview of Arp’s wide-ranging experimentalism and concludes with a section of pieces that he created together with his wife, Sophie Taeuber.

Arp never began his sculptures with a predetermined form in mind, but rather focused on the flow of transformation as he worked. Thanks to the lighting and colorful displays, the objects appear brilliantly dynamic, giving the impression that they are forming right in front of our eyes.
The ancient location of The Baths of Diocletian creates a spectacular contrast with Arp’s bold, modern works, emphasizing the main ideas of Dadaism: chaos and irrationality, the “anti-art”, a revolution against normality and conformity. 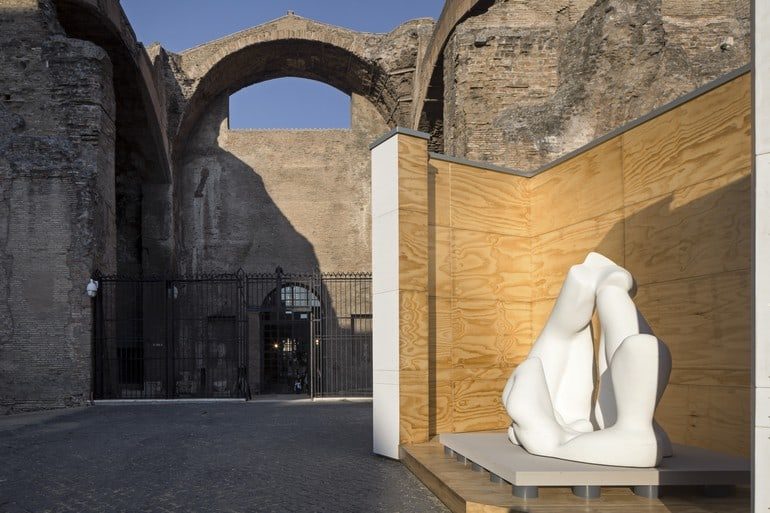