Before I set out to see something in Rome, I brace myself for the inevitable failures that will follow, things that shave off a bit of my competencies in thin layers. Last week, I tried and failed to find the entrance to Nero’s palace, the Domus Aurea. (Google was no help). After several attempts, my friend and I admitted defeat and decided on another museum, where we spent most of our time steering clear of hordes of boisterous teenagers on school trips. Then, too hungry and tired to find a café for locals, paid far too much for a dry piece of marble cake and a cold cappuccino. Rome has a way of making me feel slightly foolish, as if special help is required to complete the simplest of tasks. I used to be someone who could solve minor logistical puzzles, but in Rome, all bets are off. 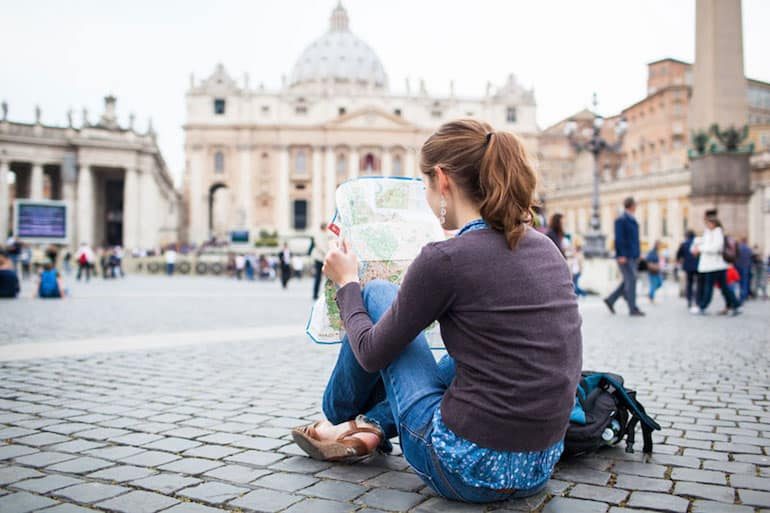 The state of “being a tourist” is not always enviable. Lines, inflated prices, sore feet. Why do we persist? A sense of duty to the ancients that compelled me to see the Colosseum on my first, second, and third visits to Rome, even though I was put off by the crowds each time? 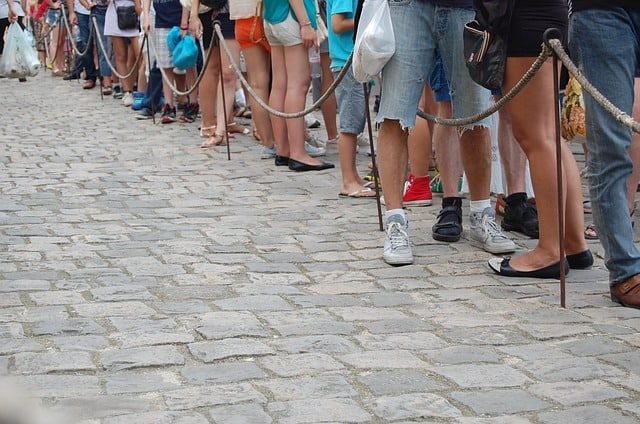 What I want most – and I suspect I am not alone – is the Roman experience without all the other tourists, who inadvertently diminish the city for each other. In eight months of living here, I have heard many foreigners complain that the problem with Rome is too many foreigners. Hearing English spoken instead of Italian, they tell me in English. My highest aim is to pass into a more familiar state – someone who gets called “ragazza” in gratuitous flattery.

Romans can be friendly, welcoming, helpful, but just as often, quick to express their annoyance at outsiders. They give us blank stares, like we’re invisible, allow locals to cut ahead in line, say “no” before we can finish the question. Our very presence can rub baristas, waiters, shop owners, etc. the wrong way. (The idea that the customer is always right is not a widely held belief in this city.) Killing them with kindness does not necessarily improve the situation; shouting is much more effective.

Here are some other ways to stack the odds in your favor: 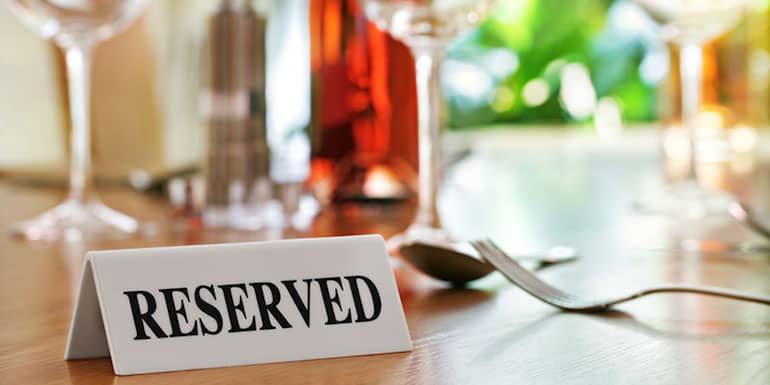 Plan for where to eat in line with your sight-seeing schedule. Do you like spaghetti in ketchup? Me neither. Do some research about restaurants in the neighborhood you’re heading to before you set off. For the special ones, you’ll need a reservation, even for lunch. 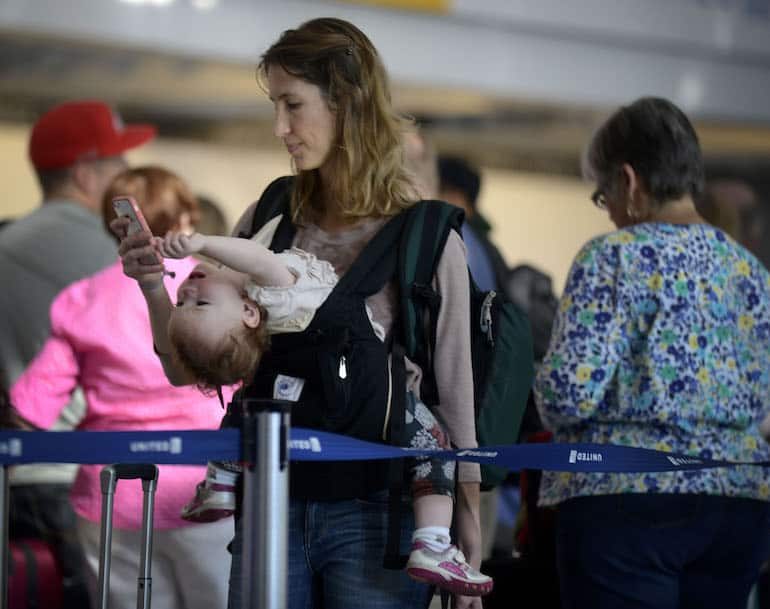 Bring something to do while you’re waiting in line. If you’re planning to hit any of the major sites, and you are not an early riser, throw some entertainment in your backpack, especially if you’re traveling with children. A book, something to color, or a device with back-up battery power will distract from the mind-bending slowness of the line. 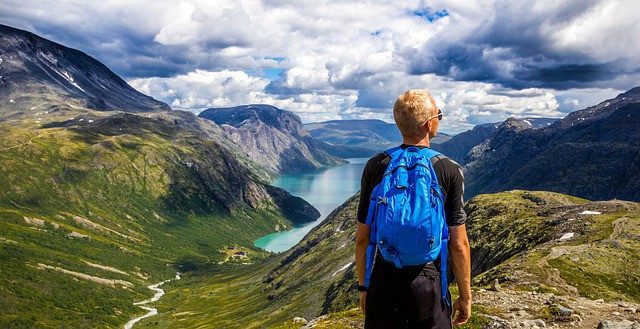 Enjoy the journey, and expect to get lost. Part of Rome’s mystery is solving its maze of streets, or finding a place that has no sign. Even with a paper map, Google Maps, and a back up battery, I don’t always arrive at my destination, but I usually find something else intriguing along the way. 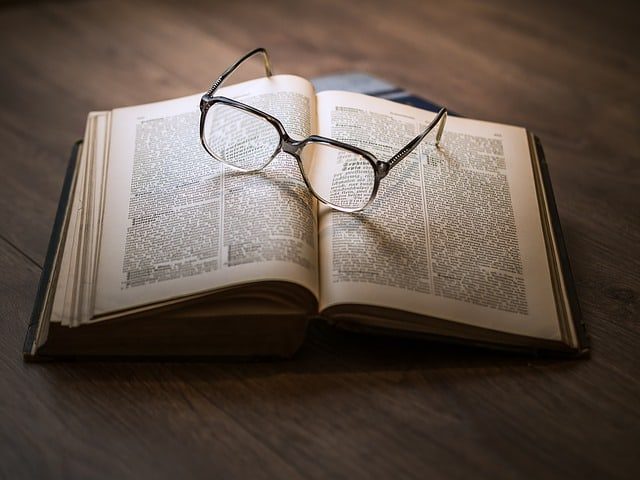 Front-load historical research. Don’t assume the ruin, museum, or crypt will explain itself. If you’re lucky, there will be an audio tour or an English translation, but not always, and often the information focuses on arcane minutia that doesn’t explain what you’re looking at. 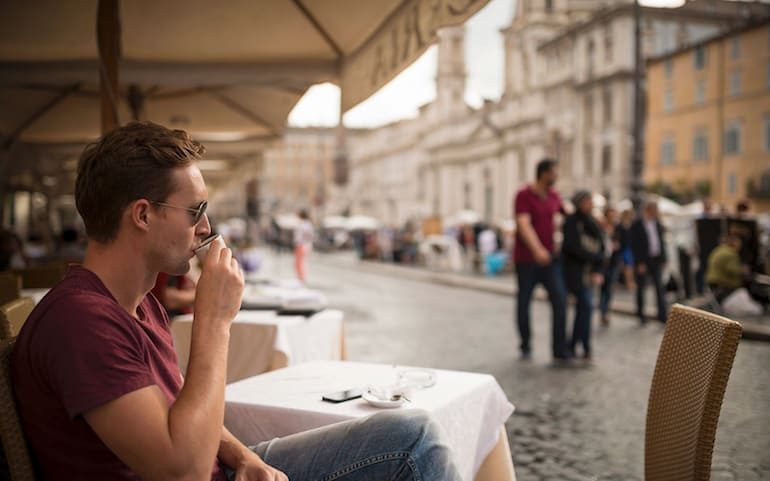 Slow down. The visitor to Rome is overwhelmed because there’s so much to see, and wants to pack it in, but Rome is really about patience, and immediate pleasures like sitting in piazzas and drinking coffee or prosecco.

Another way to enjoy the state of being a tourist is to find a way to interact with what you’re seeing. Some use photography to focus on smaller details, angles, and light. Others sketch what they’re looking at, or write in a travel journal. Another friend of mine likes to sit in a busy place like the Spanish Steps and see how long he can keep his eyes closed, listening to the sounds around him. 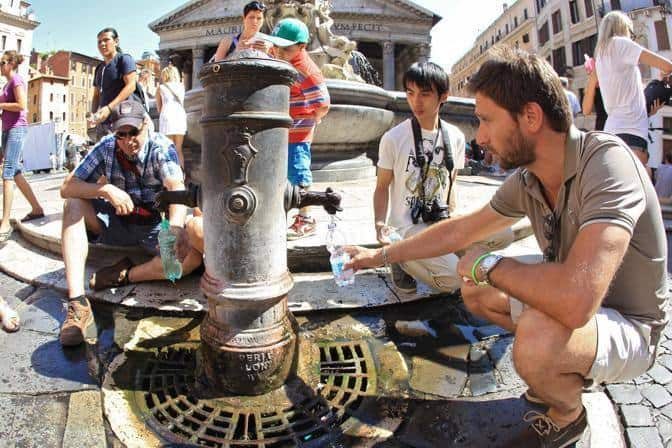 Bring a water bottle. You might have accidentally paid double for your coffee by daring to sit instead of stand, but you can make up for it with free water. Rome is one of the few international cities where cold, delicious water pours out of taps, called nasoni, across the city. 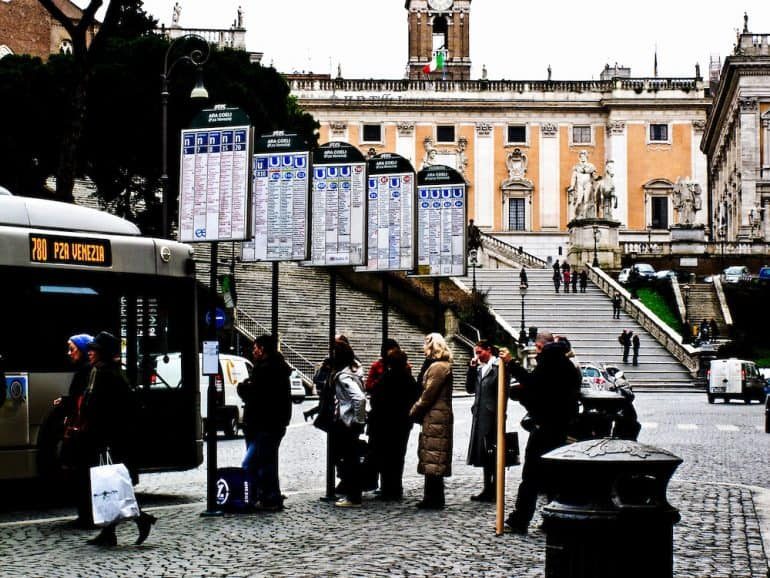 Walking is usually faster than taking the bus. Your phone might tell you that a bus runs every 15 minutes, but that doesn’t mean you won’t wait 45 minutes for it. Get out your map and hoof it. 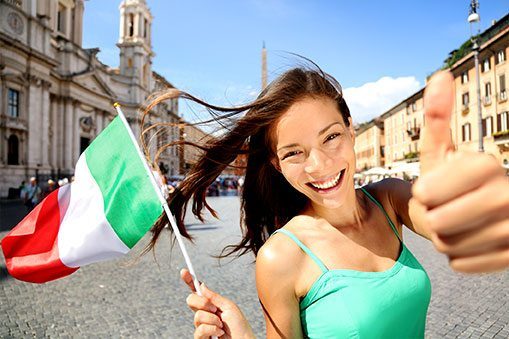 When all else fails, slip into the local culture and assert your rights to the person who is sawing away at your dignity, reading straight from Google translate on your screen.