One of the amazing things of living in Rome is that, just when you think you have seen the whole city, there is yet another great bar, a surprising museum or a lively neighbourhood that unfolds itself. For all antiquity lovers I would like to point out three minor ancient sites in the Italian capital, that you might have missed but would have loved to visit. 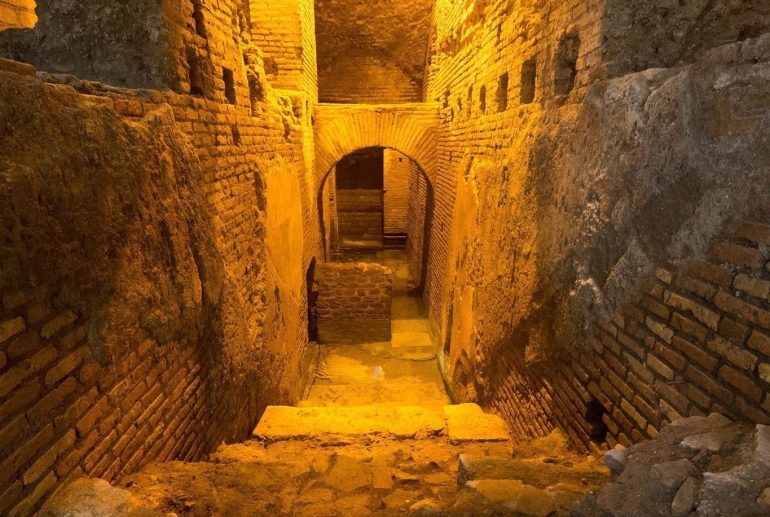 If you leave the Trevi Fountain to go for a stroll in the anonymous alleys surrounding it, you will find a surprise in Vicolo del Puttarello. For there hides the “City of Water”, also known as ‘The Archaeological Area of Vicus Caprarius’. It is a relatively small site in the former seventh district of the Via Lata, nowadays known as Via del Corso.

In 1999, while building the experimental movie theater Cinema Trevi, workers stumbled upon a subterranean labyrinth dating back to the Augustan Age. The modern name of the Vicus Caprarius is Via di San Vincenzo. Here, in the first century AD, stood an apartment complex (insula) with a height of eight meters. Later, this residence for the poorer was turned into a luxurious dwelling (domus) for rich citizens. And in yet another era, it was connected to an adjacent building and turned into a water tank. It contained 150,000 liters of water and was supplied by the aqueduct Aqua Virgo, of which the Trevi Fountain is the final destination.

Tip: Take a look at the many findings exposed and catch a glimpse of the movie screened through the window.

The insula of the Ara Coeli 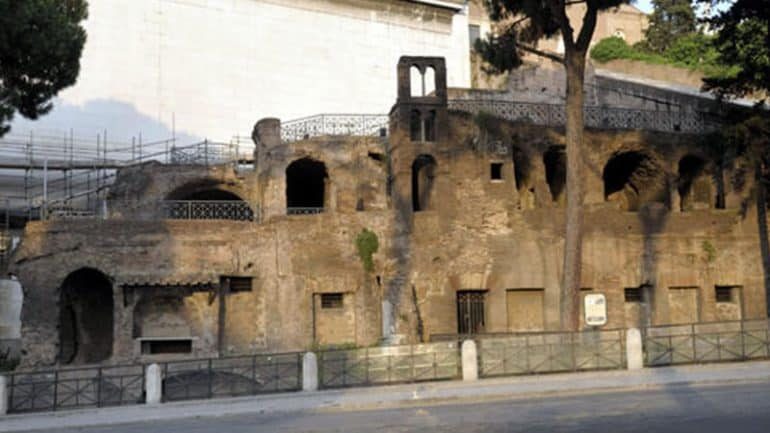 The Altare della Patria is definitely the eye-catcher of Piazza Venezia. But it is also the location of what was once the most important place in town, the Capitoline Hill. At the foot of the hill, known in Italy as the Campidoglio, there is a modest but significant piece of history to be found.

I am talking about the remains of the insula of the Ara Coeli, an ancient Roman apartment building from the Imperial Era. It was built out of bricks in the second century AD and consisted of five floors, all of which are still standing. You can still see the ground floor shops and, on the level above, the house of its owners. The pavement is also still visible here and there, as are the window holes. The higher up you go, the less valuable the dwellings probably were. This particular insula provided a home to 380 citizens and is an excellent proof of how the common people in ancient Rome lived.

Tip: you can partially see the insula of the Ara Coeli from the outside. Only groups can enter. You should make a reservation. 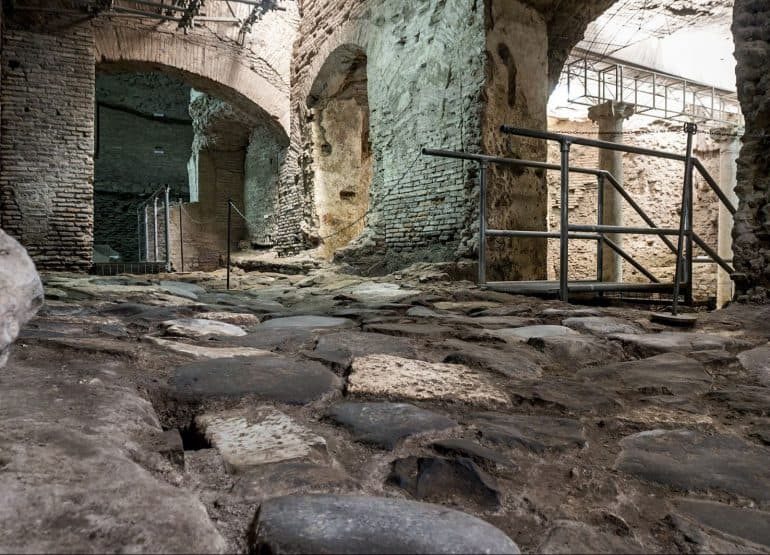 The complex of the Crypta Balbi is situated next to the archaeological site of Largo Argentina in the center of Rome. It is part of the Roman state museums and has its origins in the theater of a certain Lucius Cornelius Balbus, dating back to the year 13 b.C.

In the 1980s the portico of this theater was discovered, as well as a grain supply station. In the Roman age, houses were built at the back of the theater, whereas in the Middle Ages a church, Santa Maria Domine Rose, was incorporated into the complex and more people inhabited the area. During the Renaissance the convent of Santa Caterina (with orphanage) was built on the site and even later, in the 18th century, another church was erected.

On the ground floor the findings of the excavations are on display in the historical context of the area, thus providing the visitor with an idea of how it has evolved throughout the centuries.

Tip: follow a guided tour in the basement to learn about the botteghe oscure, the dark shops without windows, after which the modern street is named.