“I’ve been to Rome.” How I’ve come to fear this response when I tell people where I live. I shouldn’t be so concerned. And yet on hearing those words I feel a throbbing urgency, an imperative to ensure they have fallen deeply in love, have spoken not of traffic or pickpockets or the heat or the crowds… but of my version of Roma. Why do I feel so compelled to defend this city? It’s done fine without me for thousands of years. It’s not as though it’s a compliment-deficient destination. This instinctive sensitivity can’t even be justified by some family ancestry or the nostalgia of whimsical childhood summers spent holidaying here. I’m like the girl who introduces a new love to family and friends, earnestly whispering, “Well? What do you think? Isn’t he amazing? I want to know what you think of him! Tell me the truth!” But actually, no one in love ever wants to hear the truth. They’re simply aching for the affirmation that you see their partner in the same resplendent vivid colours they see before them. This is how I am with Rome.

Try as I might to be phlegmatic or just smile sweetly, I can’t handle it when they remark, “Yeah, we enjoyed Rome… I mean, it’s not New York or Paris but we saw the Colosseum and we had some great gelato and those Italians are a little frisky but on the whole it was a great three days.” That type of response makes me want to stage a kidnapping and show them 24 magical hours of a city that has been completely misunderstood. Because anything less than “I love Rome in a way that is dangerous to my marriage, my work, my bank account and my complacency as a human being” is not enough to convince me they have thoroughly enjoyed the Eternal City.

You think I’m just talking about conversations with friends; I wish I were. I was at London airport recently and the man who stamped my passport gave me a “Ah, you live in Rome? Me and the missus have been there. Nice place.” It took all my discipline to resist grabbing him by the shoulders and crying, “Noooooo! Don’t live another day with Rome inducing anything less than superlatives in your subconscious! Please come back! I’ll show you so much more. Rome is SO MUCH MORE THAN NICE!” 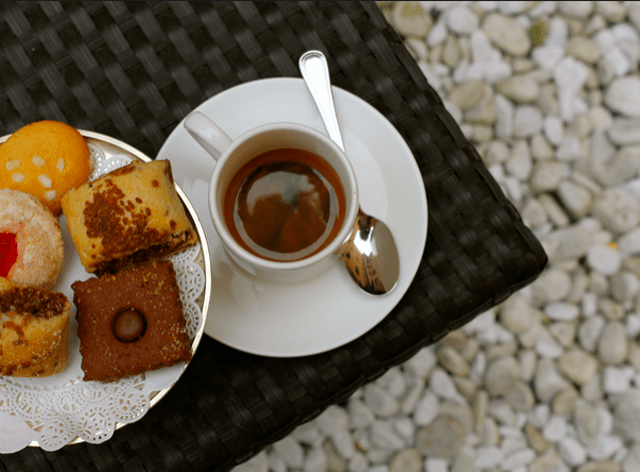 Perhaps, for all Rome’s accessible beauty, it is fundamentally a city that fools visitors with a false sense of transparency. My lifestyle here allows me to live as a flaneur and I’m reasonably fluent in Italian, yet after all this time I still feel as though I have so much to learn about this city. This is why I become so passionate when visitors claim to have ‘done’ Rome. In this city it appears to be all out on display, ripe for the taking (or the judging), ready to be wedged in between Bangkok and Barcelona in the traveller’s holiday heirarchy. According to them, it’s monuments, it’s cobblestone, it’s fountains, it’s pizza, it’s Vespas, it’s crowds, it’s gelato – they see it, they Instagram it and they check out at Fiumicino. But, at least for me, the reasons to love Rome, are so much smaller than the Colosseum or the Trevi Fountain. I was in London briefly this month and returning home to my apartment I was hit by a million little details that made my heart swell…

I love gliding at full speed on my bicicletta across a piazza with my basket full of fresh vegetables, flowers and bread from the market, skidding to a stop beside a free-flowing fountain to fill a bottle to take home. I love turning the corner of my street and spying the curious man who greets me vaguely with his eyes but never says hello as he sits in his little workshop crafting violins by hand. I lock up my bike and two gentlemen in tailored linen suits passing by pay me a compliment that is poetic and reverent, in marked contrast with what I’ve found to be a myth of overly lascivious Italian males hassling females on the street. I love fumbling for my giant fairytale key that opens the two-storey-high front door of my Renaissance palazzo. As the heavy timber heaves shut behind me, I then unlock the wrought iron gate and am always intoxicated by the heady scent of marble when I climb the ancient staircase. I think I’ve mentioned this smell before; for me it’s so potent and so entwined with my fantasies of who may have come through these doors since the palazzo was built 500 years ago.

I love writing late at night with my shutters open and hearing couples fight passionately in the street or my neighbour calling down to her son who’s parking his Vespa. The acoustics are brilliant in the centro storico; everyone is a part of each other’s business. I love the lack of privacy; I’ve heard Italian friends complain but it dispels the alienation one can suffer in most cities. I love that people will be watching and talking over their cornetti domani if a male friend walks me to my door. I love that in the mornings the signore above me plays classical music on his piano, while in the afternoon the men repairing antique furniture in the street below sing and whistle vintage Italian love ballads. I even love that most foreign females have to dress more conservatively and show less flesh or be frowned upon. I come from a beach town and this took some getting used to in the heat of summer but I truly advocate ‘when in Rome, dress as the Romans do’. I’ve heard some argue that they should be free to wear what they please… and they are. However, I’ve found you’re more likely to be invited into the lives of locals, strike up a conversation to practise your Italian or even avoid being crudely propositioned or pick pocketed if you show cultural respect and don’t stick out like the consummate tourist.

I love that I can arrive two hours late and all my friends are tranquilli. I love that you can’t pass through Piazza del Fico on a Friday evening without being stopped 20 times by friends you haven’t seen since Ponza/Tuscany/Amalfi/Cortina/Milan… I love that every conversation or phone call or email or text message is finished with kissing and hugging, irrespective of your age or gender. I love that the youth of Rome laments the lack of opportunity, the nepotism, the barren start-up culture but then over cacio e pepe in a trattoria my friends will violently turn on anyone who suggests spending Ferragosto on a beach that is not Italian; anyone who intimates that one eats well in London. I love that they then spend the evening affectionately embracing each other and singing their lungs out to quaint 50s songs in dialect in a piano bar. In fact, it is when Italians sing together, not songs from MTV or iTunes, but classics they have heard their parents and grandparents sing to celebrate Italia, that I cannot help but absorb that infectious pride gushing from them. And it’s moments like these when I feel so consumed by the warmth and romance of it all, that I want desperately for every visitor to Rome to know there is more to this city than pizza and gelato.