I’m all for getting lost in a city. I know what it means to flaneur. I’ll even admit to having a wretched regard for others’ time, in the sense that if I’m running late to your dinner party and an as yet un-ventured alleyway materialises in my path (and in Rome this is a delightfully frequent occurrence) I find it emotionally difficult to refuse. But before I go depicting myself as some wonderfully capricious traveller, let me swiftly disillusion you with my inner geek: when it comes to experiencing a city, I’m not opposed to background knowledge. I know, it’s far more chic to be whimsical and not do any research on a foreign city. I used to be the type who would mock guidebook-clutchers and with an ill-disguised condescension tell them how I prefer to “experience a city” rather than be so dependent on studying its historical facts. Frankly, this was just me being lazy. And while I’m still fairly opposed to the generic guidebook, literature written by those seduced by Rome is right up my proverbial cobblestone alley. It hardly matters whether you’re familiar with the poet or author, if the language is from another era or if you read only a single line – the way these words of Rome’s past lovers can layer your time here with context is tremendous. Perhaps it’s because so much has been preserved over the centuries that invariably you can find yourself in the very vignette the author describes.
Living here and being a journalist who ‘works from home’ I have plenty of time to amble. You, however, may be unfortunate enough to have a high-paying full-time job, which means you’re going to need help in discovering the real Rome in a short time. And yes, I say ‘real’ because many assume Rome has revealed herself, when in truth, you’ve seen precisely what Rome is not. Connoisseur of the eternal city Susan Cahill writes of this error in perception in The Smiles of Rome (2005, Ballytine Books), “Hurrying through Rome is travel from hell. Lost in a fog of general impressions, you have a hard time believing there’s more to this city than exhaustion… Every summer visitors on a tight schedule go through such motions, ignoring the sour aftertaste that Rome-on-the-run can leave. Rome is crowded, Rome is dirty, it’s all churches and pickpockets.” Conversely, the authentic Rome “has the power to blow your mind and heart.” 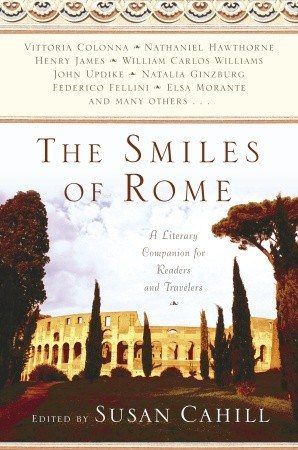 In this book Cahill has deftly collated excerpts from some of the greatest writers to have spent time here. Including Federico Fellini: “Rome became my home as soon as I saw it. I was born that moment. That was my real birthday.” Then there is Mary Shelley: “But my letter would never end if I were to try to tell a millionth part of the delights of Rome – it has such an effect on me that my past life before I saw it appears a blank and now I begin to live.” You may be short on time, you may consider books too scholastic for a holiday but I urge you to consider a literary companion while you’re in Rome. It can change everything.
Don’t bother with the chain bookstores like Feltrinelli (with the exception of the International one). Their English section carries little more than Dan Brown and Harry Potter and there is no atmosphere whatsoever. Seek out my latest infatuation – The Lion Bookshop, Via dei Greci, 36. It’s hidden between the elegant via del Babuino and the buzzing via del Corso, just a short stroll from Metro Spagna or Flaminio. I think I may have actually gasped when I first walked through the door. Their selection of English books is heaven for an ex pat, while the choice for tourists craving books thematically linked to Rome or Italy – fiction or non-fiction – is excellent. The reason I adore this bookshop (aside from their charmingly attentive service and knowledge of the city) is the location. You’re so well positioned for any post-book-buying-Chapter-One-I’m-so-excited-to-be-in-Rome-reading-a-narrative-SET-in-Rome perusal. Here are my suggestions according to genre:
a) Romantic travel memoir by lyrical and/or irreverent female foreigner who abandons her life to live in this city: turn left on via del Babuino and head to the Hotel de Russie where a cup of coffee is expensive but you’re in a fabulous courtyard with terraced garden and dashing celebrity hotel guests who could turn into lovers.
b) English poet in eloquent raptures over this sun-drenched, sensual antithesis to London: head to Babinton’s in Piazza di Spagna where you can have tea and scones as elegant ex pat writers have done since 1893.
c) Anything mafia-themed or political: two minutes away, looking out over Piazza del Popolo, is Canova, a cafe/bar institution where the seats all face the heavy foot traffic so you can sip your drink, smoke cigars and spy out at the world through dark glasses.

And finally, d) if it’s a book by my beloved Italo Calvino: from Canova walk up to the Villa Borghese gardens and lie down on soft grass amongst flowers, fountains and vistas over the rooftops of Rome – after all, Calvino insists on his reader being comfortable (see: If on a Winter’s Night a Traveller). 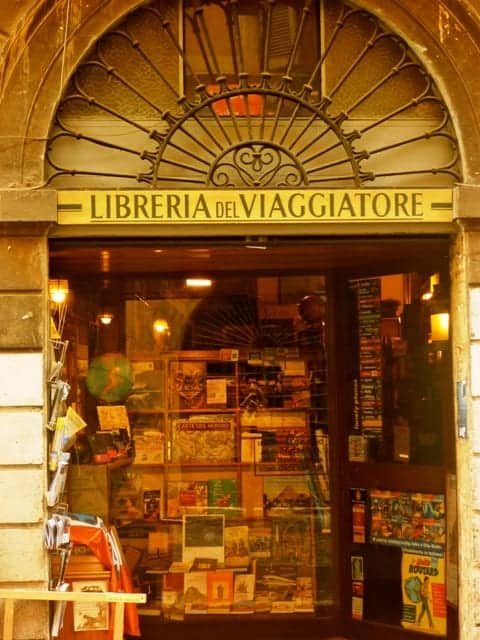