The women buried in Saint Peter’s

Saint Peter’s Basilica is one of the most famous churches worldwide. The basilica was built in the 16th century on top a former church in honor of Jesus’ right-hand. Peter is visible in many places, for example on the square next to Saint Paul as one of the twin statues depicting the protectors of Rome. But did you know that there are also some women buried in the Vatican church? In this article we will talk about three of them, namely Matilda of Canossa, Christina of Sweden and Maria Clementina Sobieska. 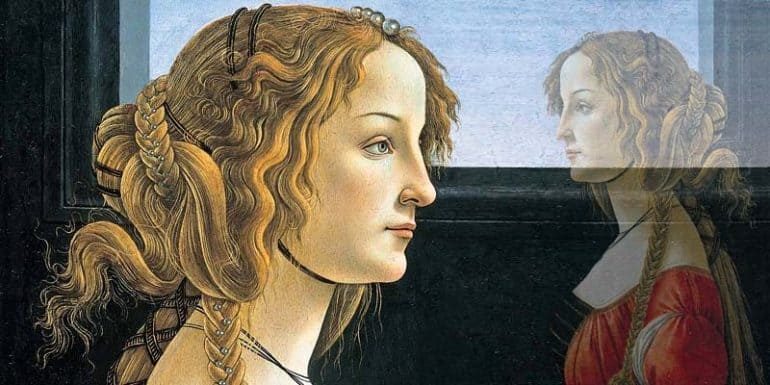 Matilda of Canossa might not be a name that rings a bell and yet she was the first woman to be buried in Saint Peter’s Basilica. The countess lived from 1046 to 1115, but it was only centuries later that a monument was built in homage to and in recognition of the services that she rendered to the church. It was Pope Urban VIII who commissioned Gian Lorenzo Bernini with the design of the monument in 1633, which shows one of the key moments taken from the life of Matilda.

The scene depicted in the monument is that of the great pardon given by Pope Gregory VII to Emperor Henry IV on January 28th, 1077. The scene takes place at Canossa Castle in the presence of its owner, countess Matilda. What had happened before this particular moment? Henry IV had previously claimed a power that only belonged to the Pope: the power to elect bishops. Of course, the Pope didn’t like this and had the emperor excommunicated. The result? Henry’s subjects were no longer obliged to obey him.

In the monument, Bernini has Henry beg for forgiveness at the knees of Gregory VII on the bas relief in the middle, above which two cupids stand above. Matilda, as she hosted, supported and defended the Pope, is portrayed holding the papal symbols and is forever remembered as Protector of the Church.

Christina of Sweden, Queen of Sweden 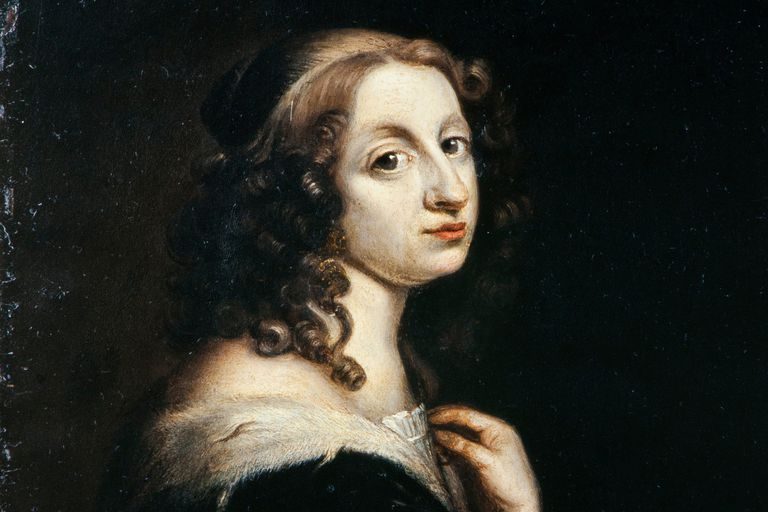 Another important woman buried in Saint Peter’s Basilica was none other than a queen. Christina of Sweden was the daughter of the Protestant King Gustav II Adolph and an educated woman. Around 1651 she decided to become Catholic, a decision which she knew would bring serious consequences, being a Protestant princess. Nothing could stop her though and she made her act known to the public by abdicating the throne. Thus, on September 3, 1655, she publicly manifested her Catholic faith. Afterwards, she came to Rome, where she was welcomed by Pope Alexander VII. Upon her death in 1689, her private book collection was donated to the Vatican and is nowadays part of the Apostolic Library.

On the bas relief of her monument, a work by Carlo Fontana, we see her kneeling at the renunciation of her throne. The queen is represented on the bronze medallion above the crowned skull, which according to some symbolized the end of Christina’s Protestant faith. History has it that Christina was a peculiar woman who loved books and art. She had a certain influence on the social and cultural life of seventeenth century Rome, but the reason she got a monument in Saint Peter’s Basilica is probably her abdication. If you want to see her actual tomb, you should visit the grottoes underneath the church, where the remains of the queen are kept.

The last woman to be entombed in the basilica was Maria Clementina Sobieska, granddaughter of King John III Sobieski of Poland. John III was a fervent Catholic remembered mostly for defeating the Turkish army during the Battle of Vienna in 1683.

The Polish princess was born in 1702 and at the age of 17 married Prince James Stuart, pretender to the throne of England. But she never became queen, nor did he become king. How come? Because in the parliament’s Bill of Rights of 1689 it was established that neither Catholic nor those married to a Catholic could reign over England. James and Maria Clementina had two children, Charles Edward, later Count of Albany, and Henry Benedict, Duke of York and Cardinal Bishop of Frascati. The male Stuarts have their own memorial in the church, right in front of their mother’s.

Maria Clementina died when she was only 32 years, and she was offered a state burial upon request by Pope Clement XII. His successor, Benedict XIV, commissioned Pietro Bracci with the design of a monument in her honor, which was later realized thanks to Filippo Barigioni. If you look at it, you will see that it mainly consists of a marble statue. The statue represents Charity, who holds a mosaic portrait of Maria Clementina. A cupid supports it and underneath two more angels, in front of the monument’s dedication, carry Maria Clementina’s crown and scepter.

Note: The remains of three more women are kept in Saint Peter’s Basilica, those of Saint Petronilla, Queen Charlotte of Cyprus and noblewoman Agnesina Colonna Caetani.