America is the nation of “bigger is better” and “the customer is always right”. That is why moving to Rome as a young, American student proved to be an adjustment. There are many differences, besides the seemingly obvious, between the United States and Italy; the one I didn’t expect, however, was between Italian supermarkets and American supermarkets. At face value, this difference doesn’t seem to have much of an effect on living la vita bella. But, I can assure the reader that his or her first time in an Italian supermarket will be a cultural experience. A shocking one: one that you may want to prepare for.

Get ready to have things thrown at you 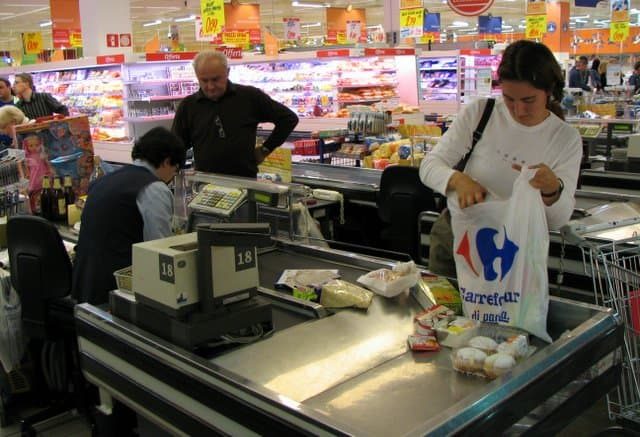 I used to work as a cashier in a grocery store, so I always felt confident in my skills at bagging groceries. That is, until, I moved to Rome and realized how fast the cashiers are at scanning your items. You are expected to bag your own groceries, and once they ask you whether you need a “busta”, be prepared to pack your food as fast as possible. The cashiers in Rome move at lightening-speed; there is no time to get anything wrong. While trying to manage your food be tossed at you as you scramble to fill two plastic bags, ignore the glaring eyes of those waiting in line behind you. Try to simultaneously take out your wallet and put your eggs on the top of the bag and have cans roll toward you — all at the same time. The first time you go grocery shopping, this will be overwhelming, and it is likely that you will break a sweat. Have hope, however: I have figured out how to have my wallet open, my bags organized, and food put away just in time to pay. It will take practice, the first few times will be awkward, but you will get there. 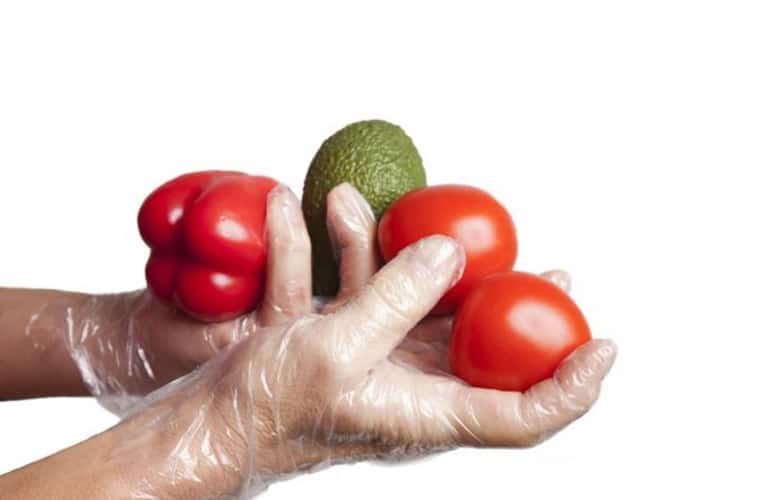 As you wander into the produce section, you will see a role of plastic bags for you to place your fruits and vegetables into. Do not, however, forget to look below the plastics bags, and retrieve your free, plastic glove to touch the produce with. Italians have strict sanitary customs (wrapping a napkin around their cornetto so it doesn’t touch their fingers, washing their hands after eating, the infamous bidet) and are in no rush to change these practices of cleanliness. So, if you happen to be pressing the side of a peach to check for ripeness and you aren’t wearing your plastic glove, you will get looked at. It is possible that you will even get asked by your nearest Nonna to please take a glove before touching the fruit. Of course in your head you will question whether the truck they were brought in by was as clean as your hands, and of course you will grumble “what a waste of plastic”, but you will grab a glove and put it on.

Mastering the “Scusi Signora” in the tiny aisles 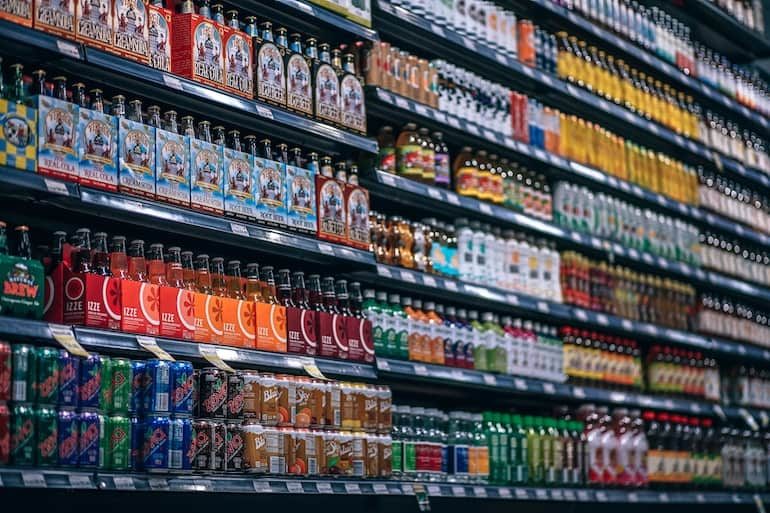 In the United States, grocery stores look like shopping malls. They are huge, precisely divided by section, and colorfully arranged to ensure that their customers will buy. However, many Italian grocery stores (the ones in the centro storico usually) are not very big and are made up of narrow aisles, crowded corners, and packed with people. To be fair though, these smaller grocery stores are called alimentari, and are different from supermarkets as they are way smaller and don’t sell a wide variety of products. If you’re doing grocery shopping in the centro storico, alimentari are probably the ones you’ll stumble upon the most. And that’s when it gets a little too crowded. For example, perhaps you are standing in the dairy aisle, comparing the price between two brands of mozzarella. It is likely that you will have to lean against the cold cheese racks a few times to let people pass. If you walk into the pasta aisle, and someone else is already there, you cannot just walk around the person and find your package of fettucine. You will have to engage in a dance of moving carts, saying scusi, and apologizing for hitting your bag against their shoulder. There have been many a time where I have unapologetically reached over someone’s head to get a can of tomatoes, while they were crouched at my feet deciding whether to buy chick peas or cannellini.

It will feel like buying real food for the first time 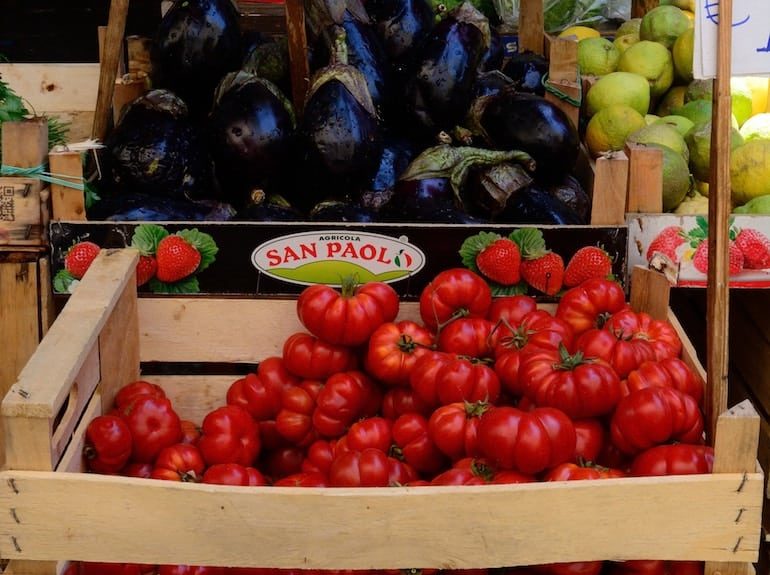 I remember the first time I bought a carton of eggs in Rome. Upon returning home I opened the carton of eggs to check if any of them were cracked. Fortunately, they were all whole, but I couldn’t help but notice that clumps of dirt were still stuck to the outside of the shell (Also! The shells were brown instead of bleached-white). I cracked one open and the yolk was orange, and not the fluorescent, factory-farmed yellow I was accustomed to. Many shopping trips since, I’ve found a flower in my bag of fruit, I’ve had to wash dirt off of my vegetables, and I’ve checked the labels of milk to find it was from a farm in the Lazio region. Being American, I grew up with plastic-looking, genetically modified food, flown in from different parts of the world. It wasn’t until I moved to Rome that I found out what real, home-grown food looked like. Food must look and taste as fresh as possible — Italians won’t accept any less.

Forget about your breakfast avocado toast 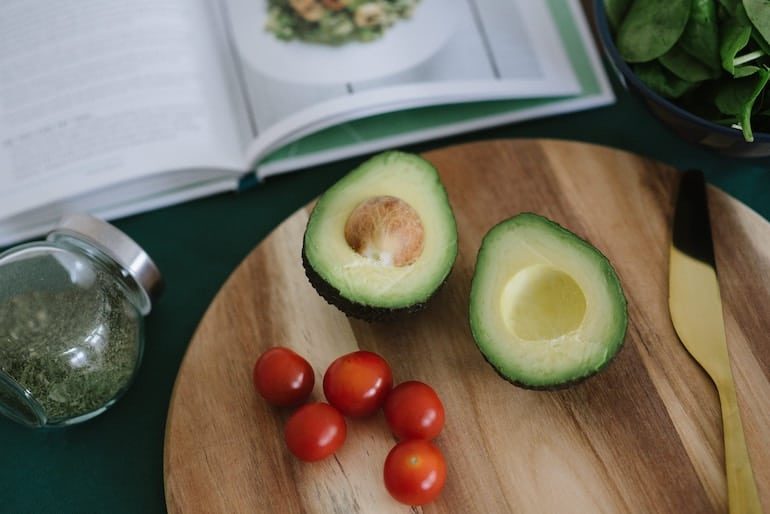 I’m not being judgmental – I love avocados as much as any other millennial. Italy, however, hasn’t jumped onto the avocado-band-wagon, not because it isn’t as trendy as the U.S., but simply because of geography. Any avocado you find in Rome has been transported thousands of miles, which is the reason as to why they are so expensive. One avocado is easily four euro, and no matter how ripe it gets, it will still be a stringy mess. I make the same joke often (which says something about my sense of humor) where I say I would have to take out another student loan to eat avocado in Italy. It’s not very funny, I’ll admit, but it isn’t all that wrong either. I advise you to conform: forget your avocado toast and keep breakfast sweet, just like the Romans like it. Buy a package of cornetti, cookies, and espresso. It’ll save you a lot of money. Leave your breakfast avocado toast for your visits back home. In Rome, do as the Romans do. 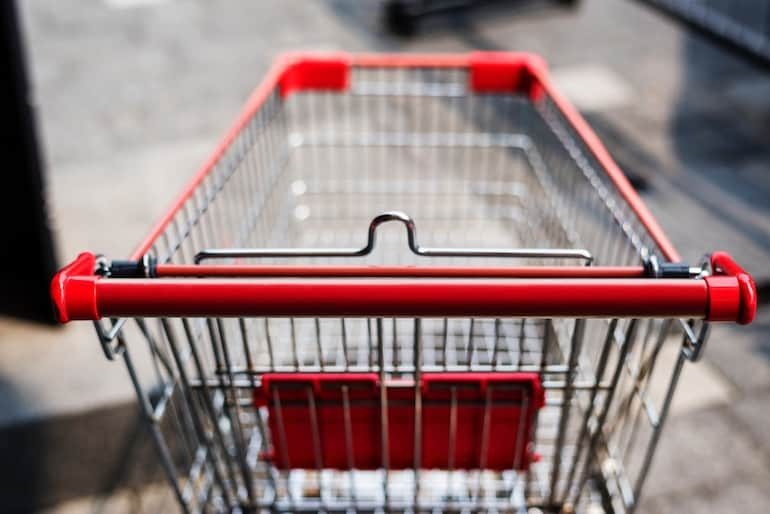 Grocery stores in Rome close at (the latest) 8.30pm. Some may even be closed mid-day for lunch. Many supermarkets are closed on Sundays, and some only open a few times a week. Therefore, you must plan your grocery trips accordingly. In the U.S., I was used to walking into a supermarket, around 10pm in sweatpants and flip flops, shopping for last-minute necessities ten minutes before closing. This is not the case in Rome. Stroll into a grocery store at 8.20pm and the first sentence said to you will be: we’re closing. This is said to make you feel guilty, and to make sure you hurry so the employees can leave. This is perfectly reasonable, as the employees have a life outside of your local grocery store, and they will remind you of this. One time in particular, I walked into a grocery store the day before Easter. Being used to working on holidays, I asked the butcher if they would be open for a few hours Easter day. The butcher replied with a simple, “eh. Domani è Pasqua. Ho una famiglia, pure.” That being said, you can also find a few big supermarket chains that are open 24/7 and on holidays too! If instead you like to shop at niche places, offering quality gourmet products that range from balsamic vinegar and olive oil to homemade pastas and cured meats, instead of going to a supermarket or alimentari, head to one of these best food and wine stores in Rome.

One could say that cultural differences could be found in local supermarkets. I’m sure no one has said that before, but I hold this statement to be true.