With a perfect blend of food and culture, the Cerealia festival returns once again to Rome for its fifth annual run, the main topic of this year festival is “the woman and grains: the seeds of life”.

Cerealia originally has its roots in Ancient Rome, celebrating the grain goddess Ceres. Today, the festival has expanded to become an international event that focuses on bringing all parts of the Mediterranean to one place. The celebration seeks to promote knowledge and understanding of the Mediterranean’s regional diversity by showcasing how the cultivation of grain played an integral part in connecting the East and the West, socially, economically, and culturally.

Cerealia is a festival throughout the territory and the 2015 edition is articulated with initiatives in anticipation of the program starting from May 30; activities are presented in several museums and archaeological sites in Rome, including Capo di Bove, the Ara Pacis Augustae (June 9, for the official opening ceremony), the Museum of Porta S. Paolo and the archeological site of the Pyramid Caius Cestius, the ruins of Ostia Antica. Restaurants also host activities such as Chinappi, Pasta Asciutta, Bibliothè and OneDayChef; training institutions such as the Gustolab International Institute for Food Studies and the CTS Study Center. Other events will take place at the Farmer’s Market of Campagna Amica at Circus Maximus, at the Farmer’s Market Capannelle, Domus Romana and Theatre SalaUno.

Rich is the program dedicated to Croatia with two important exhibitions, seminars, concerts, book presentations and video, workshops and tastings of traditional cuisine. The long list of events is also enrich by activities devoted to the main course of Italian cuisine: pasta; but attention is also given to rice, corn and minor cereals. In the lineup for the first time, workshops for agronomists, journalists and communicators. 2015 sees the renewed partnership with the Gustolab International Institute for Food Studies and a new partnership with two other masters: in Cultural and Gastronomy Tourism held by the CTS Study Center and in Culture of Gastronomy and Food Traditions by BAICR Cultura delle Relazioni, in agreement with the University of Rome Tor Vergata.

Cerealia 2015 also features two special dedications: to the International Year of Soils FAO (the day of September 26, at the Pyramid of Caius Cestius) and – together with the Farmer’s Market Castelli Romani and Capannelle – to the miller Silvio Paoselli, who sacrificed his lives to defend his mill and dignity. 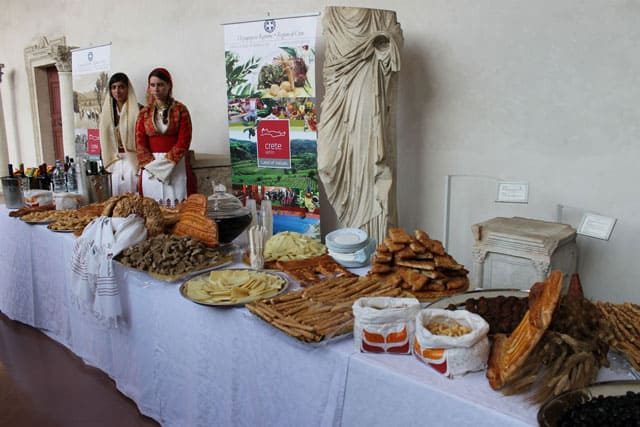