The best way to make sure 2017’s resolutions don’t get swept away along with that New Year’s party confetti? Equal parts inspiration and preparation. Whether it’s finally mastering Italian or being kinder to your wallet, we’ve helped you with the planning – the rest is up to you. 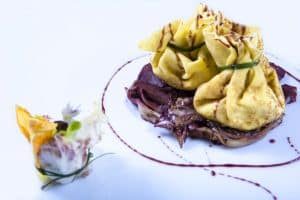 In a city that happily serves pasta, cheese, egg, and bacon all on the same plate (here’s to you, carbonara) eating healthy may appear futile. But despite its passion for all things porchetta and pecorino, Rome is home to plenty of health-conscious restaurants. Ginger (Via Borgognona, 43) serves up a nutritious breakfast, lunch, and dinner that will leave you neither hungry nor pledging to hit the gym the next day. Swap fritti with a fresh-pressed juice from Ecosazio (Via dei Banchi Vecchi, 135) and Zoe’ at the Testaccio Market (Via B. Franklin, 12), or get lunch to-go at Ops! (Via Bergamo, 56) which boasts a buffet of veggies, legumes, and other good-for-you dishes. Want to cut down on meat? The vegetarian and vegan-friendly Margutta RistorArte (Via Margutta, 118) proves that veggies can be more than just a side-dish: savory recipes like broccoletti millefoglie with tomato confit and stir-fried vegetables with tamarind and ginger are so good they’ll tempt you back to healthy-eating in no time. 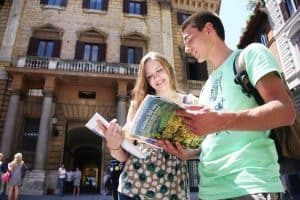 If your Italian stretches to only ciao, come stai, and restaurant vocabulary, it may be time to hit the books. Learning a second language, after all, has proven cognitive benefits, will boost your CV, and help you feel less like a tourist and more like the local you are. While there are plenty of handy apps that are great for practice and review, like Duolingo, it’s best to start with a trained instructor if you’re a newbie. Top Italian-language schools in the city include Torre di Babele, Scuola Leonardo da Vinci Roma, Italia Idea, Koiné – Italian Language Centre, and Kappa Language School. Feel like your Italian’s getting arrugginito, or rusty? Testaccio bar Rec23 (Piazza dell’Emporio, 2) hosts a weekly language exchange on Monday evenings. Visit their Facebook page for more details. 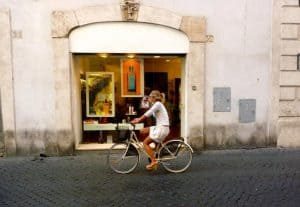 Getting in shape is the New Year’s most perennially popular ambition, yet has a paltry success rate. Instead of splurging on a gym membership you may use only twice, seek out an activity that feels more fun than fitness. Ryoga (Via dei Fienaroli, 27/28) specializes in beginner yoga and Pilates classes, while Moves (Via dei Coronari, 46) offers karate, tai chi, aerobics, and ballet and jazz courses. Or, consider biking around the city instead of taking public transport. Roma Rent Bike and Bici & Baci both rent out wheels. The easiest solution to getting your heart rate up and the number on the scale down? Walking. Rome is a city that begs to be explored by foot – cut calories and discover new corners of the city about while you’re at it. 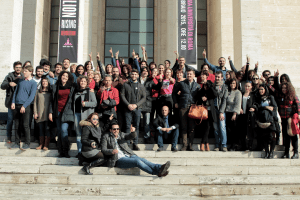 GO BACK TO SCHOOL

Make 2017 the year you finally get started on that masters you’ve been procrastinating, without leaving Rome. The American University of Rome has expanded into offering graduate degrees in Arts Management, Food Studies, and Sustainable Cultural Heritage, and all courses are taught in English. Classes run during the Spring, Fall, and Summer sessions, and tuition cost is nearly half of most U.S. master’s programs. Beginning in the fall, John Cabot University in Trastevere will have a U.S. accredited Master’s degree in Art History, led by an international faculty of archaeologists, curators, and researchers. The Rome Business School, meanwhile, provides a 1-year MBA program that can be started either on campus or online (even a combination of the two is allowed), which means you can still work while you study. Although based in Queens, St. John’s University also happens to have a Rome campus, which has been granting master’s in Government and Politics as well as Business Administration for over a decade. Both degrees can be completely fully in Rome or split between the Big Apple and Eternal City. 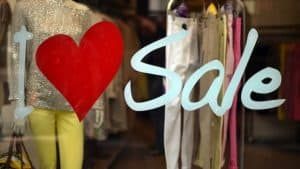 Kick off January as a savvier spender. Whether they’re luxury boutiques, artisan-run shops, or brand-name chains, saldi, or sales, begin on Jan 5, when prices are slashed delightfully low to make room for spring inventory. Forgo dining out every other night in favor of cooking at home: browse local food markets like Mercato San Cosimato in Trastevere, Mercato Testaccio, or Mercato Trionfale in Prati for inspiration. And if you’re a long-term expat who travels back and forth from Italy to family, consider signing up for some loyalty plans in 2017 (those fares are bound to add up). If you’re in town temporarily, a few insider hacks for saving: drink your cappuccino standing up at the bar with the locals (you almost always pay extra if seated), wander away from tourist sites and surrounding restaurants for a cheaper and far more authentic plate of amatriciana, and pick up the 72-hour RomePass (€38.50) which scores you two museum tickets of your choosing, unlimited access to public transport, and other discounts. And whether you’re a local or visitor, remember that Rome is essentially an outdoor museum: besides no-brainer spots like the Pantheon, Spanish Steps, and St. Peter’s Basilica, visit lesser-known corners of the city free of charge like the Coppede’ neighborhood, walk the Appia Antica, or grab a coffee in Parco degli Acquedotti.