Vinyl Revival, A guide for the new and old collector

Embedded within the dawn of nearly every genre of recorded music, vinyl is the carrier of countless histories with significant and lasting cultural effects. In the digital age where the physical format has largely been forsaken, people’s connections with records have saved the medium from irrelevance. Now, with vinyl sales smashing records on both sides of the Atlantic, the renewed interest is a testament to the timelessness of records.  Knowing where to look is key – and we’ve done the legwork for you. Check out our list of the most notable record stores in Rome. 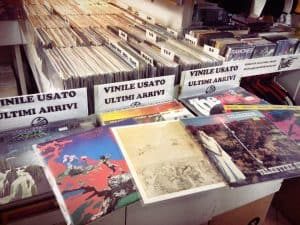 This gidden jewel is located in one of the most up-and-coming areas in the city of Rome called Pigneto. Opened in 1996, a music lover and an avid collector who is always on the lookout for new LPs, operates this joint. They carry a vast collection of punk, metal, hip-hop, soul, garage, ska, jazz, lanyard soundtracks and much more. Alongside the LP collection they also boast a great selection of CDs, gadgets, books and t-shirts. In 2017 they opened their sister store on in Via Del Boschetto 94, in Monti. 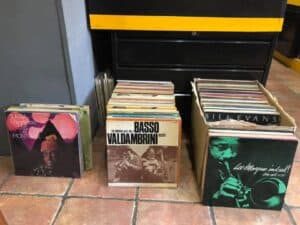 This is one of the most historical music stores in Rome. Here you’ll be able to find a huge range of LPs 33, 45, 78 RPM alongside CDS, music, books and more.  When it comes to genres they have it all covered:  jazz, rock, pop, classical, and those hidden rarities you’ve been struggling to track down.  Note that price range is pretty fair, ranging from 5-15 euros. 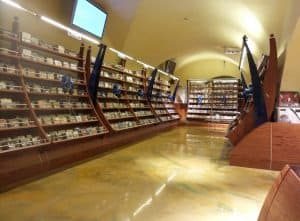 A big and diverse store in which you can find all types of vinyl. They also sell many books, DVDs and Hi-Fis.  Make sure to browse their impressive assortment of jazz and underground music. 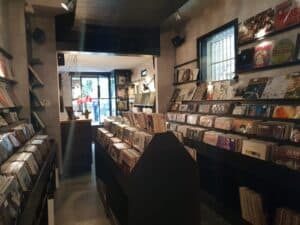 Welcome to the Jungle – Record Store

The last entry to the music stores’ world in Rome and also the largest. 200 square meters and thousands of titles, a place where you can spend hours searching, listening, discovering old and rare vinyls. From new to used, from CDs to musical collectibles. 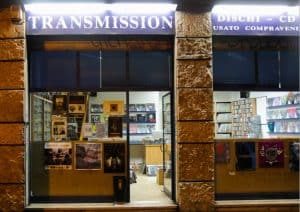 This store is also one of the classics of the city. They have an immense collection, so you can find something in every genre. They carry some new records on vinyl but most of them are used. They’re a good store for tracking down rare finds, but it is almost impossible to buy anything under 10-15 euros. 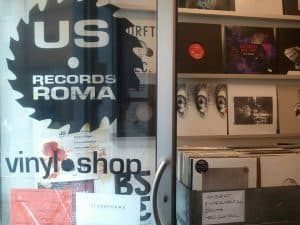 This vinyl shop is another spot completely dedicated to DJs. It carries only disco and electronic vinyl. If you are looking for this type of music, UltraSuoni is the place for you. 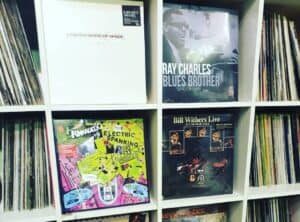 This is a store for the DJs of Rome. Here you’ll find all the equipment you need, alongside turntables, stereos, and sound boards. They also have a collection of vinyls for sale. Their section is small so it won’t take much time to browse, but they have great stuff in mint condition. Worth the go for the real vinyl enthusiast. 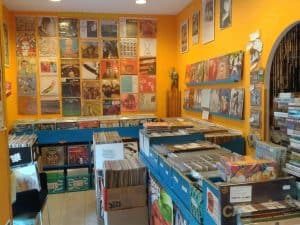 You’ll discover various rare treasures in this little store. The prices might not be cheap but they have many exceptional finds, so if you are looking for something really special you might just come across it here. 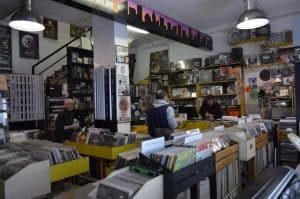 Located in the Portuense area, Pink Moon opened its shop in the early ’90s after working in historic record stores like Rock Set and Revolver. Today, it is a record lover’s paradise, where you’ll find both old and new cd’s, vinyl rarities and new releases imported from all over the world.

Run by two famous women of the Italian and Roman underground scene, Claudia Acciarino and Martina Ronca, this vinyl store is where you’ll find vinyls from a vast range of genres. From CDs, music cassettes, DVDs, VHS, T-shirts (of their own production and from other independent crafters), Patches, Accessories, Zines, Books (comic books, philosophy, esotericism, history, art, popular sports), Inferno Store is a true collector’s dream.

In the heart of the historic center, this vinyl shop is every vinyl aficionado’s dream. While they mainly offer new records, true fans of vintage sounds will be happy to know they can also find used records in the store’s used record department. You’ll mainly find rock and pop records but also reggae, folk. 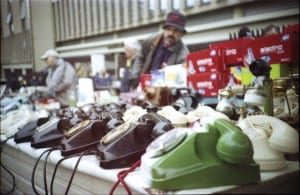 Via Portese, 31 (Sunday mornings only)

If you are an early riser and crazy for vinyl, you don’t want to miss Porta Portese. The historical market is held every Sunday morning and has an eclectic range of records. Its vinyl stalls are in the square between Via Portese and Via Ettore Rolli and continue down to Via Ippolito Nievo. It’s the only place in the city where you can pay two euros for a rare gem that anywhere else you’d never find for less than thirty.