Get ready, Romaeuropa Festival is returning to the capital to reaffirm itself as a one of the most acclaimed performance events in the country. The 29th edition of the festival kicks off on the 24th of September as Rome becomes the host of a two-month art, theatre, dance, music and performance extravaganza. This year’s theme; Life Blood, will set the stage for 52 projects and a total of 118 performances including both world and Italian premiers. Some of Rome’s most spectacular venues, such as La Pelanda, Teatro Brancaccio, Villa Medici and MAXXI will host shows by a star-studded array of emerging international artists. 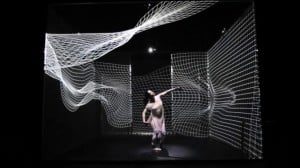 The opening show (24-26 September), Torobaka by Akram Khan and Isreal Galvan sets the bar high for the forthcoming festival. Their choreography, premiering in Italy at Auditorium Conciliazione, mixes the styles of flamenco and khatak and is inspired by sacred animals from their respective traditions. If you think you’re getting an exercise in dance exchange, think again. The way the artists negotiate their influences uses understanding rather than mimicry to create truly unique and imaginative movement.

The festival will also focus on up and coming Italian talents such as director Andrea Baracco (26-28 September, Teatro Argentina), who revises the Shakespearian masterpiece using screens and overlapping video projections. In collaboration with multimedia artists Luca Brinchi e Roberta Zanardo, Baracco seeks to restore the complexity of the timeless tragedy and the depth of the elusive Hamlet.

From the 9th to the 12th of October at Teatro Eliseo, theatre group RICCI/FORTE will be performing Darling; an innovative new play inspired by the classic, tragic trilogy Oresteia. Flitting between theatre, performance and song, the undercurrents of war, vengeance and love entwine to reflect and comment on our modern reality. 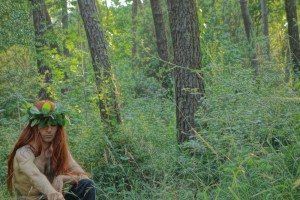 If you are searching for a completely unique from of musical theatre, why not see the new adaptation of King Arthur by MOTUS on October 18th and 19th at Teatro Argentina. King Arthur is a splendid combination of music and words: a bridge between baroque and contemporary theatre. Sounds become ambiguous and singing belongs to the realm of the supernatural in this fascinating dissection of music and the power it holds.

A mesh of styles comes in the form of Carmen (29-31 October, Teatro Brancaccio), with choreography by acclaimed South African dancer and choreographer Dada Masilo. Masilo returns to Roma Europa with a layered and personal interpretation of the Spanish femme fatale. Masilo’s signature energy and passion, along with African dance and ballet inspired style, make for an intoxicating performance. 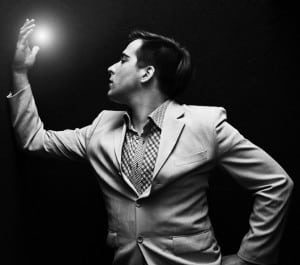 Two highly spectacular, Brit-speckled performances are featured in this year’s program thanks to the return of Jamie McDermott, who will interpret Cabaret Songs by Benjamin Britten and some new pieces composed for him by musician Conor Mitchell and playwright Mark Ravenhill. McDermott is also set to perform in a live concert with The Irrepressibles in Nude: Viscera, the new show by the British band, premiering on the 16th of October at Teatro Eliseo.

Contemporary issues and powerful political themes can be found in the staging of plays such as Operetta Burlesca by Emma Dante (18-30 November, Teatro Eliseo), which focuses on a homosexual boy oppressed by small town mentality, and German playwright Philipp Löhle’s Gospolin, about a tragicomic anti-hero rebelling against capitalism.

Also, make sure to catch the 5th edition of Digital Life, entitled PLAY. The project, showcased at La Pelanda from the 9th of October to the 30th of November consists of 10 sound installations focused on custom made musical instruments. Don’t miss out on the opportunity for tech-tastic interactions with a kinetic sound sculpture, a light harp and a sound swing, among other musical oddities.

For the full program and more details on the upcoming events, visit: www.romaeuropa.net