For a woman travelling alone in Rome, safety should be as important as finding the best gelateria. But this shouldn’t mean you walk the streets in fear, clutching your handbag, avoiding eye contact and refusing to chat to the locals. Rome is a magical city and the real crime would be to miss out on its majestic splendour, particularly at night, when it is arguably at its most beautiful.

How safe is Rome?

According to Safearound.com, Rome ranks 71st in a list of the world’s safest cities, with a safety index of 63.9 out of a possible 100. And Numbeo gives Rome a high rating of 73.64 for safety when walking alone during daylight, compared to 45.24 during the night.

In terms of crime reported by Rome’s polizia to the judicial authority, the latest ISTAT (Instituto Nationale di Statistica) figures show that in 2016 there were 1,845 bag snatches, 24,575 incidences of pickpocketing, 1,703 street robberies, 352 rapes and 10,856 swindles and cyber fraud crimes.

Of course, not all these crimes would have been committed against foreign tourists. But last autumn saw a number of widely publicised sex attacks on foreign females in Rome and other areas of the country, sending a sinister warning to women travellers. Rome mayor Virginia Raggi even declared it a “black September for Italy”.

If you’re a solo female traveller, you will already have considered the basic principles of staying safe in a major city. After all, you probably live in one yourself.

Yes, as a woman living in the 21st century, you should have the right to walk where you want and at whatever time of day or night. But in the real world, a moment’s lapse can leave you vulnerable to hidden dangers. The main rule of thumb when it comes to safety is to behave as you would at home – would you usually cut through a dark alleyway or a park in the early hours of the morning, or accept a lift from a complete stranger you met on the street?

Across the city, there are certain hotspots where tourists are targeted for petty theft. In the historical centre, the open-air museum of Ancient Rome or the Vatican, all crammed with tourists, peak season provides rich pickings for potential scammers and petty thieves.

Public transport is also rife with pickpockets, such as on the metro or the notorious number 64 bus to the Vatican.Make sure that you keep your wallet, phone and any other valuables secure and out of view (not in your back pocket) and don’t leave your handbag on the floor or draped on the back of a chair while people-watching at a street side café. You should be alert about the “baby Roms”. Rome is full of gypsies, and a recent phenomenon is that groups of underage Rom girls steal belongings from commuters. So stay alert even if they look like girls that wouldn’t do anything. Watch out for passing motorini too – a common trick is for a bag-snatcher to swipe your handbag as they pass by on their scooter.

Confidence tricksters are also common in crowded areas such as Termini station, the Vatican and other major tourist sites. Don’t fall for fake petitioners asking for your personal details. And, as tempting as it is to buy a knock-off designer handbag for a bargain, don’t accept goods from illegal sellers – the police could potentially even prosecute you for doing so.

Cybercrime is a growing concern in Italy, so use ATMs attached to or inside a bank instead of stand-alone machines. And look out for any advices which seem to be stuck on to the machine, or someone loitering behind to grab your cash or steal your PIN number.

If you’re walking late at night, aim to stay in busy, well-lit areas and resist the temptation to wander down a pretty but poorly-lit vicolo alone in the early hours if you’re not already familiar with the area and confident that it’s safe.

Perhaps the biggest risk to women – or at least the biggest concern – is the risk of sexual assault. There still exists something of a macho culture in the Italian capital, but there is a huge difference between a friendly “ciao bella” on the street and some random stranger trying to feel you up on the night bus. Some things may seem a little different to back home, but groping is never acceptable and is a crime in Italy.

And while the idea of hooking up with an attractive Roman ragazzo is appealing to some ladies, it’s important to take the same precautions you would at home on a night out. As a foreign female on holiday, the constant compliments and romantic location can make you feel like a beautiful Hollywood starlet in a classic film scene. But be careful not to mix spontaneity and having fun with taking risks. When accepting drinks and Vespa rides home, stay relaxed but remain alert enough to make sure your safety isn’t compromised in the search for a foreign fling. If you are going to drink alcohol, know your limit and don’t leave food or drinks unattended.

The best way to avoid unwanted attention or potential theft is to make an effort to blend in – try not to look like the typical tourist, attempt to learn a few useful Italian words and phrases and stick to a more Italian dress style if you want to ward off the wolf-whistles.

In the (unlikely) event anything should happen during your trip, it’s a good idea to keep the following digits in your mobile contacts, as well as local taxi numbers, details for your country’s embassy and your hotel or Airbnb contact if you have one. 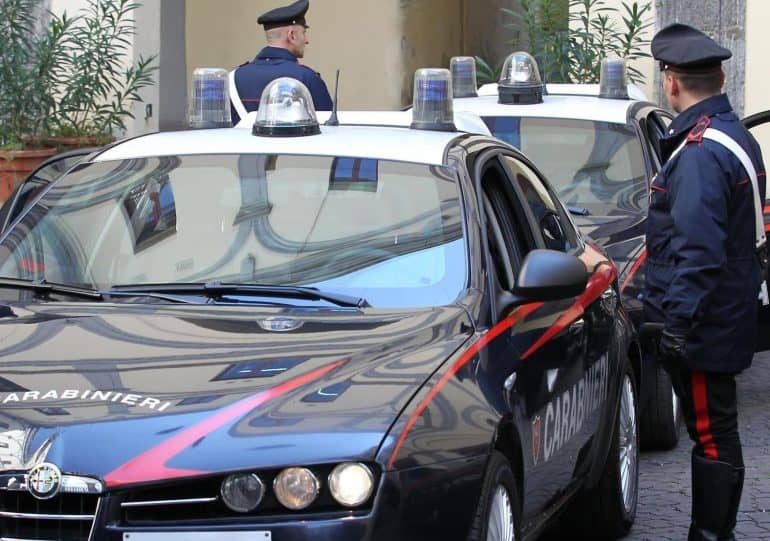 Overall, Rome is a very safe place to visit as a solo female traveller. Exploring Rome alone should be a life-enhancing experience, visiting incredible monuments, gazing at beautiful works of art and meeting the kindest, funniest local characters.

So, pull your bag strap across your chest, grab an after-dinner gelato and take an evening passeggiata around one of the greatest cities in the world.