What happened to the sculptures and decorations of the Baths of Caracalla?

The Baths of Caracalla are thermal baths located southeast of the city that were built during the reign of Septimius Severus and Caracalla around 212 and 217 AD. They were the second largest public baths in Rome in their time. When the baths were originally built, they were ornamented with lavishing sculptures and decorations. However, around 530s the baths lost their function and were left to be empty remnants of the past.

What happened to the sculptures and decorations is sadder than the structure itself. The baths can be visited today as a part of Roman history and marvel. The decorations are thought to be more than 120 in number, with high quality pieces. What was left after its disuse was mostly used to make lime around the Middle Ages, but around the 16th century Pope Paul III Farnese lead an excavation in the area and took the found piece to his various palazzi to be used as lavish pieces. 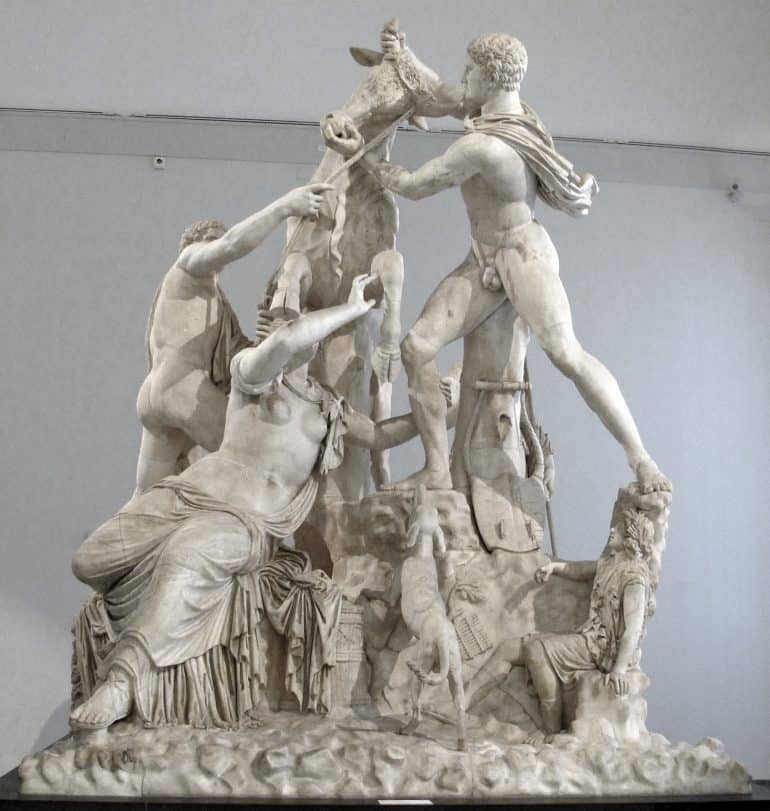 One of the best know pieces coming from the baths is “The Farnese Bull”, which is now located in Museo Archeologico Nazionale di Napoli, where it has been since 1826. This piece is the largest of its kind to be fully recovered from antiquity. Also in Museo Archeologico Nazionale di Napoli is the “Farnese Hercules”. The sculpture was discovered from the Frigidarium of the bath, which was the large cold pool of the baths. 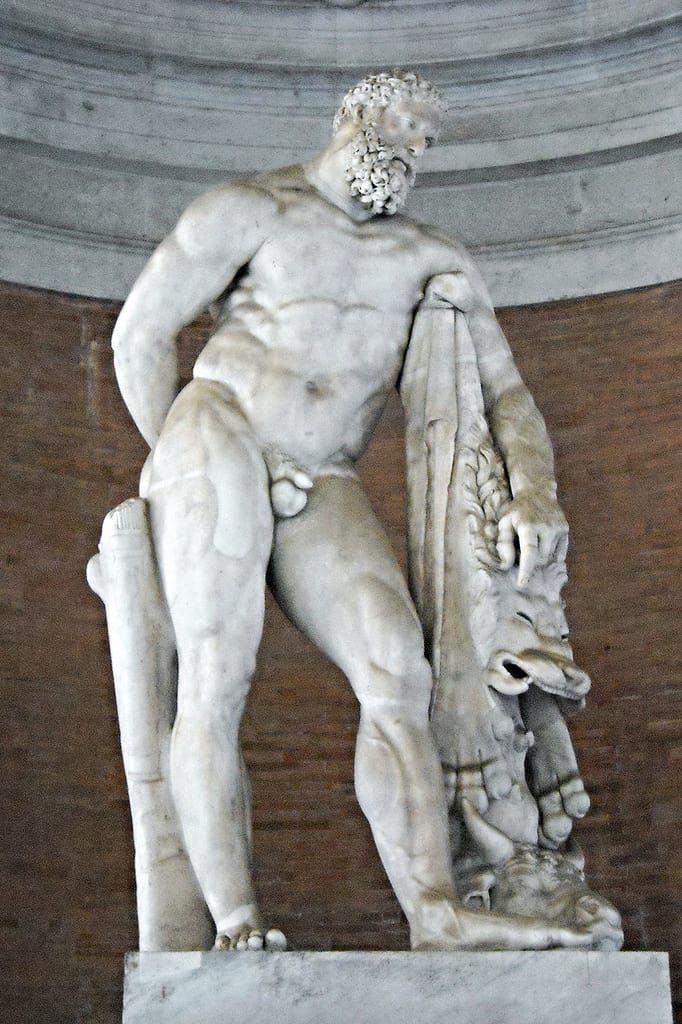 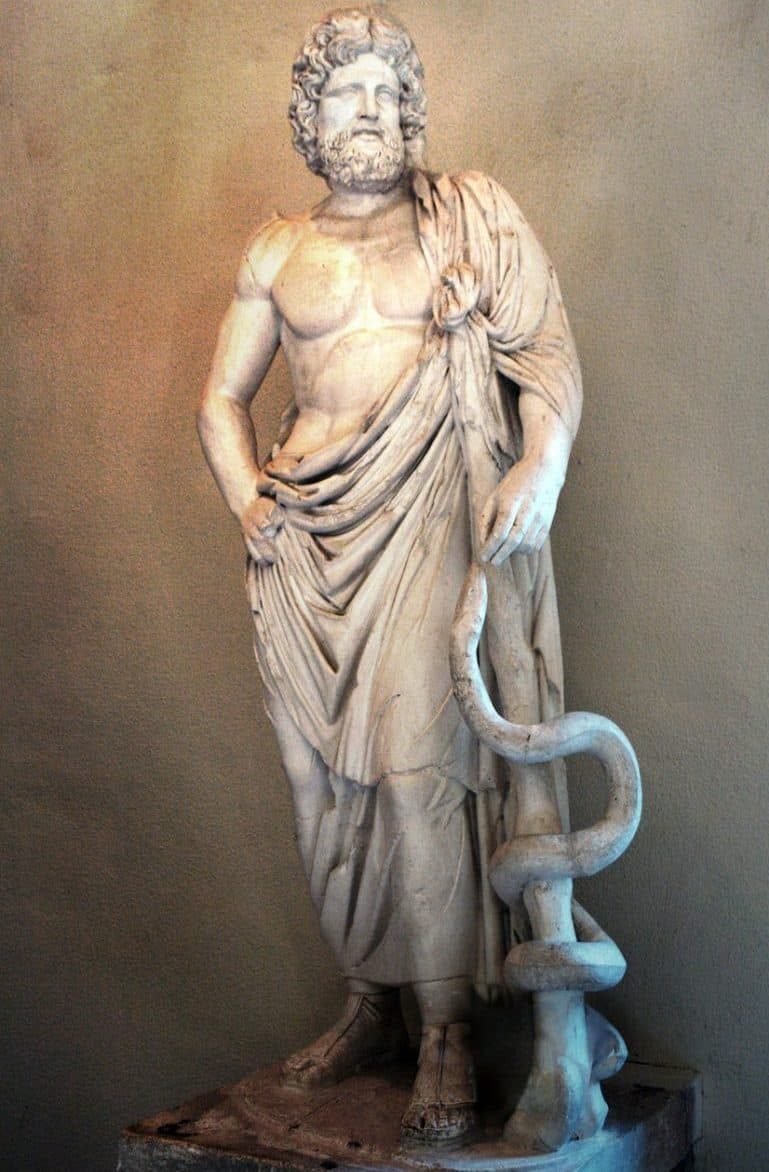 Another figure hero/god figure that was found was the sculpture of “Asclepius” that was 4 meters tall. He is believed to be the hero and god of medicine in ancient Greek religion and mythology. However, this sculpture’s now located in The Archaeological Museum of Epidaurus, in Greece. 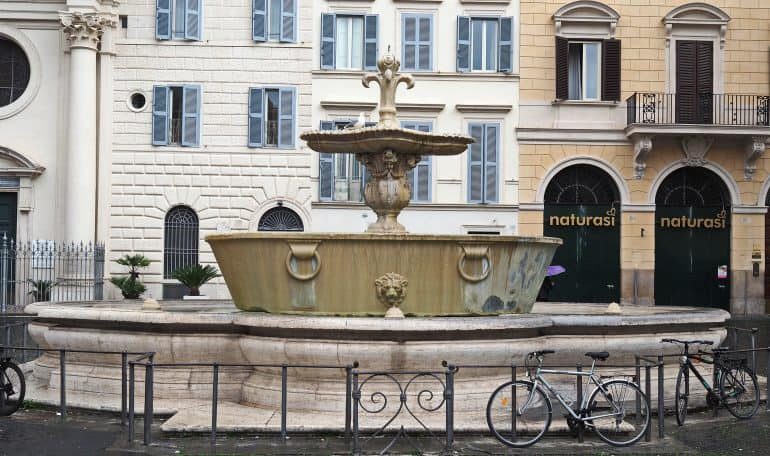 Other works taken by the Farnese excavations were two granite tubs or basins, also from the Figidarium to be taken to Piazza Farnese in which they still serve as fountains. Pope Paul III Farnese asked Girolamo Rainaldi, a mannerist architect to transform the pieces into the fountains of their current state. One of the pieces that traveled the longest distance was “The Column of Justice”. The column was given as a gift to Cosimo I de Medici by Pope Pius IV after its excavation from the baths. The 50 ton, 11-meter-long column was transported to Florence through the rivers in great difficulty. 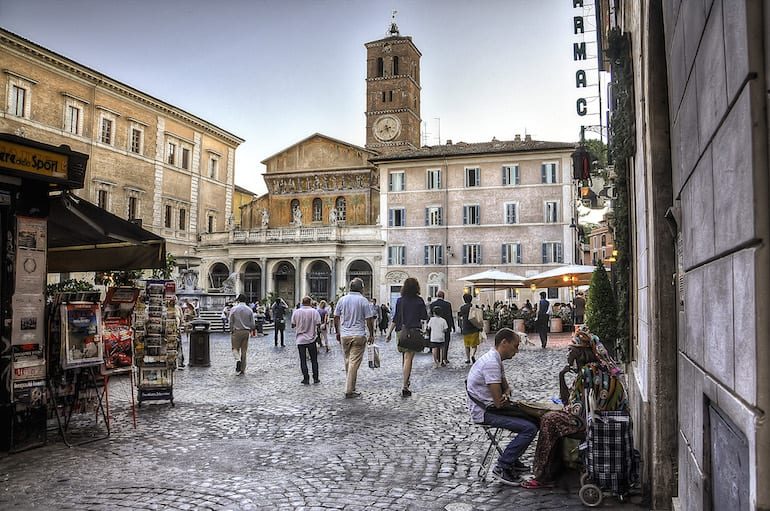 Taking nearly a year the column arrived in Florence in 1565. The column was taken from the Natatio, the open-air bathing pools. The column now holds a pink porphyry statue of Justice on its top. Several other columns and capitals were brought from the baths to Santa Maria in Trastevere to be reused and utilized in the church. The same method of recycling was done for the columns of Duomo di Pisa.