Visit the Baths of Caracalla in 4D Virtual Tour

The Ancient Romans were somewhat obsessed with terme. They were the places to socialize, relax, and take care of your body – and even the poorest people could access them. It would be an understatement to say they were a big part of Roman life and culture. So imagine if you could go back in time and visit these baths – walk through the locker rooms, admire the pools, and gaze at the gyms and the Frigidarium and Calidarium – wouldn’t that be something?

But what if I told you you wouldn’t have to imagine how these baths looked? What if I told you you’d only have to put on a pair of goggles to travel back in time to 216 AD, to when the notorious Emperor Caracalla from the Severi dynasty inaugurated the Baths of Caracalla – “the baths of the people”?

Thanks to the Sopraintendenza Speciale of Archeologia Belle Arti e Paesaggio of Rome, there aren’t any time travelling barriers, this time. The Baths of Caracalla are the first great Italian archeological site entirely seen in 4D, and the only monumental baths of Ancient Rome to have maintained their architectural structure in such a complete and preserved from. Just put on your pair of goggles, select the area you want to see and buckle up – you’ll be caught up in a world between physical and virtual reality, allowing you to go on a journey back in time through the fourth dimension. It’s called augmented reality, and thanks to geo-referencing and orientation systems, visitors have the possibility to continuously compare what they see around them to the reconstruction of the baths in 4D.

As you walk inside, admire the stunning mosaics which represent the most important Roman mosaics in terms of the quantity and quality in which they’re preserved. Closely look at their colors, from the white to the yellow and red, you’ll be surprised to learn that only the white mosaics were from Italy, the rest of them came from all corners of the Roman Empire. Walk through the ancient ruins, look at the holes where marvellous columns and statues once adorned the site, to only see through the goggles the actual artworks that were present in the baths. With the new augmented reality experience at Terme di Caracalla, your imagination will not have to take over to live history.

The visit is divided into 10 sections – of which six are in virtual reality – and is is based on studies of the last thirty years, of which the scientific part was curated by Marina Piranomonte, director of the monument. If you plan on visiting this site with augmented reality, make a reservation in advance as there are only 100 virtual reality sets available, and you definitely don’t want to miss it!

Whether you live in the Eternal City or you’re visiting Rome for the first time, Terme di Caracalla’s augmented reality visit is something to experience, and something you will never forget in the years to come. 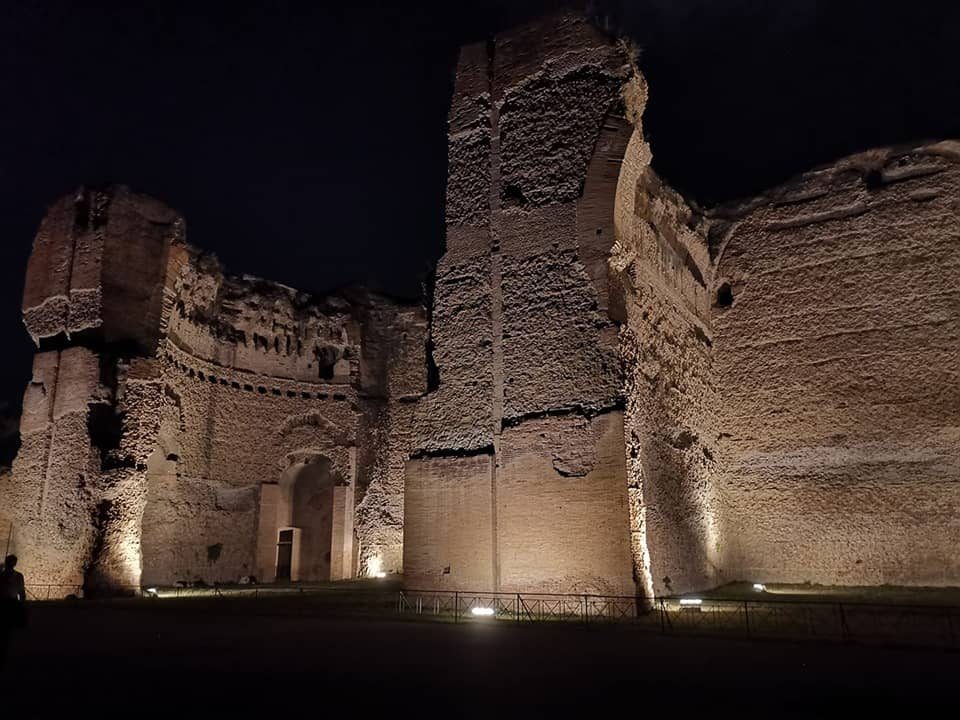