Architectural tour of Rome: a run down of the most interesting buildings from each movement

The saying goes that Rome wasn’t built in a day, and almost 3000 years after its foundation it is still a work in progress. One of the most architecturally diverse Italian cities, a stroll through the streets of Rome is a stroll through history, from the arches of ancient Rome to the drama of its Baroque churches to the precise, symmetrical monuments of the Fascist era.

On everyone’s must-see list when visiting Rome are the Colosseum and the Pantheon, and for a good reason. But Ancient Roman domes and arches can be also be found further away from the crowds.

A magnificent palace built by Emperor Nero after the great fire of 64 AD destroyed much of the city, the buried Domus Aurea was rediscovered in the 15th century when a young Roman fell through a cleft in the Esquiline hillside and found himself in a cave filled with paintings. Only a small section of the original palace is available to the public, but a virtual reality reconstruction allows you to experience the halls and countryside as it would have looked.

Triumphal arches are a staple of Roman architecture, used to commemorate battles and other public events. The Palatine Hill’s Arch of Titus may look particularly familiar; since its construction in 82 AD, monuments around the world have been built in its image, such as Paris’ Arc de Triomphe and London’s Wellington Arch.

The arrival of the Renaissance and Baroque meant that few examples of Romanesque or Gothic architecture remain in Rome, as many churches were significantly altered.

One of those that has survived is the Chiesa di San Saba, which was originally built in 645 by monks who had fled their monastery of St Sabas in Palestine after the islamic invasion. The church we see today was altered in the 10th century to adhere to the Romanesque style, but still retains elements of its Byzantine heritage.

The only truly Gothic church still standing in Rome is Santa Maria Sopra Minerva, designed in 1280 and modelled on Santa Maria Novella in Florence. Whilst a Renaissance facade was added in the seventeenth century, the church’s rose windows belie its unique Gothic interior; beautiful arched vaulting and striking blue and gold panelling.

Equally unmissable is the Basilica dei Santi Quattro Coronati’s Aula Gotica, or Gothic Hall; open just a few days a month, it is home to multicoloured frescoes that were discovered in 1995 and are now considered masterpieces of the 13th Century.

Renaissance architecture was born in Italy, and Rome boasts some of its best examples. It represented a revival of classical ideas, which are embodied in the harmonious and precise Tempietto, a commemorative tomb designed by Donato Bramante – the architect behind St Peter’s Basilica. More sculpture than building, it is nestled in the quiet courtyard of San Pietro in Montorio, on the Janiculum hill. 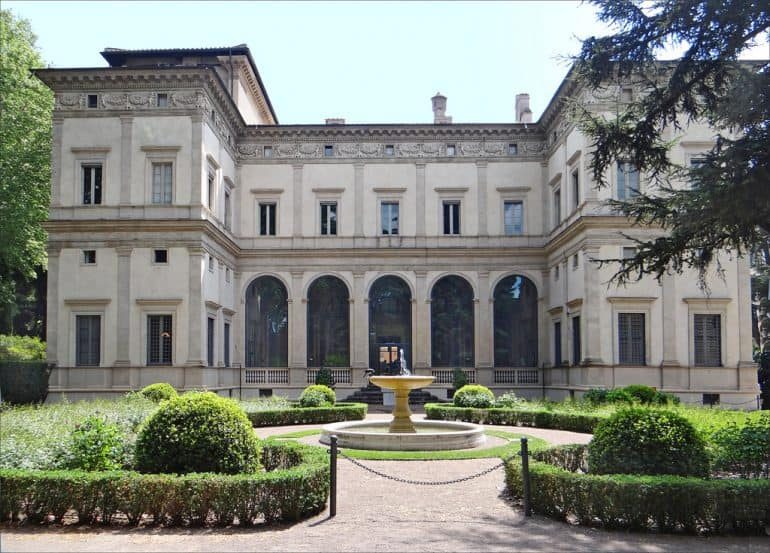 Palazzo Massimo alle Colonne is a Renaissance palace with an interesting history; its elegant facade is a convex curve as it was built upon the ruins of the stadium of Domitian. Inside, open one day a year, is a small chapel where young Paolo was said to have been briefly resurrected by San Philip Neri. Also designed by Peruzzi is the stunning Villa Farnesina in the heart of Trastevere, which is home to many Raphael frescoes.

The Baroque is everywhere in Rome, from Piazza Navona to St Peter’s Square. Built in 1568, the sumptuous Chiesa del Gesu is considered the first example of truly Baroque architecture, with its classically influenced facade and fresco filled interior.

Sant’Ivo alla Sapienza, another creation of Boromini’s, was originally built for Rome’s Sapienza University; the floor plan resembles the Star of David, symbolising wisdom. The church exudes harmony; even its facade is curved and appears to complete the courtyard in which it is situated. Equally harmonious is Bernini’s Sant’Andrea al Quirinale, which he considered one of his most perfect works; the unusual oval structure, found on the Quirinal Hill, represents a union of architecture, painting and sculpture.

Rome’s fixation on its classical past continued into the 19th century with the Neoclassical movement. The most famous example of this is probably the extravagant Altare della Patria in Piazza Venezia, but off the beaten track there are some true gems. To the east of the centre, in Nomentana, is Villa Torlonia, a neoclassical villa and gardens which were rented as a state residence by the Torlonia family for 1 lira a year to Mussolini. The park is worth visiting in its own right; symmetrical avenues lead away from the house towards exotic plants, unusual outbuildings and ponds. 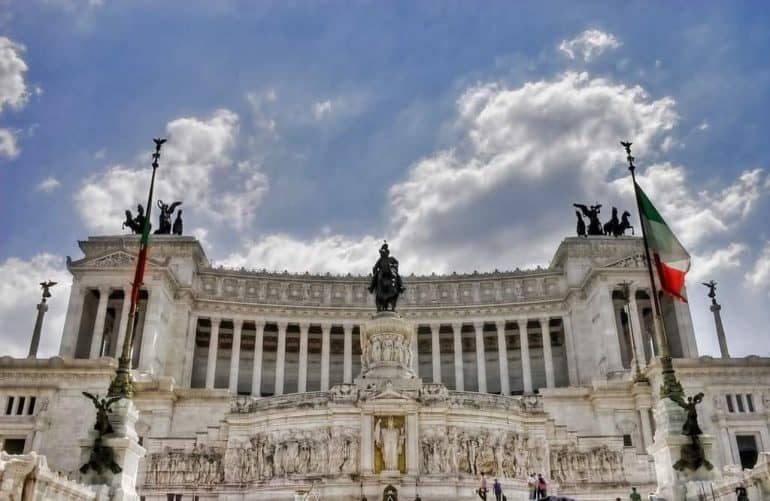 Also to the East, in the studenty San Lorenzo district, is the Campo Verano, an extravagant 19th century cemetery. The large mausoleums are dotted amongst the cypress trees and stone pines, and the place exudes a sense of serenity.

Quartiere Coppede is an architectural curiosity that can be seen just by wondering through the Trieste area. It consists of about 40 structures designed in the Art Nouveau style – or Libertà, as it is known in Italy – by Gino Coppede between 1913 and 1927. These are largely inspired by nature and give the quarter a sense of the fantastical and fairytale.

Galleria Sciarra, on the other hand, is an indoor experience, initially designed in 1882 as a shopping centre. The best time to visit is the evening – it’s open until 8pm – as the light coming through the glass and iron ceiling illuminates the brightly coloured frescoes that cover the walls of the courtyard.

If Fascism hadn’t fallen, Rome would look very different; designed by Fascist architects in the 1930s, the EUR district was intended as the new city centre. Its most iconic building is the Palazzo della Civiltà Italiana – now the headquarters of fashion house Fendi – intended as a modern take on the Colosseum to recall the grandeur of ancient Rome. 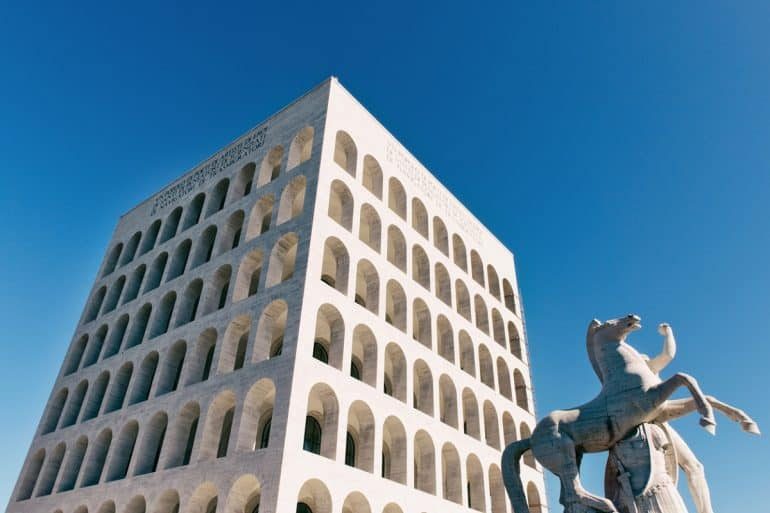 Also worth seeing is the main campus of La Sapienza University of Rome, which was commissioned by Mussolini and boasts the same grand scale, crisp lines and white marble.

While Rome isn’t famous for its contemporary architecture, there are some must-sees; Zaha Hadid’s MAXXI – Museum of 21st Century Art – won the Stirling Prize for architecture in 2010, and Richard Meier’s Ara Pacis Museum, the first great architectural venture in the centre of Rome since Fascism, has generated significant controversy.

Further out, but also worth a visit are Meier’s Jubilee Church and Sartogo and Grenon’s Chiesa del Santo Volto di Gesu in the Portuense neighbourhood.