Picture yourself in the charmingly chaotic centro storico, walking through the shadow of the Pantheon, you turn down a cobblestoned alleyway and find yourself in front of Rome’s latest restaurant: Archivolto. It’s on the ground floor of the boutique Hotel Scenario and with only twenty seats, it’s truly an intimate spot for locals and internationals to share a meal. The interior plays with contrasts; occupying a typical Roman palazzo, the hotel has been restored in a raw and minimal style that recalls Tadao Ando. Within this modern world the menu is a game of memory, returning to tradition with dishes that bring you back to visiting your nonna in the countryside. 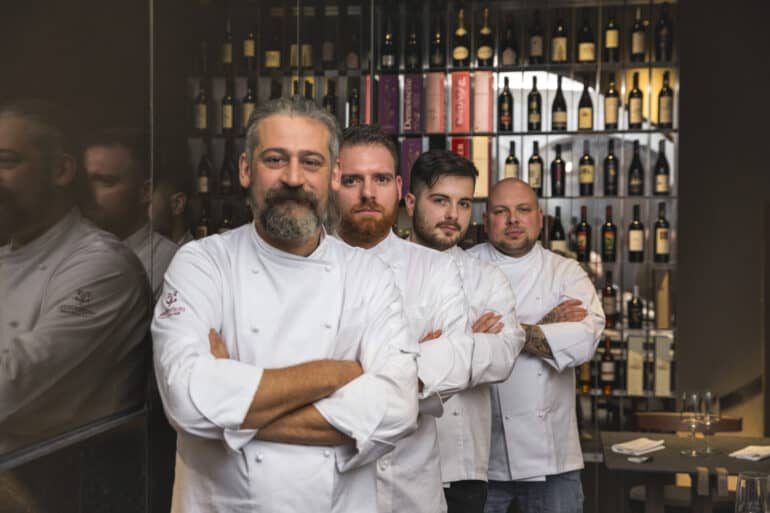 The name Archivolto means the “top of an arch”, the essence of classicism and elegance in architecture which is reflected in the culinary art of the establishment. The face of the arch is also a reference to masks. The idea of the hotel is to develop a theatrical experience where the guest feels like the protagonist of their stay. Complete with suites, a terrace, a spa, a top quality restaurant and a phenomenal location, it’s sure to be an unforgettable performance. 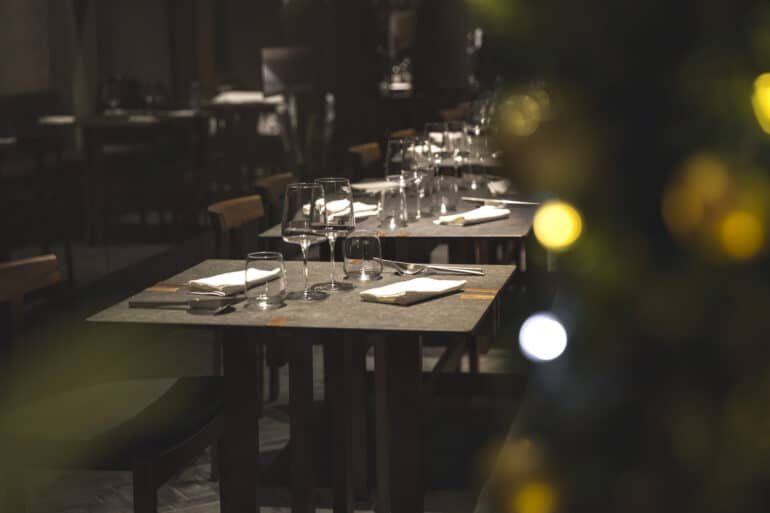 The chef is celebrated Giorgio Baldari, known for his innovation and success with Barberi23 where he cooks without fire. He is a real character whose voice carries the unmistakable booming gruffness of a born and bred Roman. He grins describing his grandparents, on one side from the North who fed him Baccala, and on the other side from Calabria who served pasta with a rustic sauce of tomatoes and goat cheese. This intimate relationship with eating is tangible and felt in the soul of the menu. Look no further than “Not only gnocchi”, gnocchi Roman style with yellow tomato sauce, goat cheese and sea urchins. He knows the first and last name of every producer the ingredients are sourced from, all local and as devoted to the highest standards of food as the chef himself. 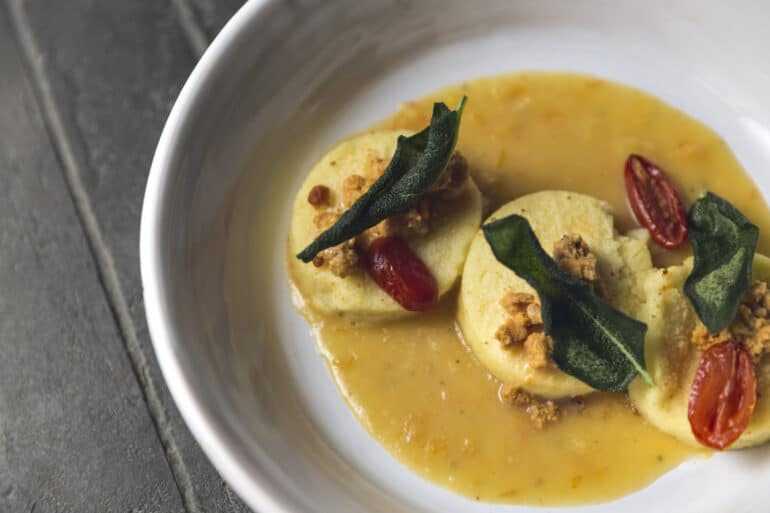 The tables are made of stone and wood, the raw material creates a canvas for the terracotta pots which every dish is served in. The chef worked with the ceramic craftsman Stefano Taddeo to design bespoke pottery which maintains a rustic country feel on the outside, while the inside is white and clean like a plate. There is a beautiful doubling in the firing of ceramics and the cooking of food. The lids are removed as the meal is served, a nod to the theatrical experience of dining. The grand reveal shows exquisite food in hearty nonna-style portions. Baldari said he doesn’t want anyone leaving hungry, I can assure you an impossibility. The restaurant is visionary in its ability to serve five-star food with the substantial portions of a trattoria. 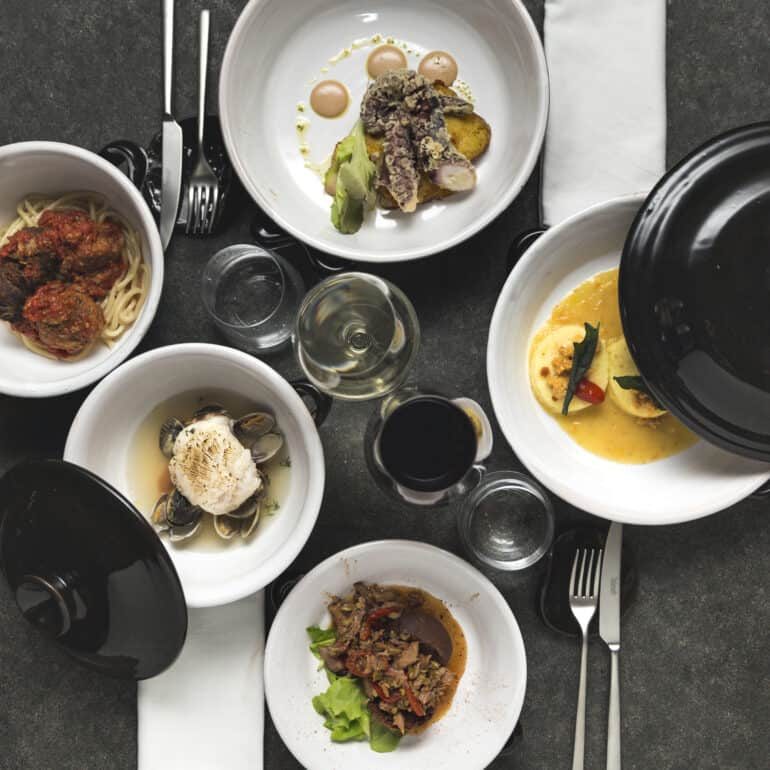 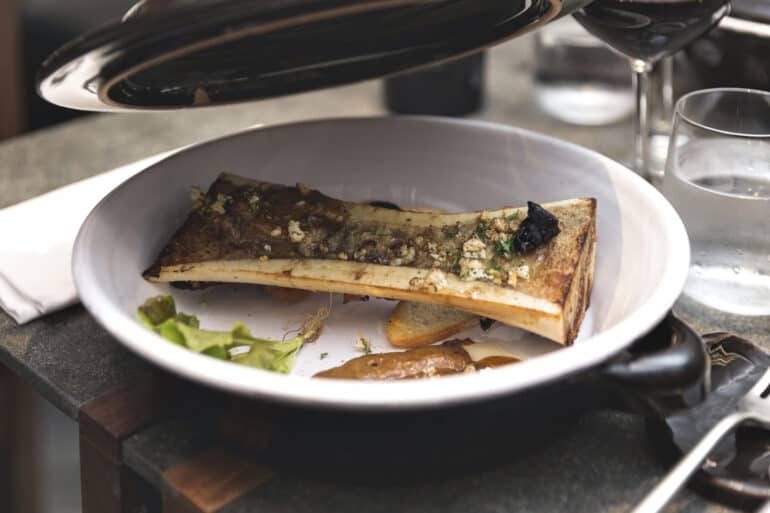 At Archivolto I tried recipes I could never have conceived of, like “Lingotto” a swordfish fried in espresso and served with an aubergine tart with dark chocolate. The food evokes the traditions of Italian cooking, but with an ingenious and unexpected approach. You will not find the inescapable monotony of Rome’s five pastas. Instead, enjoy the forgotten simplicity of spaghetti with anchovies and butter, the poetry of risotto with prawns, baked onion stuffed with fondue, a succulent bone marrow served in the bone and grilled with bread crumbs with parsley. Having worked in New York and France, the chef brings an international perspective, laughing at the inherent contradictions of Italian food snobbery: vongole with parmesan is out of the question, but of course mozzarella and anchovies are a natural pairing. His open mind brings traditional cuisine to new and dizzying heights. 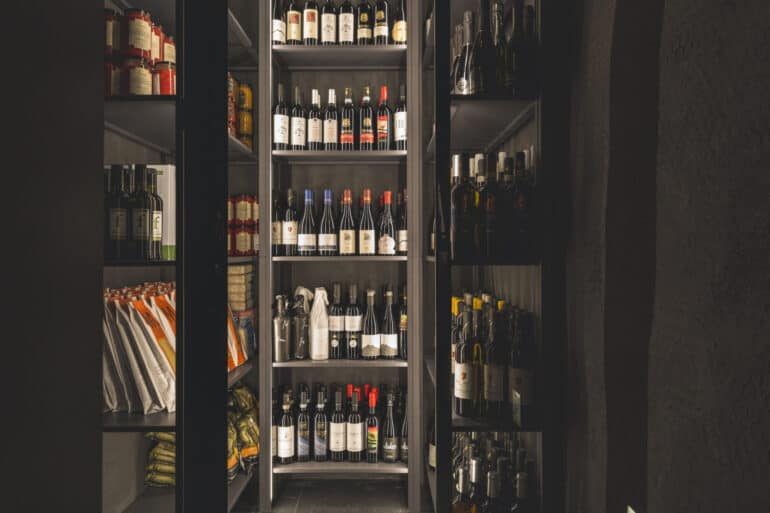 The wine list is exceptional and complemented with a host of digestifs to end the meal in style. As the space was originally the palazzo’s courtyard, the roof is retractable and you can enjoy your meal under the stars. Between the interior design by Studio MORQ and the revolution of Italian food culture led by chef Baldari, you are guaranteed an unforgettable experience.